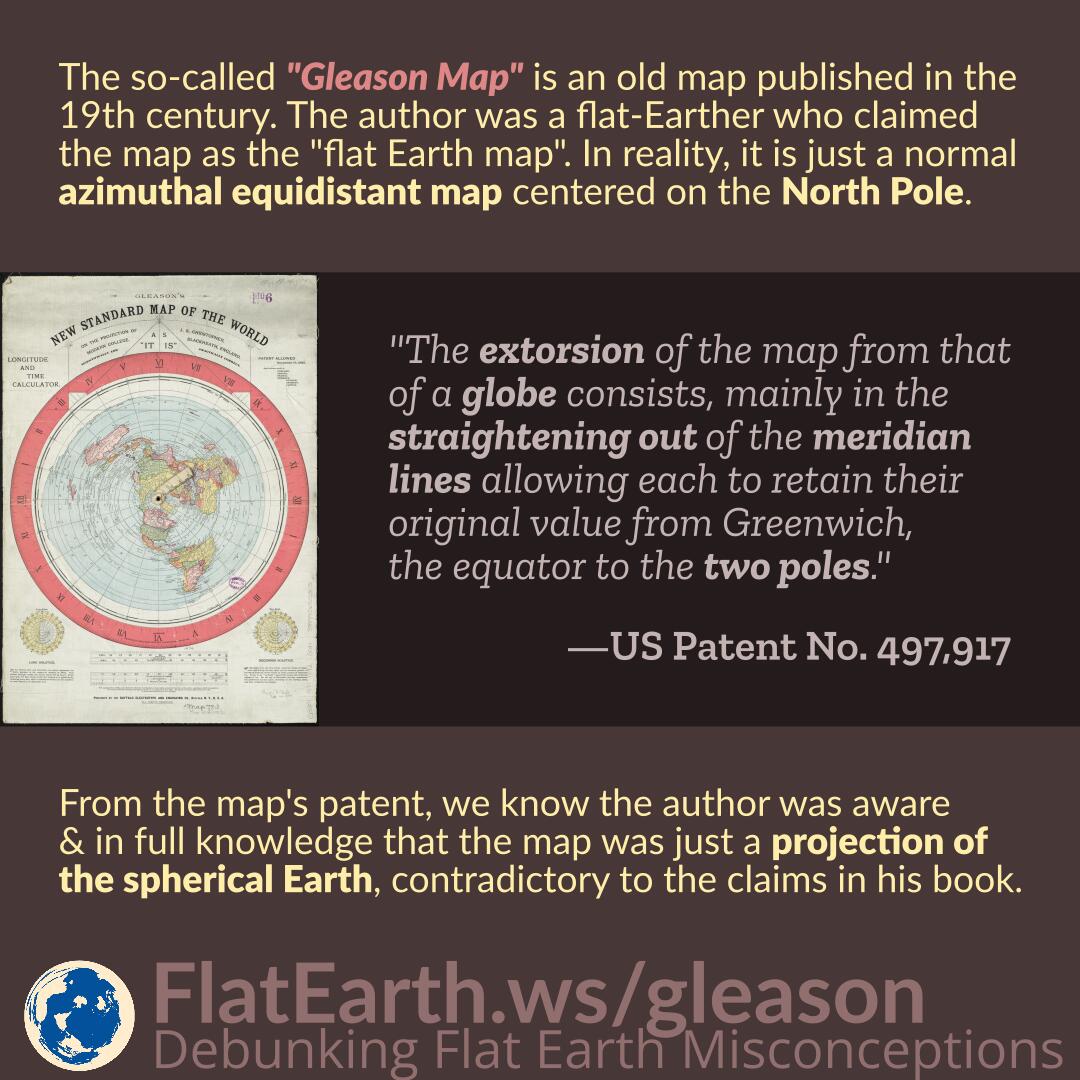 The so-called “Gleason Map” is an old map published in the 19th century. The author was a flat-Earther who claimed the map as the “flat Earth map.” In reality, the map is just a normal azimuthal equidistant map centered on the North Pole.

From the map’s patent, we know the author was aware and in full knowledge that the map was just a projection of the spherical Earth, contradictory to the claims in his book.

Gleason might have claimed that the map is the “flat-Earth map” but his explanation written in his patent for the map is contradictory:

“The extorsion of the map from that of a globe consists, mainly in the straightening out of the meridian lines allowing each to retain their original value from Greenwich, the equator to the two poles.” —US Patent No. 497,917 by Alexander Gleason

From the registered patent, he never mentioned that the Earth is flat. On the contrary, he said that he made the map from a globe, which explains how a north-pole centered azimuthal equidistant map is designed.