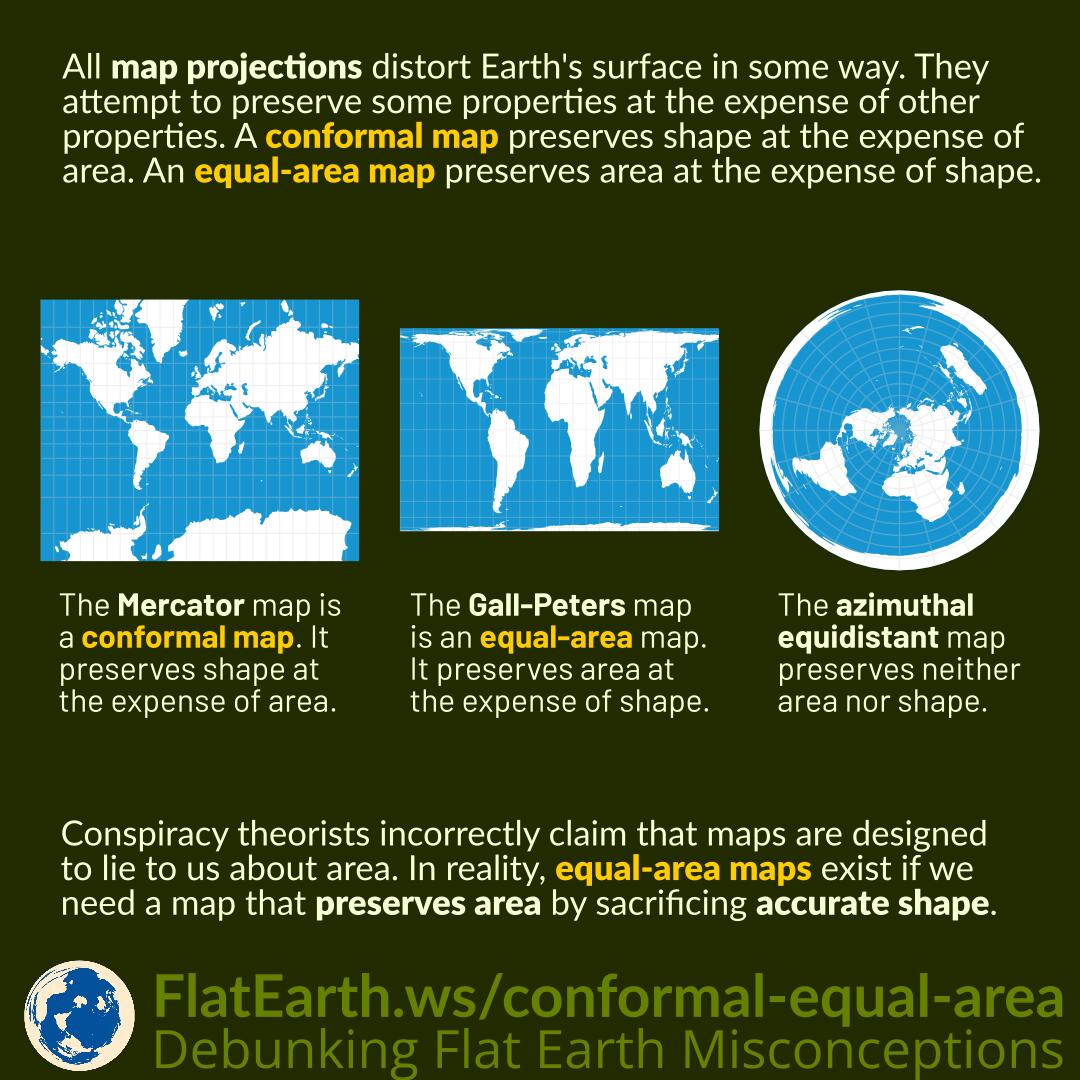 Conspiracy theorists incorrectly claim that maps are designed to lie to us about the real area of countries. In reality, equal-area maps exist if we need a map that preserves area by sacrificing accurate shape.

The Mercator map is a conformal map. The shapes of small countries look the same on the map as they do on spherical Earth. It does that at the expense of accurate area. Countries closer to the poles look larger than those near the Equator.

The Gall-Peters map is an equal-area map. The size of a feature on the map is the same relative to its size on Earth. It does that by sacrificing proper shape. The shapes no longer resemble that on a globe.

The azimuthal equidistant map preserves neither area nor shape. Instead, it preserves accurate direction and distance from its center point.