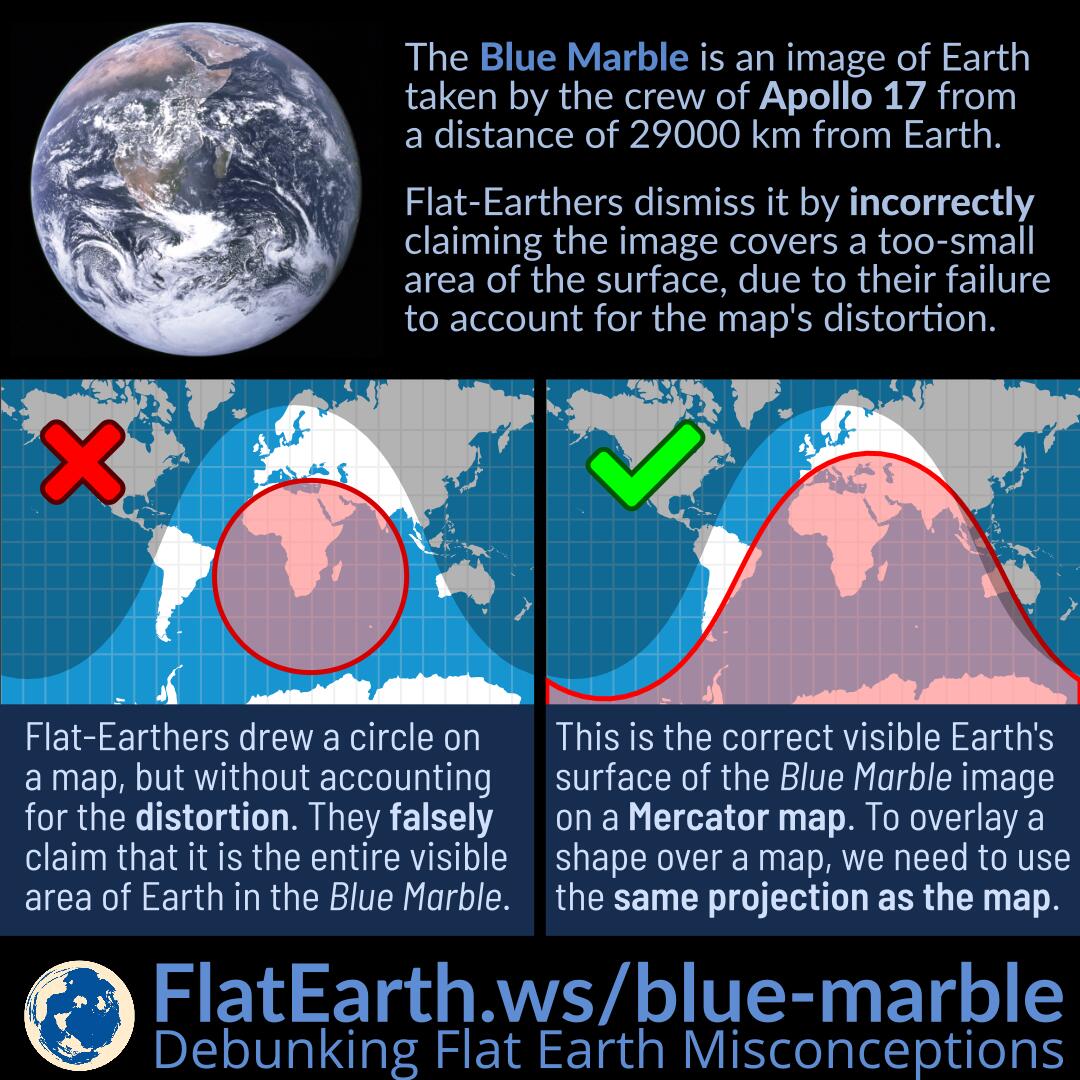 The Blue Marble is an image of Earth taken by the crew of the Apollo 17 spacecraft on its way to the Moon. It was taken from a distance of 29000 km from Earth’s surface.

Flat-Earthers dismiss it by incorrectly asserting that the image covers a too-small area of Earth’s surface, due to their failure to account for the maps’ distortion.

In reality, they failed to account for the distortion introduced by the projection used by the map. A circular area in the real world will not necessarily appear as a circle after the translation using the projection the map uses.