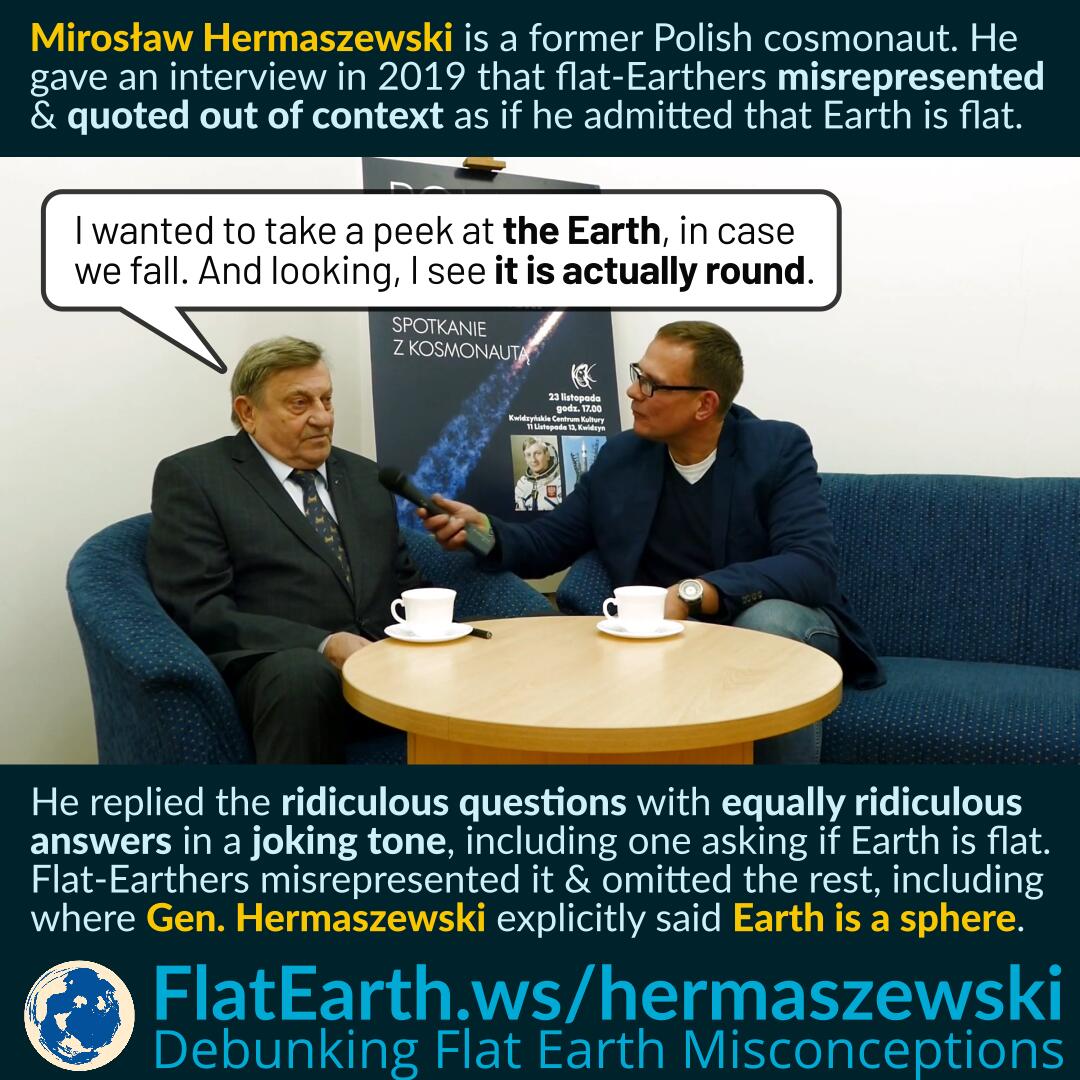 General Mirosław Hermaszewski is a former Polish cosmonaut. He gave an interview in late 2019 that flat-Earthers misrepresented and quoted his statements out of context as if he admitted in the interview that Earth is flat.

In the interview, he received some ridiculous questions, and he answered them with equally ridiculous answers in a joking tone, including the question at the end of the interview where he was asked if Earth is flat. The General was surprised by the question, but he decided to play along and answered “it is flat” for a hilarious ending.

Unfortunately, as with many other cases, flat-Earthers are not aware they are being ridiculed in the interview, and take the General’s statement as serious. That small part at the end of the interview is often seen in flat-Earth circles as a hoax that claims it as an endorsement of flat Earth by the General.

The rest of the interview was about how the General became a cosmonaut and his experience in space. At one point, he mentioned that he took a peek outside the window of his spacecraft to make sure everything is OK and witnessed that Earth is a sphere.

Another ridiculous question he received is whether he ever saw a UFO. As with the last question, he also joked by telling the interview he cannot answer the question on camera, almost catching the interviewer off-guard before he broke his laughters.