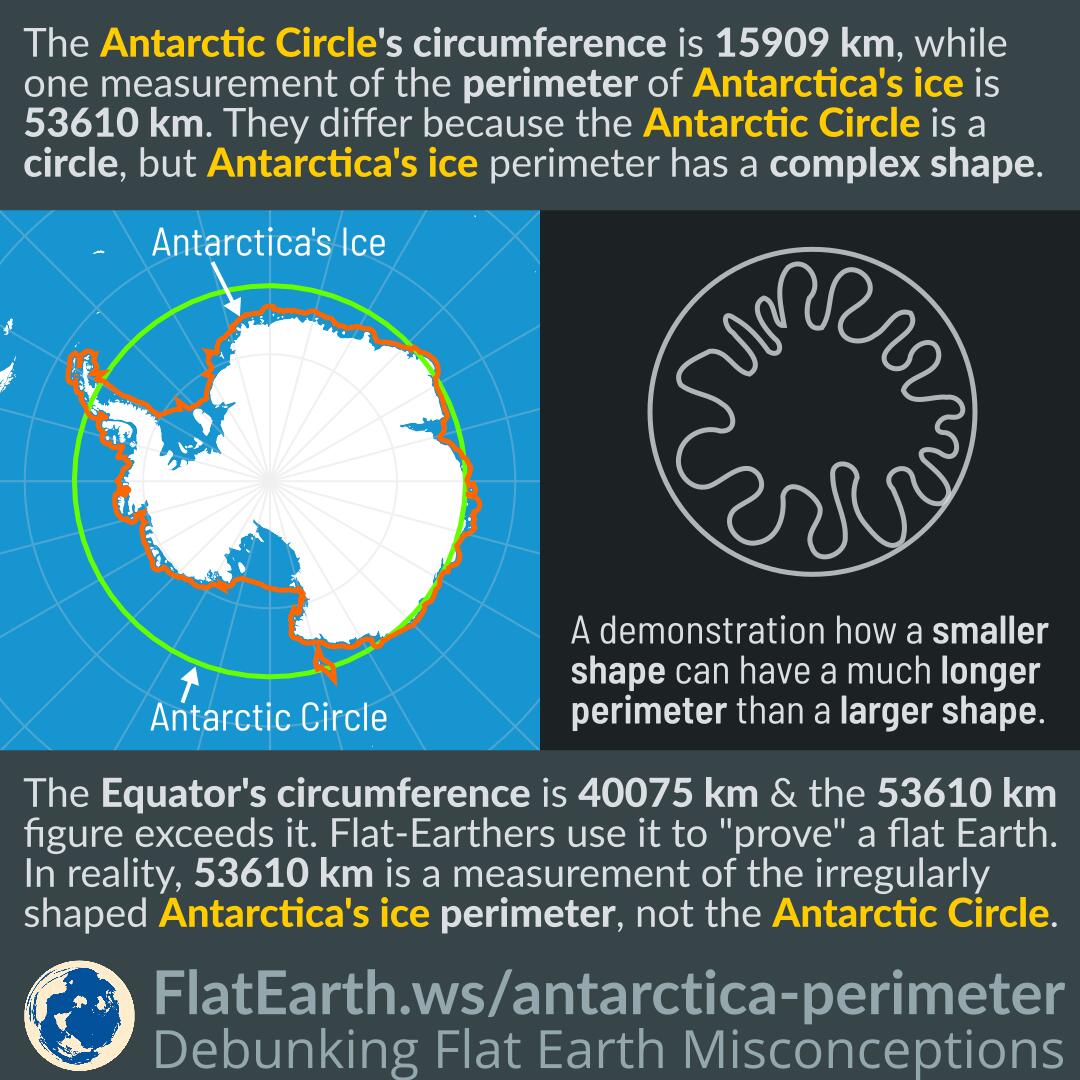 The circumference of the Equator is 40075 km and the 53610 km figure exceeds it. Flat-Earthers use it as “evidence” of a flat Earth. In reality, the 53610 figure is a measurement of the irregularly shaped Antarctica’s ice perimeter, not the circular Antarctic Circle.

The right diagram shows how a smaller irregular shape (like Antarctica’s ice) can have a much longer perimeter than a larger uniform shape (like the Equator).

The length of a coastline depends on how accurate we measure it. Measuring the coastline in a meter interval is going to give us a longer coastline than measuring it in a kilometer interval. In theory, a coastline can approach an infinite length if we contour every particle of sand.