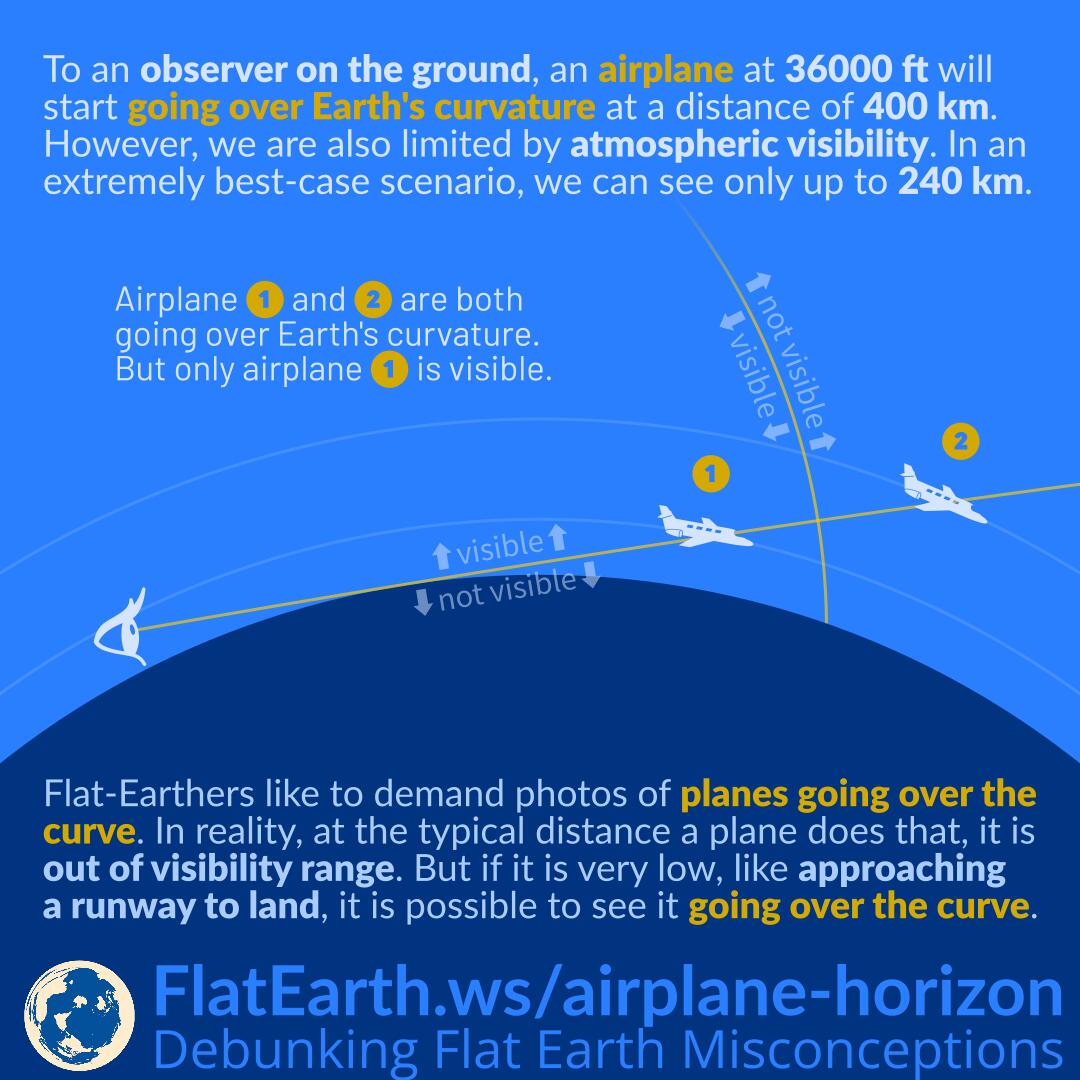 To an observer on the ground, an airplane at 36000 ft will start going over Earth’s curvature at a distance of 400 km. However, we are also limited by atmospheric visibility. In an extremely best-case scenario, we can only see up to 240 km.

We can easily see ships going over Earth’s curvature, and flat-Earthers like to demand us the same thing for airplanes. In reality, at the typical distance a plane does that, it is far out of visibility range. But if it is very low, like when approaching a runway to land, it is possible to see the plane going over the curvature of the Earth.

Some observations of airplanes going over the curvature of Earth: