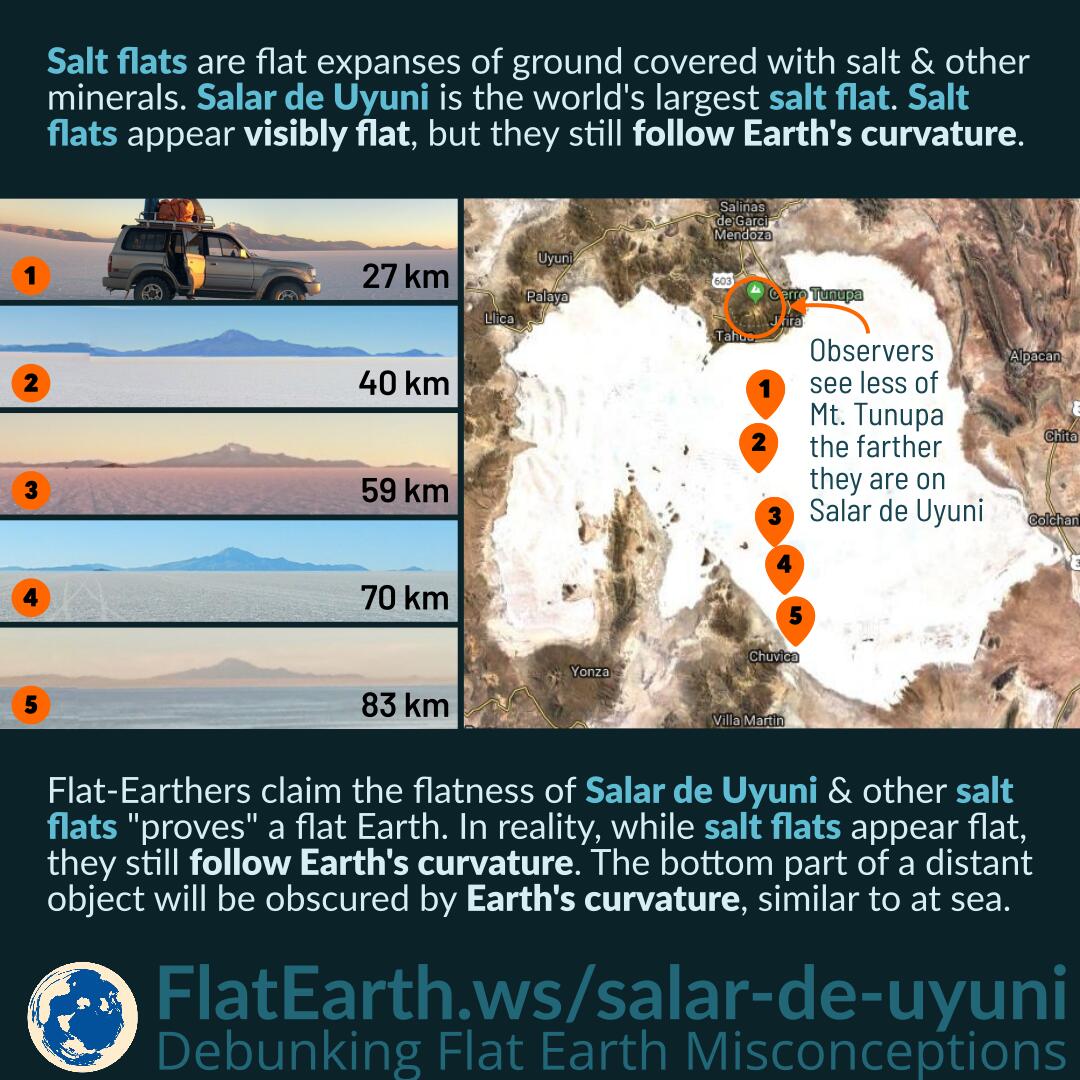 Salt flats are flat expanses of ground covered with salt and other minerals. Salar de Uyuni in Bolivia is the world’s largest salt flat. Salt flats appear visibly flat, but they still follow the curvature of Earth.

Flat-Earthers claim the apparent flatness of Salar de Uyuni and other salt flats “proves” a flat Earth. In reality, while salt flats appear flat, they still follow Earth’s curvature. On a salt flat, the bottom part of a distant object will be obscured by Earth’s curvature, similar to at sea.

It is not difficult to demonstrate this fact by comparing the appearance of a landmark from both a close distance and far enough for the Earth’s curvature to start to obscure it.

Over the northern edge of Salar de Uyuni, there is a dormant volcano Mount Tunupa, visible from everywhere on the salar. By moving south away from the mountain, we can see the mountain gradually obscured by Earth’s curvature, starting from the bottom up.

The same phenomenon we experience at sea —where distant buildings and ships disappear from the bottom up as we go farther from them— also happens on Salar de Uyuni. All of these prove that the Earth is a sphere.

The following is the appearance of Mount Tunupa, seen from various locations on Salar de Uyuni. Observers see less of Mount Tunupa the farther they are. 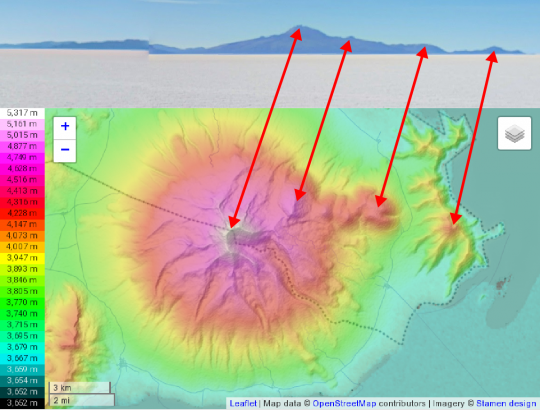 The following is the hidden height of the object, calculated using Walter Bislin’s Curvature App.

The height of the smaller hill is about 484 m. So the numbers reflect the results from observation rather nicely.