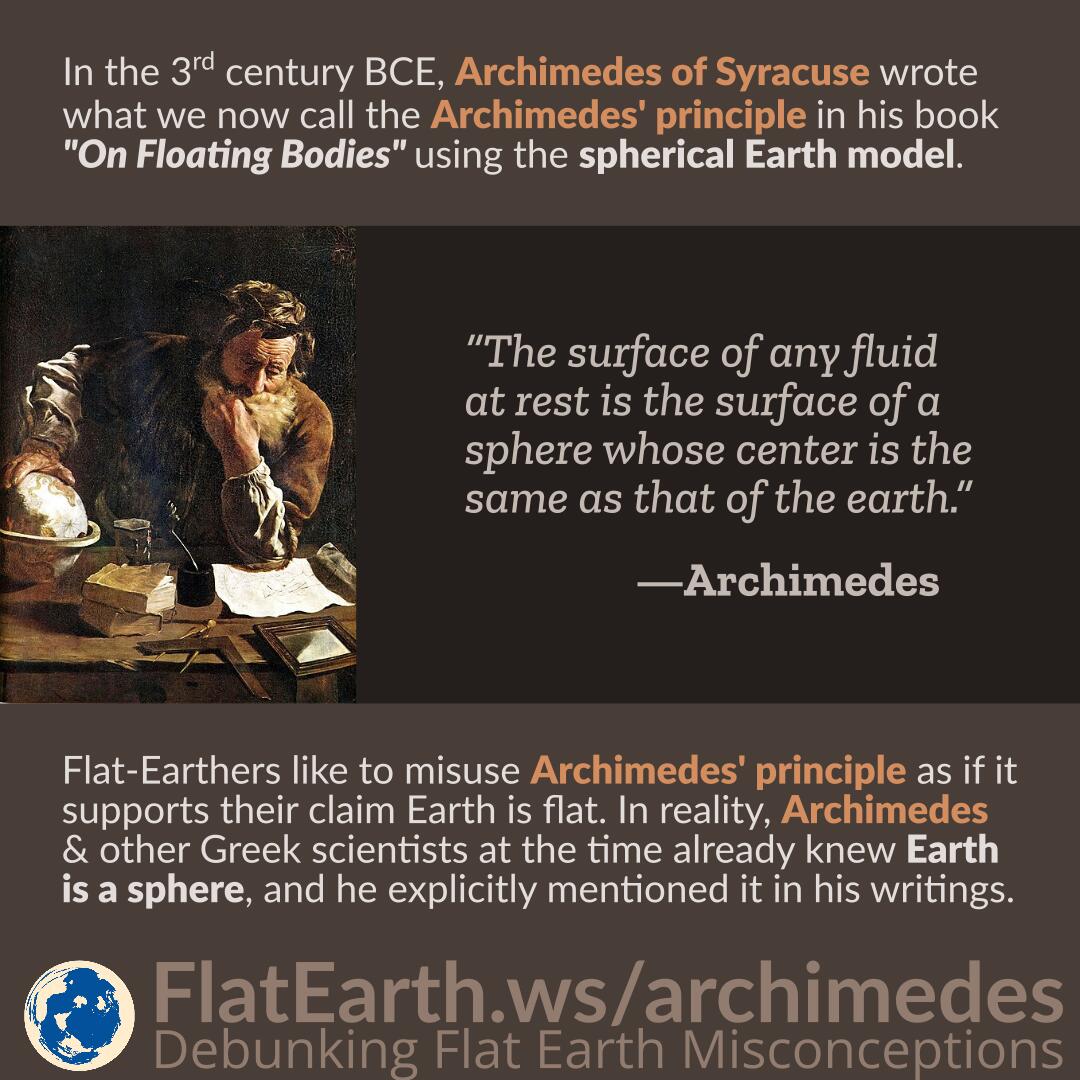 In the 3rd century BCE, Archimedes of Syracuse wrote what we now call the Archimedes’ principle in his book “On Floating Bodies” using the spherical Earth model.

He divided his explanation into several propositions. In his second proposition he explained:

Then he continued to explain his principle in the following propositions using the mentioned spherical Earth model.

Archimedes wrote his books in ancient Greek. The following is several English translations of his proposition discussed here.

“The surface of any fluid which is so located that it remains motionless will have the form of a sphere which has the same centre as the earth.”

“The Works of Archimedes” by Sir Thomas Little Heath:

“The Genius of Archimedes” by S. A. Paipetis & Marco Ceccarelli:

“The surface of any liquid at rest is a spherical surface whose center point is at the center of the earth.”

We can conclude there’s practically a consensus, and we can rule out translation errors in this case.