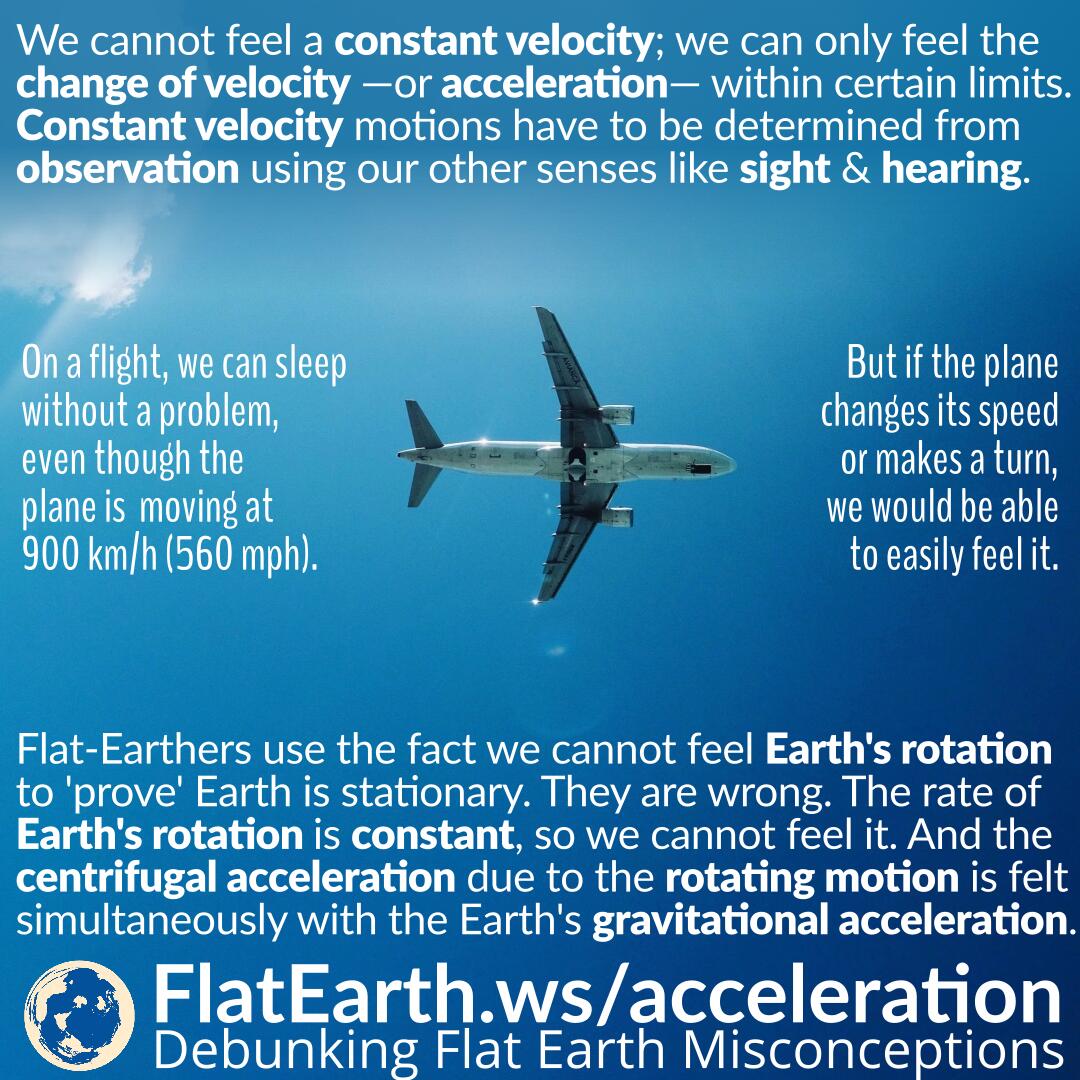 When aboard an airplane flying at cruising speed, we will not be able to feel that the plane is, in fact, moving at speed of more than 900 km/h. But if the plane changes its speed, turns or changes its altitude, we can easily feel it.

The same thing happens with the motion of the Earth. Due to Earth’s rotation, the surface of the Earth is moving at 1656 km/h near the equator. We never feel it because the speed is constant, or in other words, the acceleration is zero.

To determine the airplane is actually flying at such speed, we have to use our sense of sight. We can look out and observe the objects outside are moving, indicating the plane we are in is actually moving.

The Limits of Acceleration That Can Be Perceived By Humans

Nesti et al (2013) summarized the results of several experiments. The conclusion is that the lowest acceleration we can perceive is 0.02 m/s².

According to Kepler’s Law, an object orbits with the shape of a conic section, and its speed changes according to its position in the orbit. In case of the Earth orbiting the Sun, the average acceleration resulting from this orbital motion is about 0.0000635938 m/s².

It is a very small acceleration, way below the limits of our senses to perceive it. And the same thing applies as above: we are in free fall with respect to the sun. Everything around us is getting the same acceleration from the Sun, and thus, our acceleration due to Earth’s orbit eccentricity is zero when measured relative to our everyday frame of reference.

“But an aircraft is a closed system, unlike the Earth!”

Some flat-Earthers reject the analogy of airplanes because the air inside the plane is ‘separated’ from the outside air, while the atmosphere of the Earth is ‘not separated’ from space.

The reasoning is flawed because Earth’s atmosphere also rotates along with the surface of the Earth. If not, then we should be feeling the wind at speeds in excess of 1600 km/h around the equator!

The analogy of being a passenger of a plane is correct because the air in the cabin also moves along the plane. The same thing happens with Earth and its atmosphere.