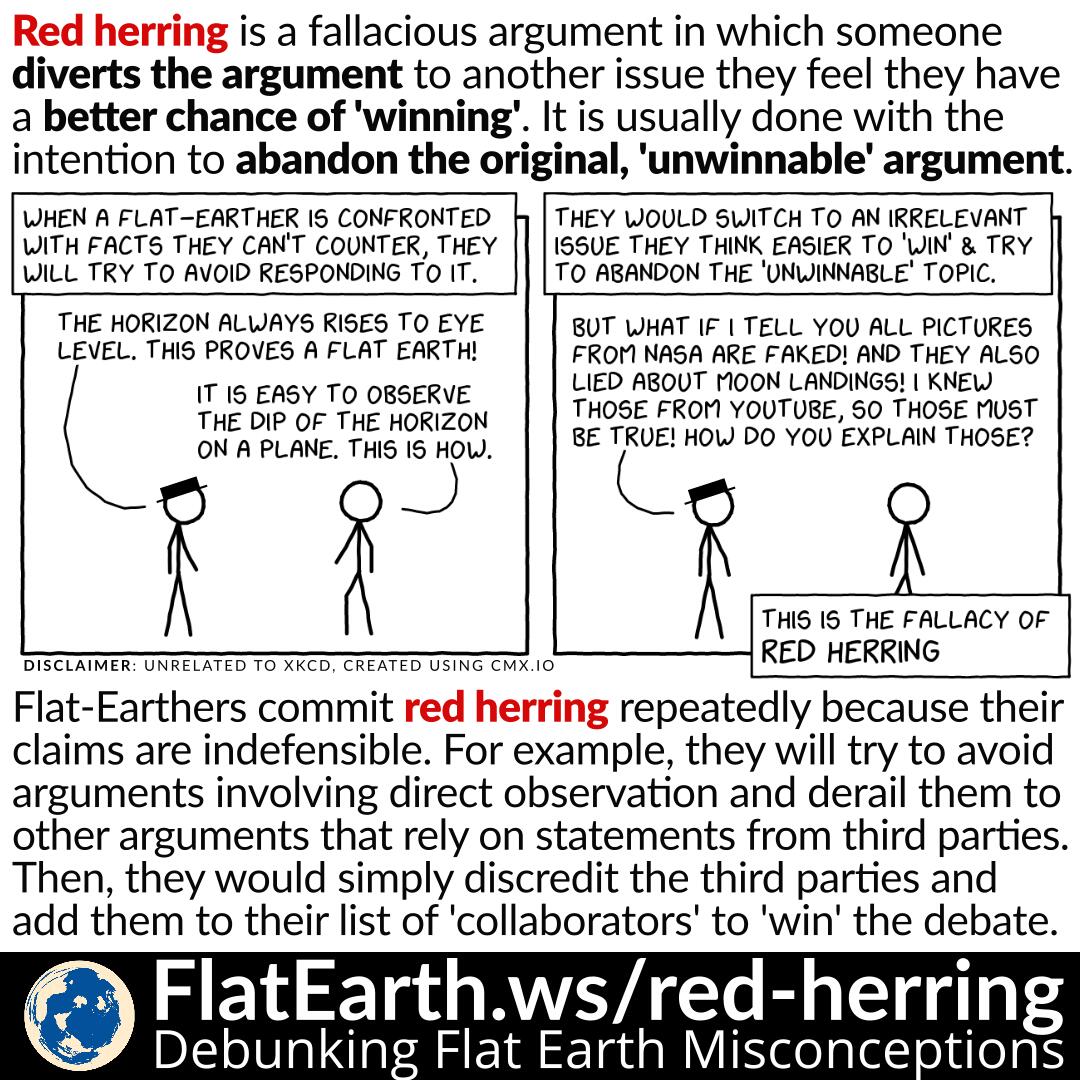 Red herring is a fallacious argument style in which an irrelevant or false topic is presented in an attempt to divert attention from the original issue, with the intention of ‘winning’ an argument by leading attention away from the original argument and on to another, often unrelated topic.

Flat-Earthers often commit the fallacy of red herring —often repeatedly one after another— because their claims are indefensible. For example, they will try avoiding arguments involving direct observations and derail the discussion to other arguments that rely on statements from third parties. Then, they would discredit the third parties and add them to their list of “collaborators” to “win” the debate.

Spherical Earth can be easily proven from simple observations we perform ourselves. Their primary modus operandi is to invent ad-hoc hypotheses every time they meet facts that are unexplainable by the flat-Earth model. However, it is not always possible for them to do that.

If they cannot explain away the facts, they would usually invoke the red herring fallacy. Often, they will attempt to abandon the original topic and move to other arguments that rely on statements from third parties, where they can use their usual ad hominem attacks to discredit and then add the third parties to their list of “collaborators.” If the tactic is successful, the original arguments are never mentioned again.

Before the flat-Earth model can be regarded as correct, it has to be able to explain all the related observations. Ignoring facts using red herring arguments will never accomplish that. On the other hand, the spherical Earth model can explain all the observed phenomena consistently because the Earth is, in fact, a sphere.