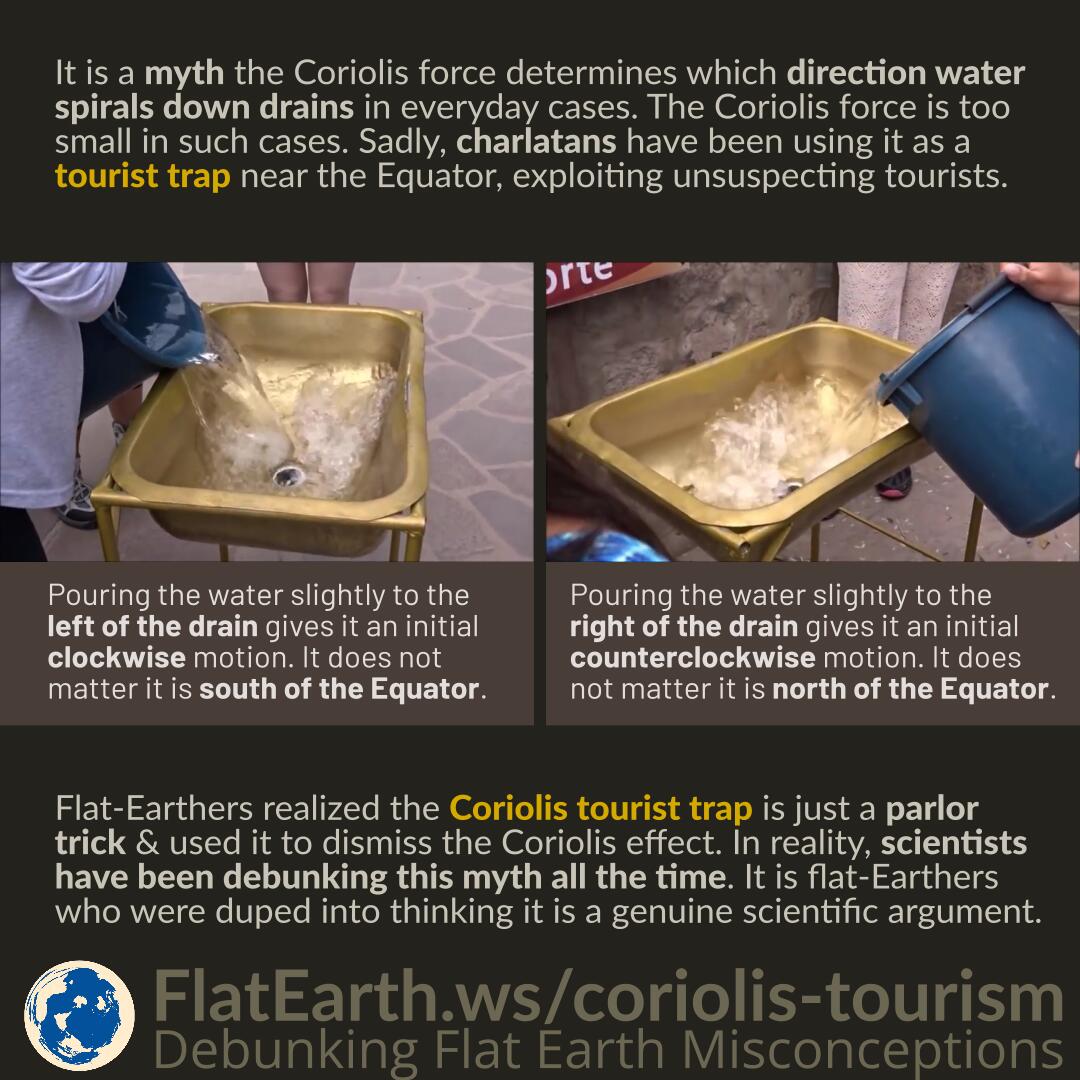 It is a myth that the Coriolis force determines which direction water spirals down drains in everyday cases. The Coriolis force is too small in such cases. Sadly, charlatans have been using it as a tourist trap near the Equator, exploiting unsuspecting tourists.

Flat-Earthers realized the Coriolis tourist trap was just a parlor trick & used it to dismiss the Coriolis effect. In reality, scientists have been debunking this myth all the time. It is flat-Earthers who were duped into thinking it is a genuine scientific argument.

In reality, this is only a parlor trick. These people make the water spin in a different direction by how they pour the water. Pouring the water to the right of the drain will make the water spin counterclockwise and vice-versa. Furthermore, when the water drains without spinning, it is because the water is already in the sink. They let the water sit for some time before unplugging the sink.

Scientists have been debunking this myth for some time. For example, Alistair Fraser from PSU debunked this myth in 2003 or earlier, far before the birth of the modern flat Earth craze in the late 2010s.

The myth began from an experiment by Ascher Shapiro from MIT, where he demonstrated that the Coriolis effect can be observed in a bathtub-sized tank. This is, however, an experiment done in a very carefully controlled environment, very different from our everyday bathtub.