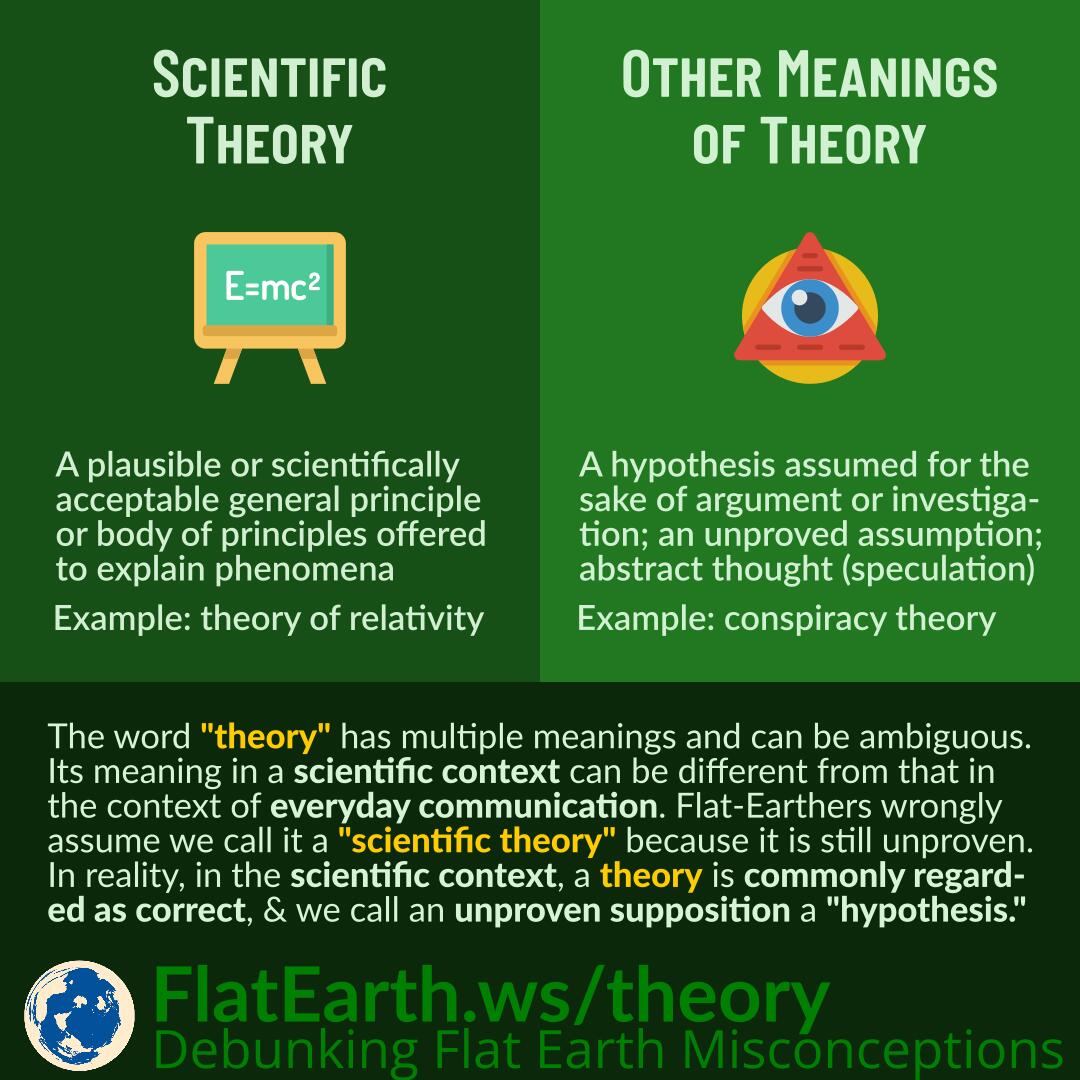 The word “theory” has multiple meanings and can be ambiguous. Its meaning in a scientific context can be different from that in the context of everyday communication. Flat-Earthers erroneously assume we call it a “scientific theory” because it is still unproven. In reality, in the scientific context, a theory is commonly regarded as correct, & we call an unproven supposition a “hypothesis.”

According to dictionary.com, these are the meanings of ‘theory’:

Flat-Earthers assume that because something is called a ‘theory,’ then it is still unproven. For example, when they find the phrase “theory of relativity” and “theory of evolution” in scientific writings, they would incorrectly conclude that relativity and evolution are still unproven. In the scientific context, an unproven supposition is referred to as a ‘hypothesis” not a ‘theory.’