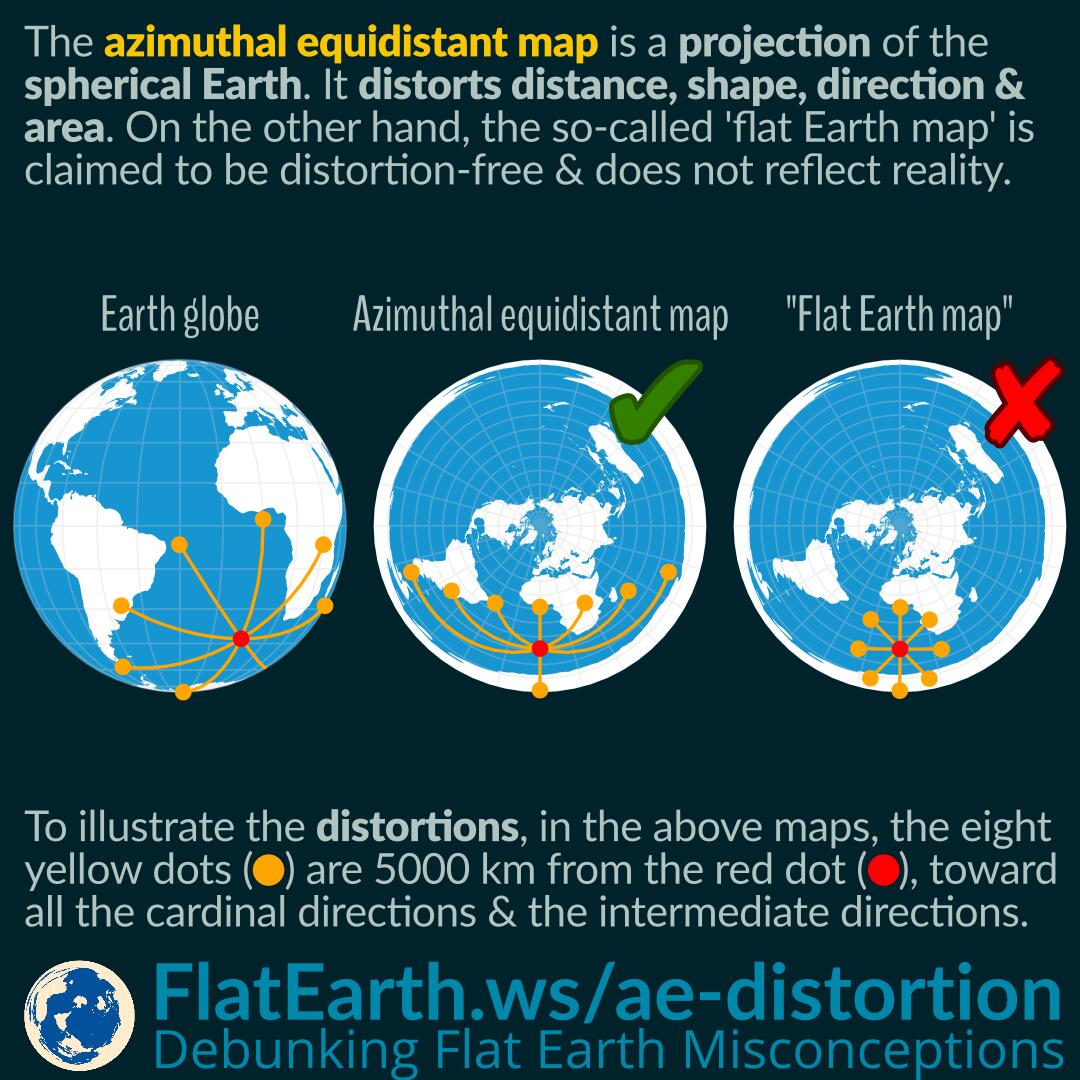 In the illustration, the eight yellow dots indicate a location 5000 km from the red dot, toward all the cardinal directions and the intermediate directions. We can see that the distances, shapes, directions, and areas are distorted in some way depending on the location on the map.

We can see that in the northern hemisphere, or the “center” of the map, the distortions are minimal, and the map looks and acts very similar to reality. Flat-Earthers often cherry-pick facts closer to the North Pole because the distortions are minimal, and they use it to show as if the so-called “flat Earth map” is somehow better than other types of map.

However, as we go south, the distortion increases quickly. And the assumption that the map is the distortion-free “flat-Earth map” becomes harder to defend. It is the reason that flat Earthers like to show us events that occurs in the north, but avoid mentioning anything closer to the “edge of the world.” As we approach the so-called “edge of the world,” the so-called “flat Earth map” quickly loses its explanatory power.