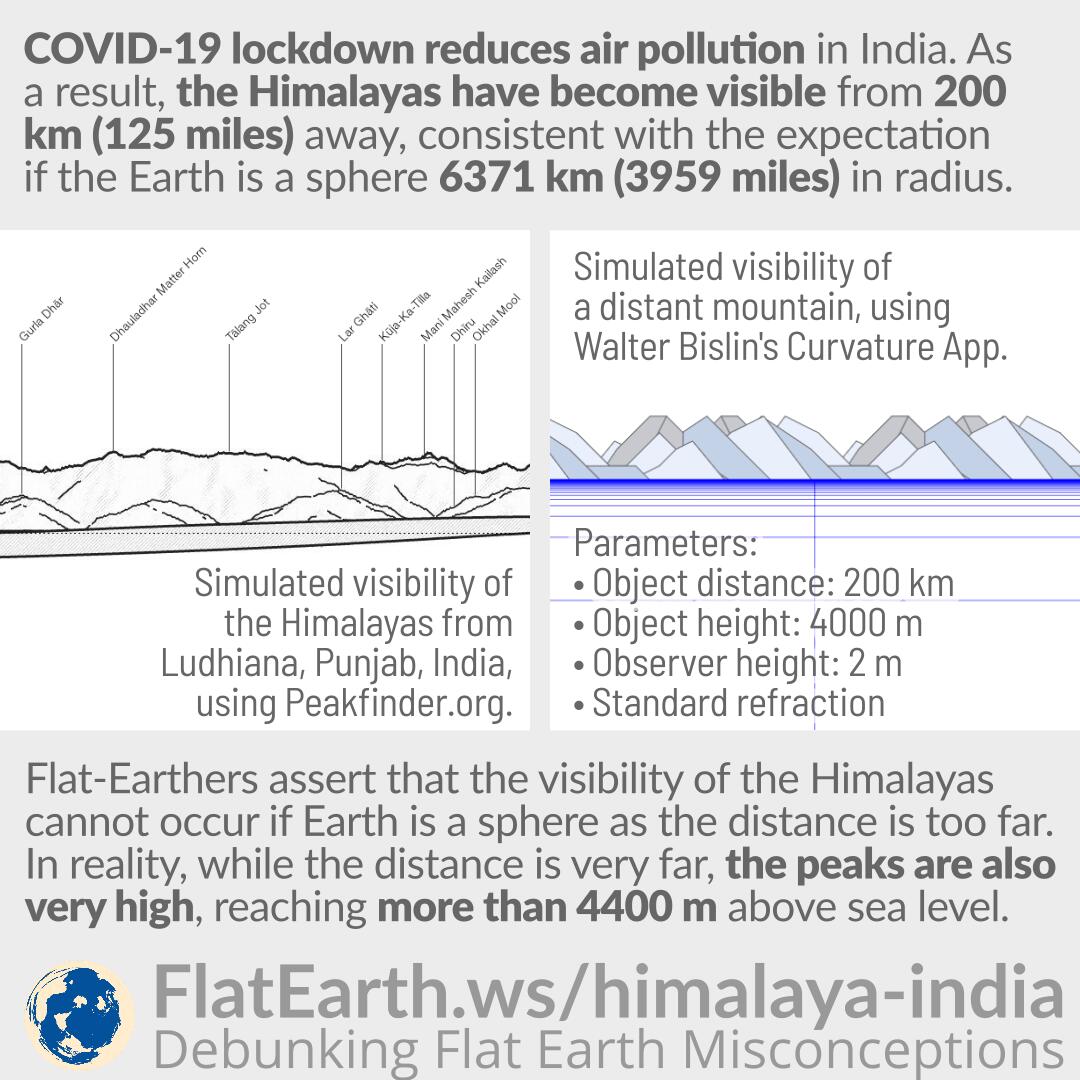 The lockdown due to the COVID-19 pandemic reduces air pollution in India. As a result, the Himalayas have become visible from 200 km (125 miles) away, consistent with the expectation if the Earth is a sphere 6371 km (3959 miles) in radius.

Flat-Earthers assert that the visibility of the Himalayas cannot possibly occur if Earth is a sphere as the distance is too far away. In reality, while the range is very far, the peaks are also very high, reaching more than 4400 m above sea level.

To a small object such as a ship 200 km away, Earth’s curvature will easily obscure the object. However, the visibility of a distant object is not determined from the distance of the object alone; the height of the object is also a factor that needs to be considered. A ship is only several meters above the surface, while the Himalayas rise above 4400 m or about 4000 m above an observer in Punjab. It is the reason that the Himalayas are visible, even though they are 200 km (125 miles) away.

Another thing that needs to be considered is that while Earth’s curvature determines the visibility of a distant object, the visibility limitation is also another factor. The high level of air pollution reduced the visibility range and made the Himalayas unseen from Punjab before the COVID-19 lockdown.