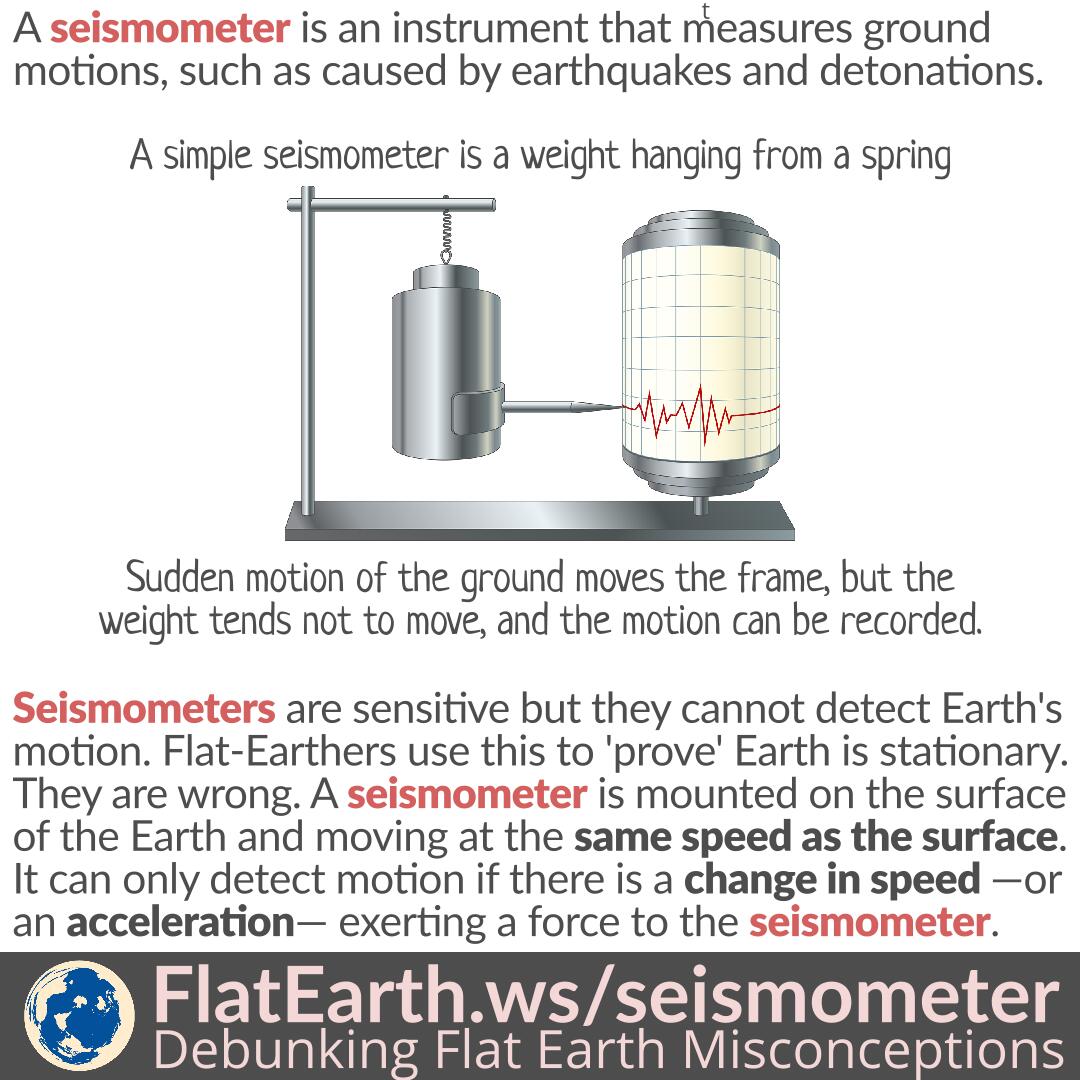 A seismometer is an instrument that responds to ground motions, such as caused by earthquakes, volcanic eruptions, and explosions.

Seismometers are sensitive but they cannot detect Earth’s motion. Flat-Earthers use this to ‘prove’ the Earth is stationary. They are wrong. A seismometer is mounted on Earth’s surface and is already moving at the same speed as the surface itself. It can only detect motion if there is a change in speed —or an acceleration— exerting a force to the seismometer.