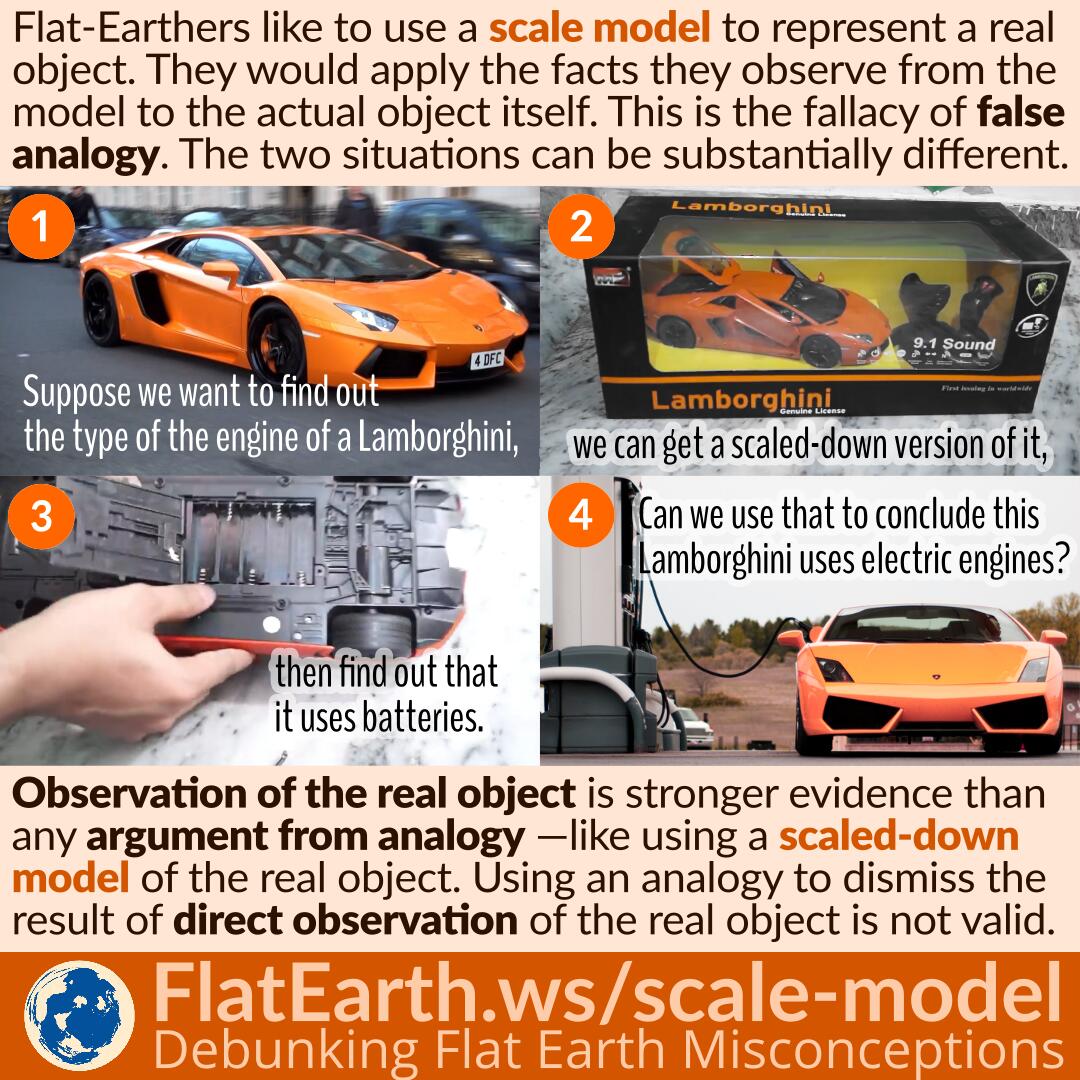 Flat-Earthers like to use scale models to represent an actual object. They would apply the facts they observe from the model to the actual object itself. It is the fallacy of false analogy. The two situations can be substantially different. Just because both the scale model and the real object looks the same, it does not mean they are similar in another aspect.

To demonstrate the absurdity of this flat-Earth “logic,” we can apply the same “logic” to any everyday situations. For example, if we want to determine the engine type of a Lamborghini, we can obtain the toy version of the car. The toy looks identical to the real car, only much smaller. From the observation of the toy, we know it uses batteries and an electric motor. From this fact, can we conclude the real car also uses batteries & electric motor? Certainly not.

Other cases of such “logic” we can readily observe in flat-Earth communities: