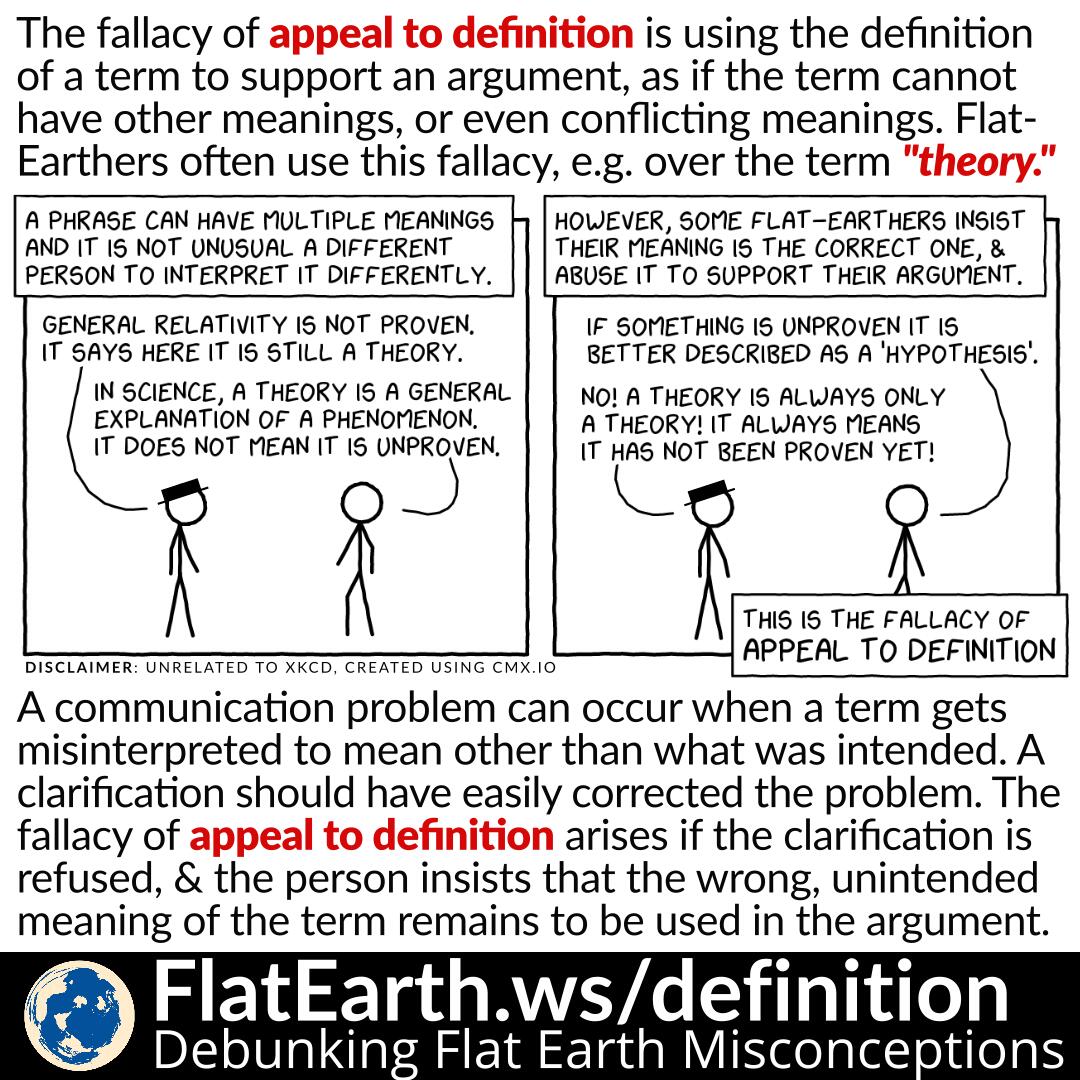 The fallacy of ‘appeal to definition’ is using the definition of a term to support an argument as if the term cannot have other meanings or even conflicting meanings. Flat-Earthers often use this fallacy, for example, over the word “theory.”

A communication problem can occur when a term gets misinterpreted to mean other than what was intended. A simple clarification should quickly correct the problem. The appeal to definition arises if the clarification is refused, and the person insists on using the wrong & unintended meaning of the term, and use it to support their arguments.