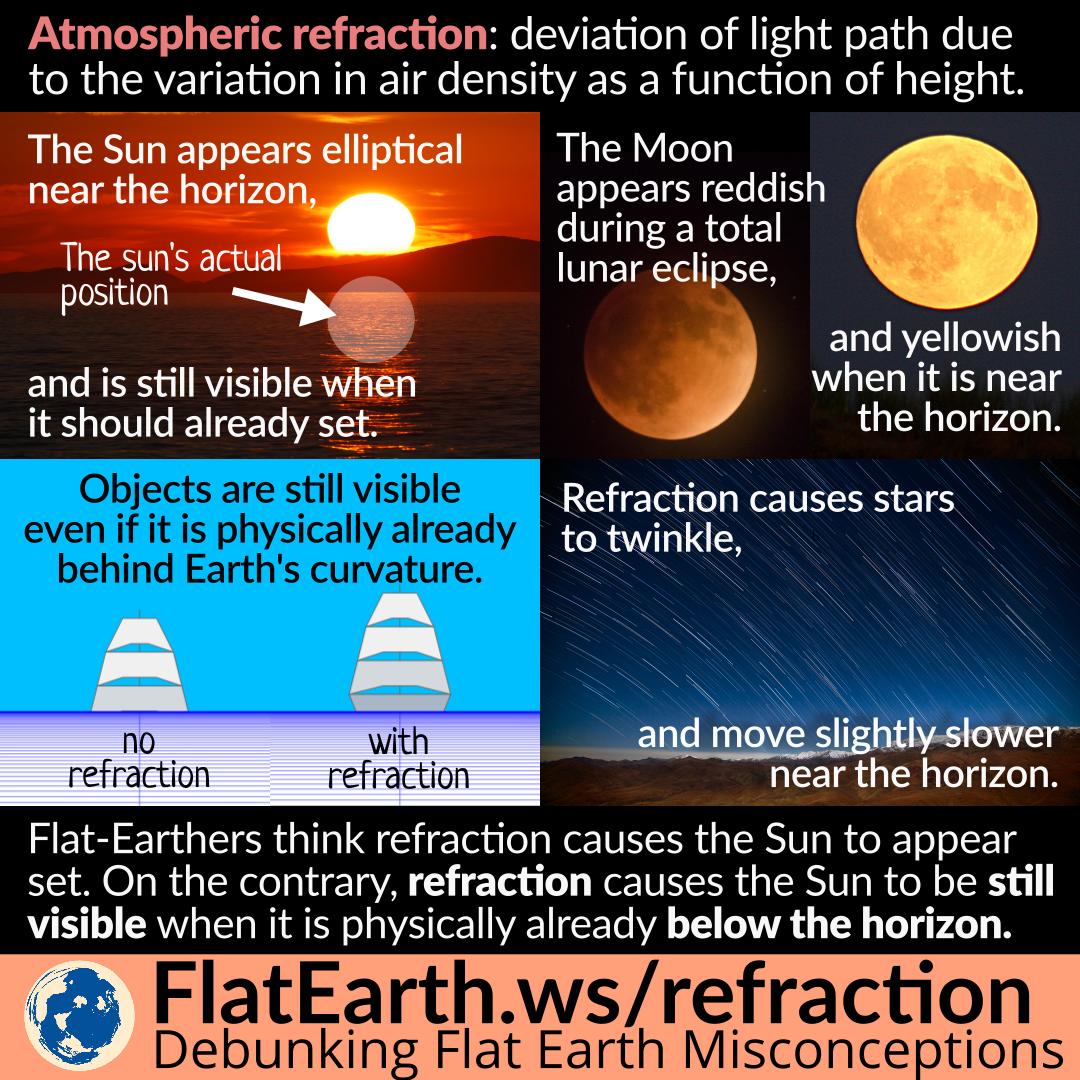 Light waves are not always moving in a straight line. When it passes through a medium of a different refractive index, the waves will deviate. The phenomenon is called refraction and described according to Snell’s Law.

The atmospheric refraction explains all the above phenomenon consistently and elegantly.

Flat-Earthers think the atmospheric refraction is not well-explained, and abuse it to explain away the fact that sunrises and sunsets happen every day. Their claim does not correspond to real-world observations. In the real world, refraction bends light to the opposite direction: during sunset, it makes the sun still visible for some time, when it is physically already below the horizon.