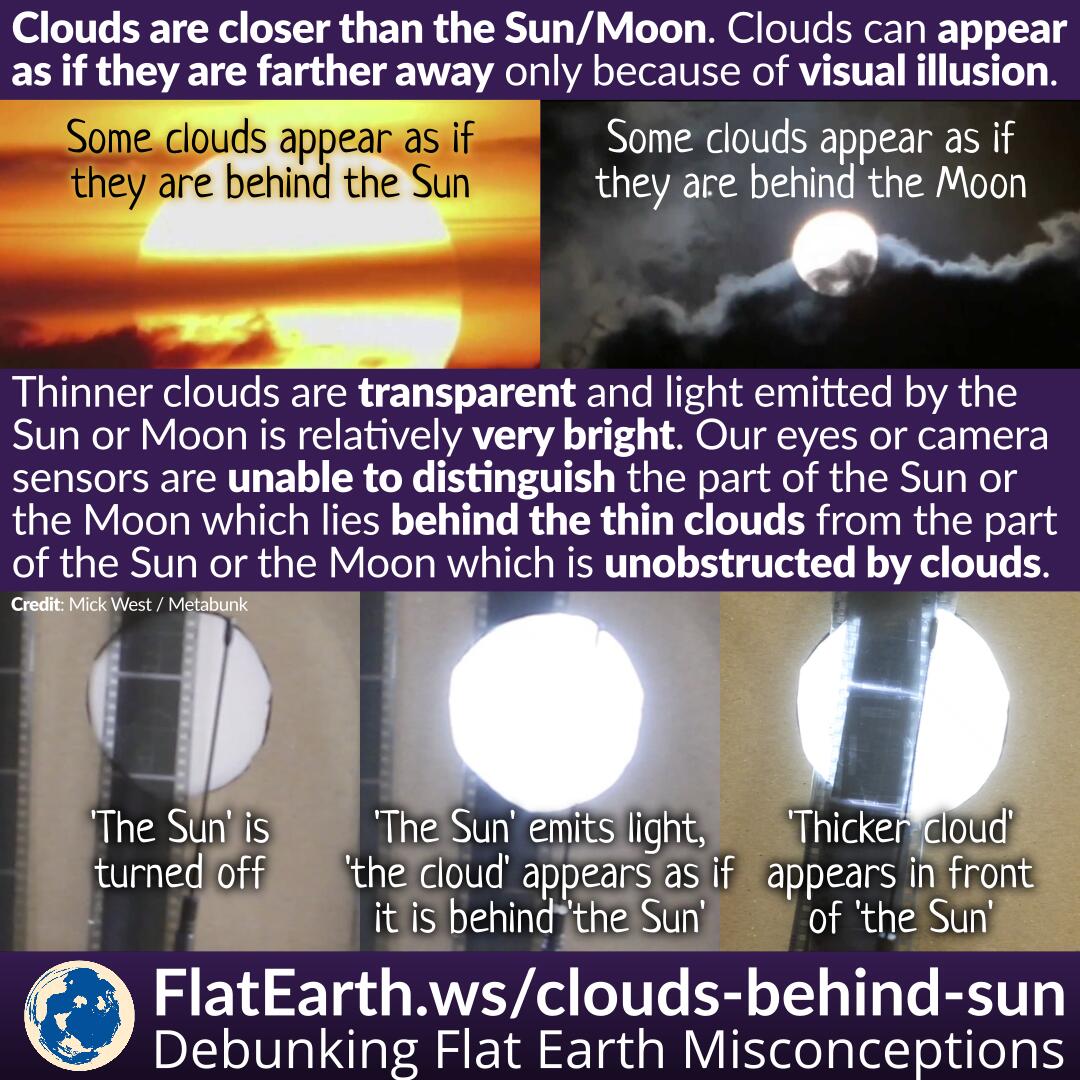 Sometimes, we can see clouds appearing as if they are behind the Sun or the Moon. Obviously, this is merely an illusion. But some flat-Earthers regard this as ‘evidence’ that the Sun and the Moon are close and apparently closer than some clouds. They are wrong.

The phenomenon occurs because thinner clouds are transparent, and the light from the Sun or the Moon is relatively very bright. Our eyes and camera sensors are unable to distinguish the part of the Sun/Moon which is obscured by the thin clouds from the part which is unobstructed by clouds. Parts of the clouds outside the Sun/Moon disc are still visible, making it appears as if they are behind the Sun/Moon.