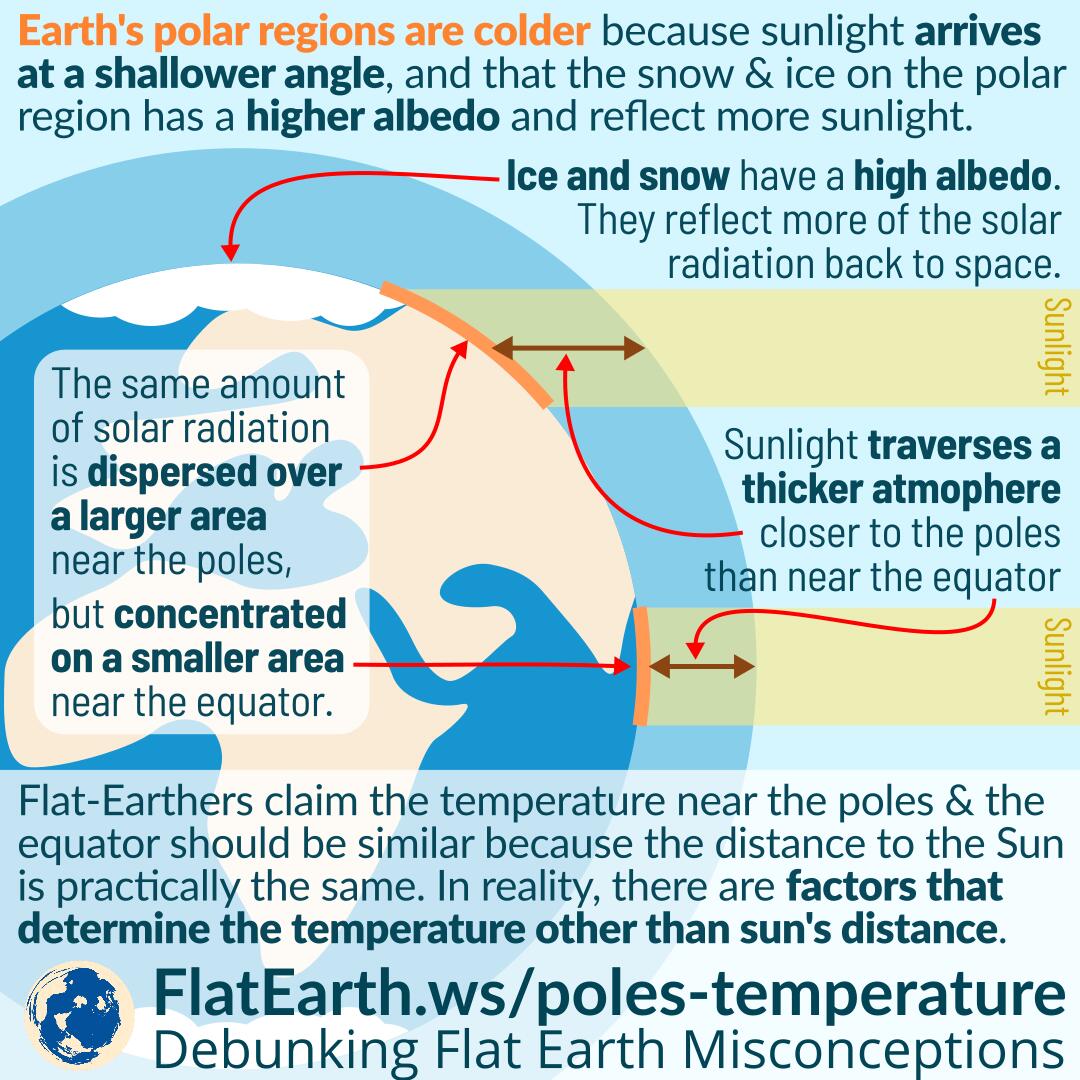 Polar areas have a lower temperature than areas closer to the equator because the same amount of solar radiation is dispersed over a larger area, and the surface of ice and snow reflects more sunlight than darker surfaces.

Some of the reasons that determine the difference in temperature between the polar and equatorial areas of the Earth: