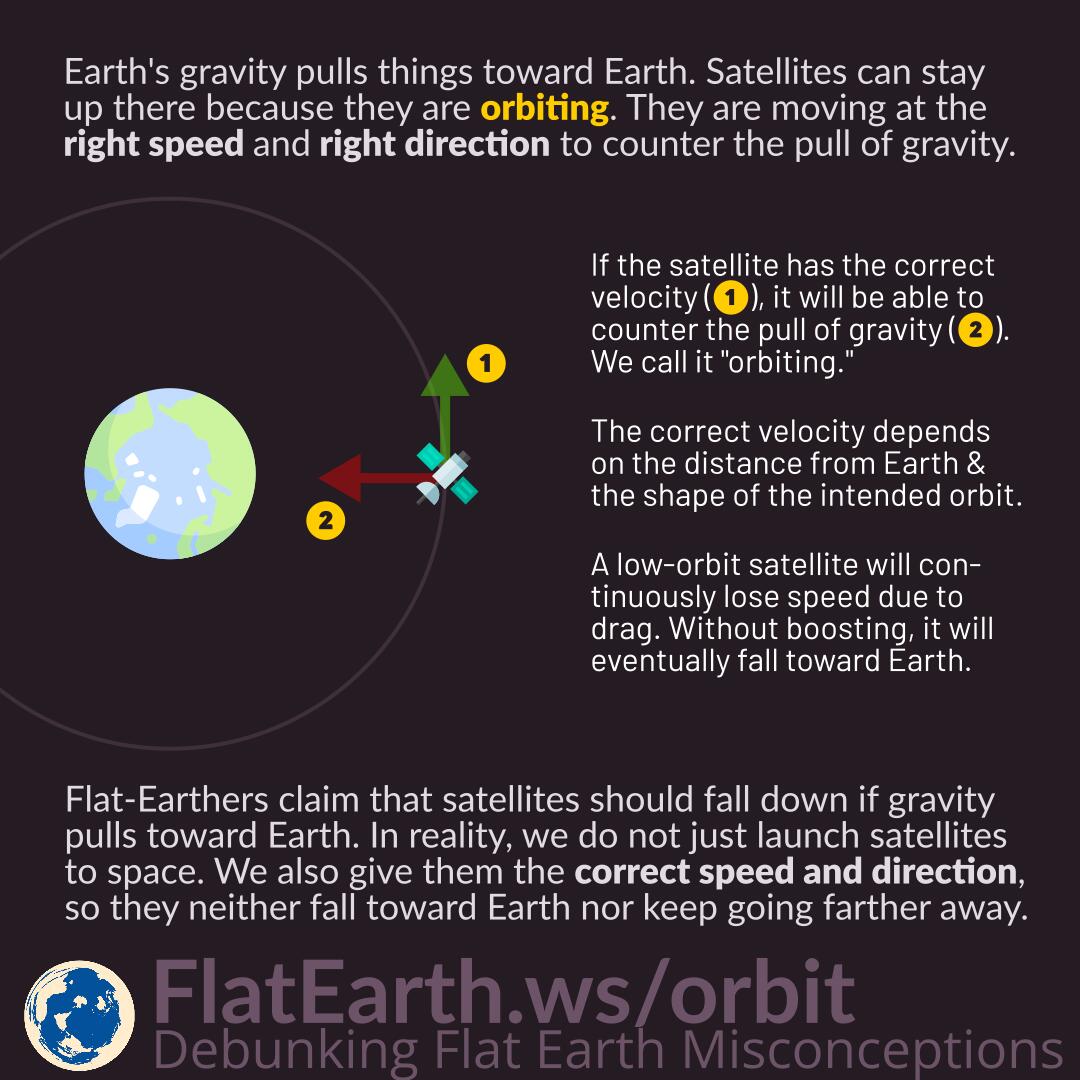 Earth’s gravity pulls things toward Earth. Satellites can stay up there because they are orbiting. They are moving at the right speed and right direction to counter the pull of gravity.

Flat-Earthers claim that satellites should fall down if gravity pulls toward Earth. In reality, we do not just launch satellites to space. We also give them the correct speed & direction, so they neither fall toward Earth nor keep going farther away.

If the satellite has the correct velocity, it will counter the pull of gravity. We call it “orbiting.” The proper speed depends on the distance from Earth & the shape of the intended orbit.

At the altitude of a high-orbit satellite, there is practically no drag. As a result, the satellite will retain its speed and orbit for a very long time.

On the other hand, a low-orbit satellite will continuously lose speed due to drag. Without boosting —periodically increasing its speed— it will eventually fall toward Earth.