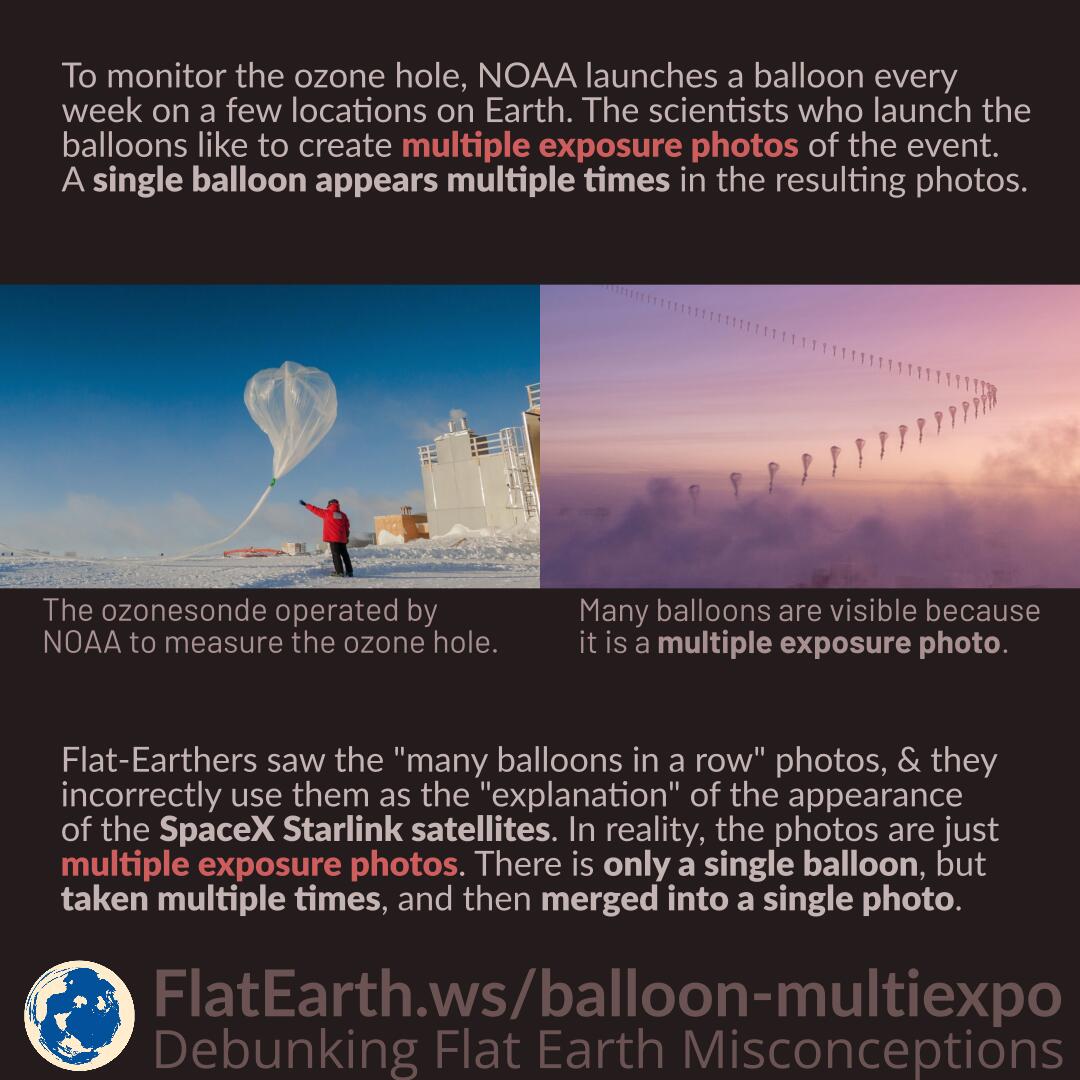 To monitor the ozone hole, NOAA launches a balloon every week on several locations on Earth. Scientists who launch the balloons like to create multiple exposure photos of the event. A single balloon appears multiple times in the resulting photos.

Flat-Earthers saw the “many balloons in a row” photos, & they incorrectly use them as the “explanation” of the appearance of the SpaceX Starlink satellites. In reality, the photos are just multiple exposure photos. There is only a single balloon, but taken multiple times and then merged into a single photo.

Up, up, and away! This balloon (seen here in a time-lapse) and the ozone-measuring "sonde" it carries allows scientists to monitor the size of the Antarctic ozone hole.