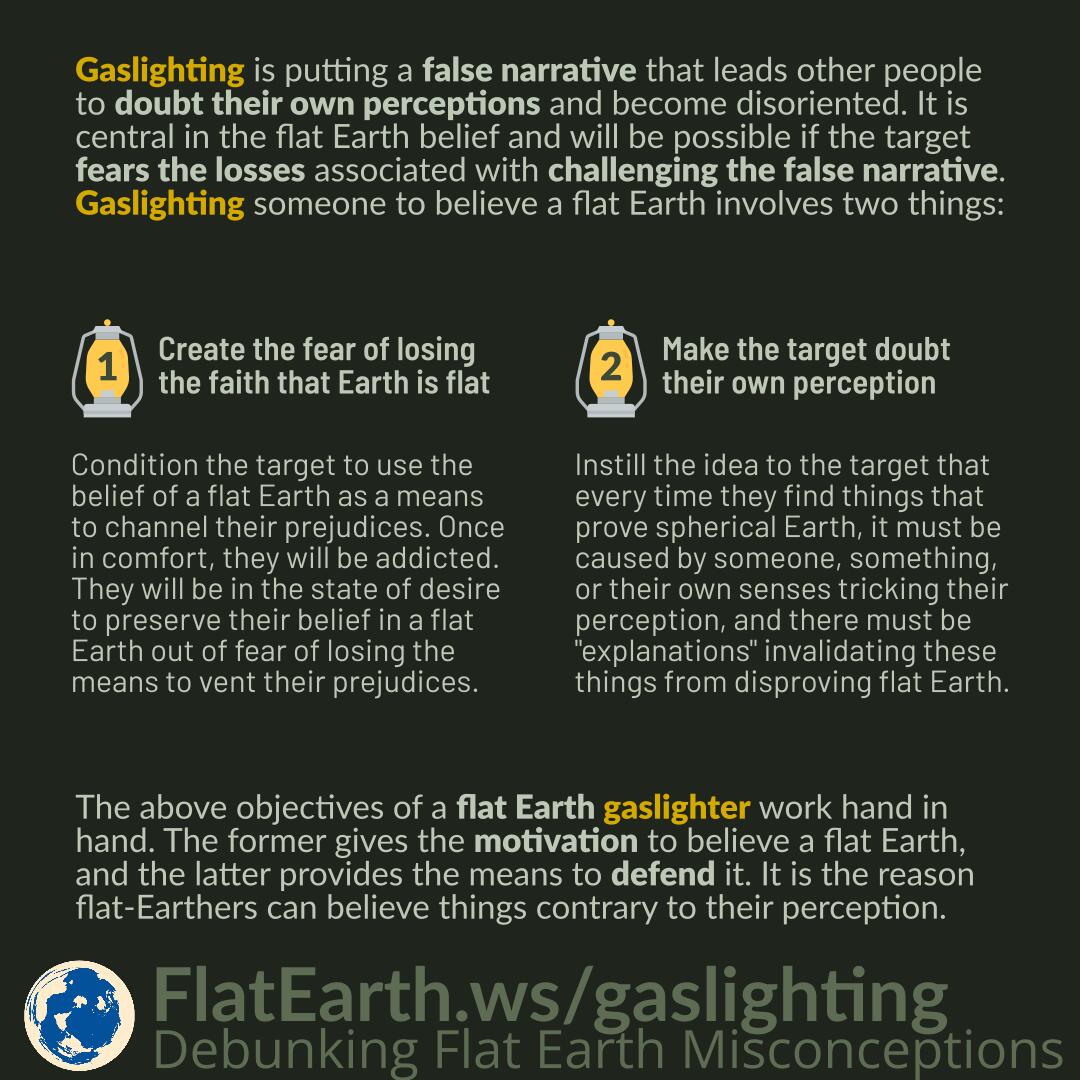 Gaslighting is putting a false narrative that leads other people to doubt their own perceptions and become disoriented. It is central in the flat Earth belief and will be possible if the target fears the losses associated with challenging the false narrative. Gaslighting someone to believe a flat Earth involves two things:

Then, instill the idea to the target that every time they find things that prove spherical Earth, it must be caused by someone, something, or their own senses tricking their perception, & there must be “explanations” invalidating these things from disproving flat Earth.

The two steps work hand in hand. The former provides the motivation to believe in a flat Earth, and the latter provides the means to defend it. It is the reason flat-Earthers can believe things contrary to their perception.