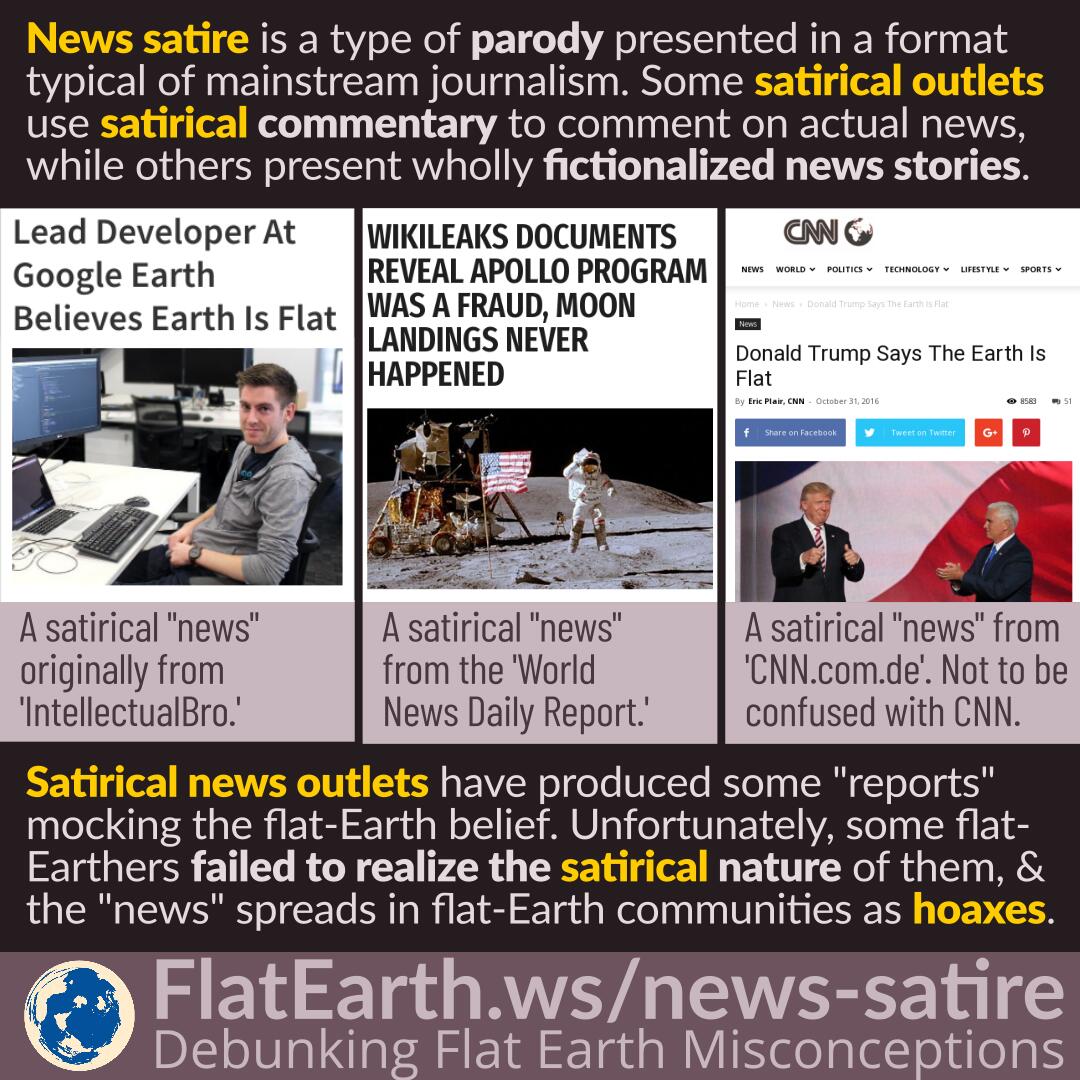 News satire is a type of parody presented in a format typical of mainstream journalism. Some satirical news outlets use satirical commentary to comment on actual, real-world news; while others offer wholly fictionalized news stories.

Satirical news outlets have produced some “reports” mocking the flat Earth belief. Unfortunately, some flat-Earthers failed to realize the satirical nature of the “news,” and that the “news” was created to mock them. Because they think it was real news, the “news” spreads in flat-Earth communities as hoaxes.

News satire was created as an attempt on a joke. Some examples of the titles are: “Trump Offers Thoughts And Prayers To Family Of Downed Drone,” and “Morgue Worker Arrested After Giving Birth to a Dead Man’s Baby.”

The prevalence of the flat-Earth belief has been used as material for satirical news. For example, “Lead Developers at Google Earth Believes Earth is Flat.” Just like other satirical news, the “news” was also created as an attempt on a joke. If we were to investigate the news, it is not hard to verify no developer of Google Earth believes in a flat-Earth.

Many flat-Earthers failed to understand the “news” are satirical, not real-world news. They seem to lack the skill to identify sarcasm or irony. As a result, many of the “news” became viral in various communities of flat Earth, as if the “news” is real-world news supporting their belief in a flat-Earth.

If they can effectively use their critical thinking skills, it will not be too hard to find out the “news” was only covered by non-reputable web sites, and never by reputable news outlets. And in many cases, it is trivial to verify the accuracy of the “news” itself, or the lack thereof.