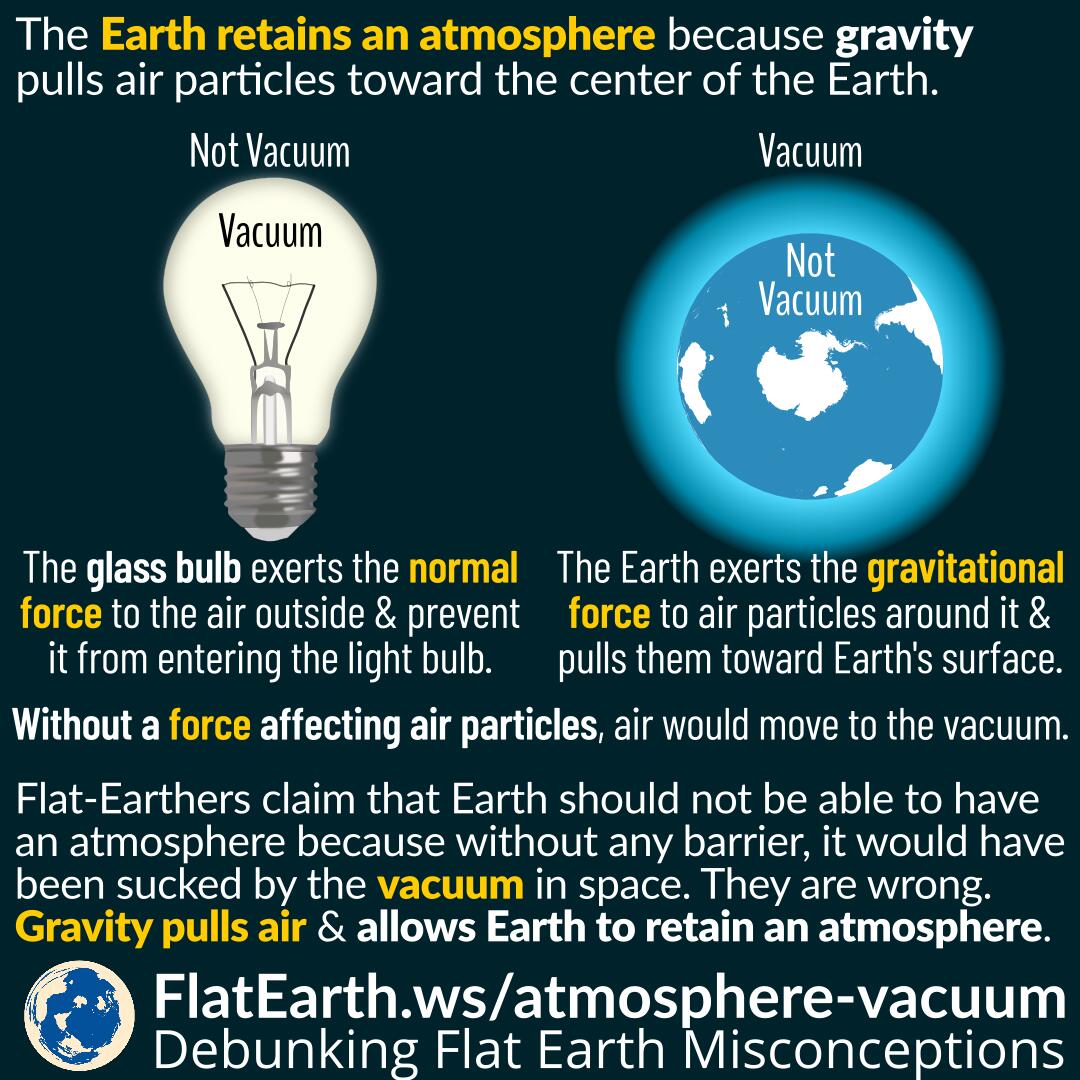 The Earth retains an atmosphere because gravity pulls air particles toward the center of the Earth. Without something affecting the air —like gravity— air particles would move toward lower pressure, and Earth would lose its atmosphere.

Flat-Earthers claim that Earth should not be able to have an atmosphere because without any barrier separating Earth’s atmosphere and space, it would have been sucked by the vacuum in space. They are wrong. Gravity pulls air and allows Earth to retain an atmosphere.

A light bulb is a vacuum inside, with a glass wall separating the inner vacuum and the air outside. Air cannot travel toward the lower pressure area inside the bulb because the glass wall exerts the normal force —or the Van der Waals force— to the air outside.

A pressure tank is a container designed to hold fluids at a higher pressure from the ambient pressure. It does that by having a barrier preventing the fluids inside from going out. However, when the tank is being filled in, there is a connection from the outside to the inside, and it is not entirely sealed. The air outside can move toward the higher pressure area inside the tank —the reverse from the usual situation— because a pump is exerting a force to the air particles.