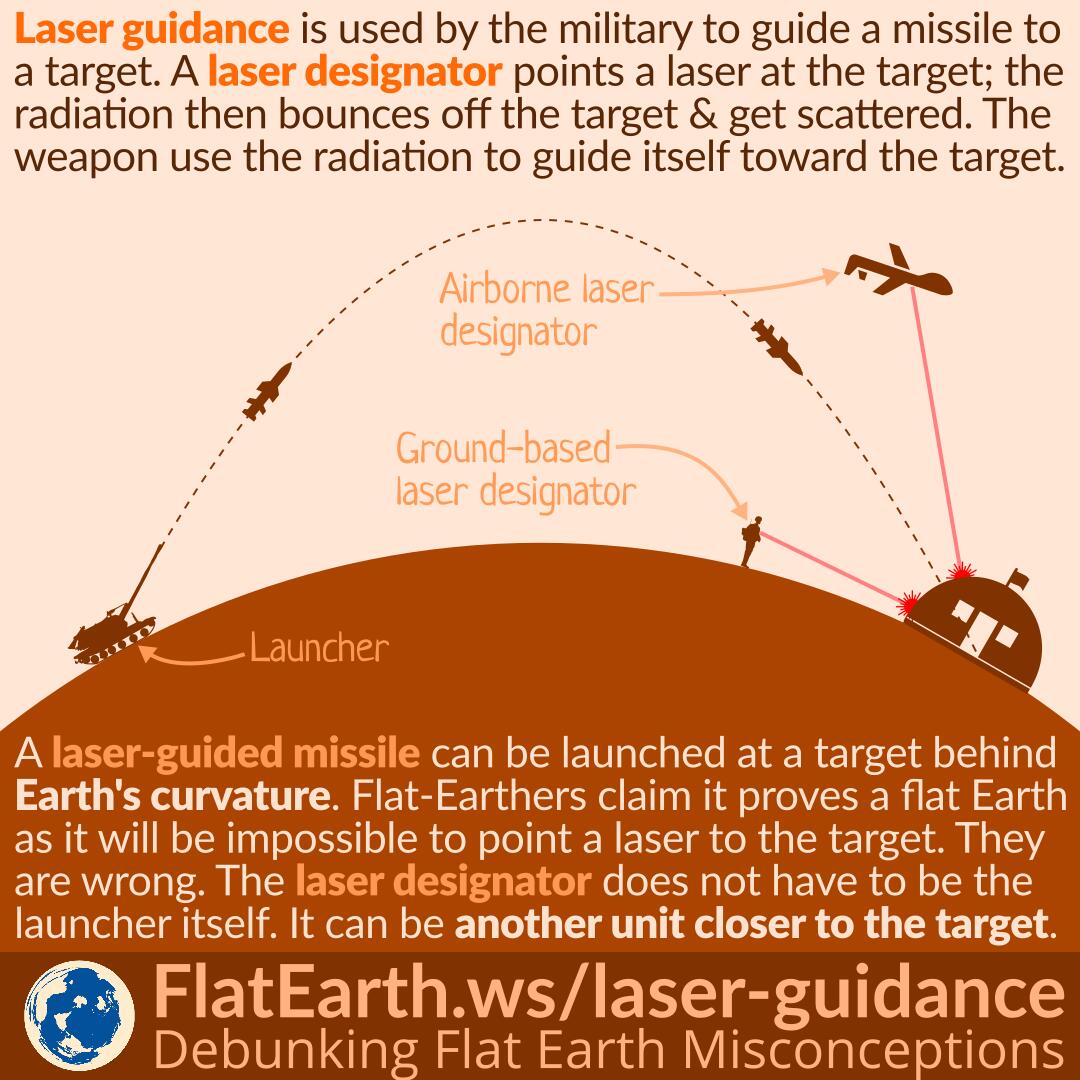 Laser guidance is used by the military to guide a missile toward a target.  A laser designator marked a target by pointing a laser beam at it. The signals bounce off the target into the sky, where they are detected by laser-guided munition, which steers itself toward the center of the reflected signal.

A laser-guided missile can be launched toward a target behind Earth’s curvature. Flat-Earthers claim it proves a flat Earth as it would have been impossible for the launcher to point a laser beam at the target. They are wrong. The laser designator does not have to be the launcher itself. It can be another unit closer to the target, such as infantry or an aircraft.