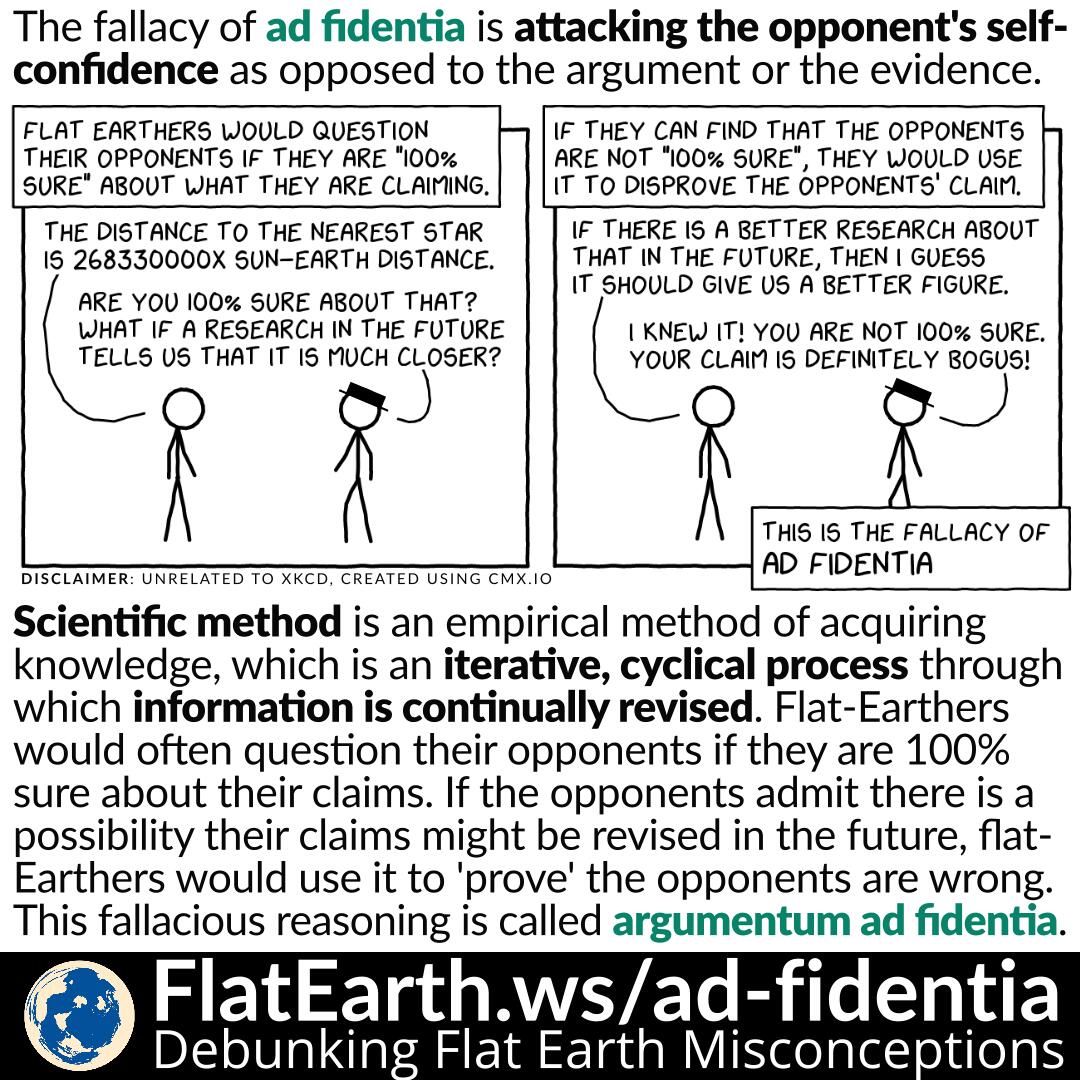 The fallacy of ad-fidentia is committed when someone attacks the opponent’s self-confidence instead of the argument or the evidence.

Scientific method is an empirical method of acquiring knowledge, which is an iterative, cyclical process through which information is continually revised. Flat-Earthers would often question their opponents if they are 100% sure about their claims. If we admit there is a possibility we are wrong or that our claims might be revised in the future, flat-Earthers will use that to ‘prove’ us wrong.

Flat-Earthers would often question things like the distance to planets, stars or other celestial bodies, what is inside Earth, how it is possible to measure the temperature of the Sun or in Earth’s core, etc. All of which are determined from all the evidence we have, not the evidence that we don’t have. New evidence might be discovered in the future, and might alter our conclusion. Flat-Earthers exploit this fact and demand if our claim is ‘final’ and will never change.

If we concede that our conclusion depends on new evidence that might arise in the future, flat-Earthers will perceive that as a “weakness”, that we are not “100% sure,” and use it to proclaim that we are wrong. It is the fallacy of ad-fidentia.