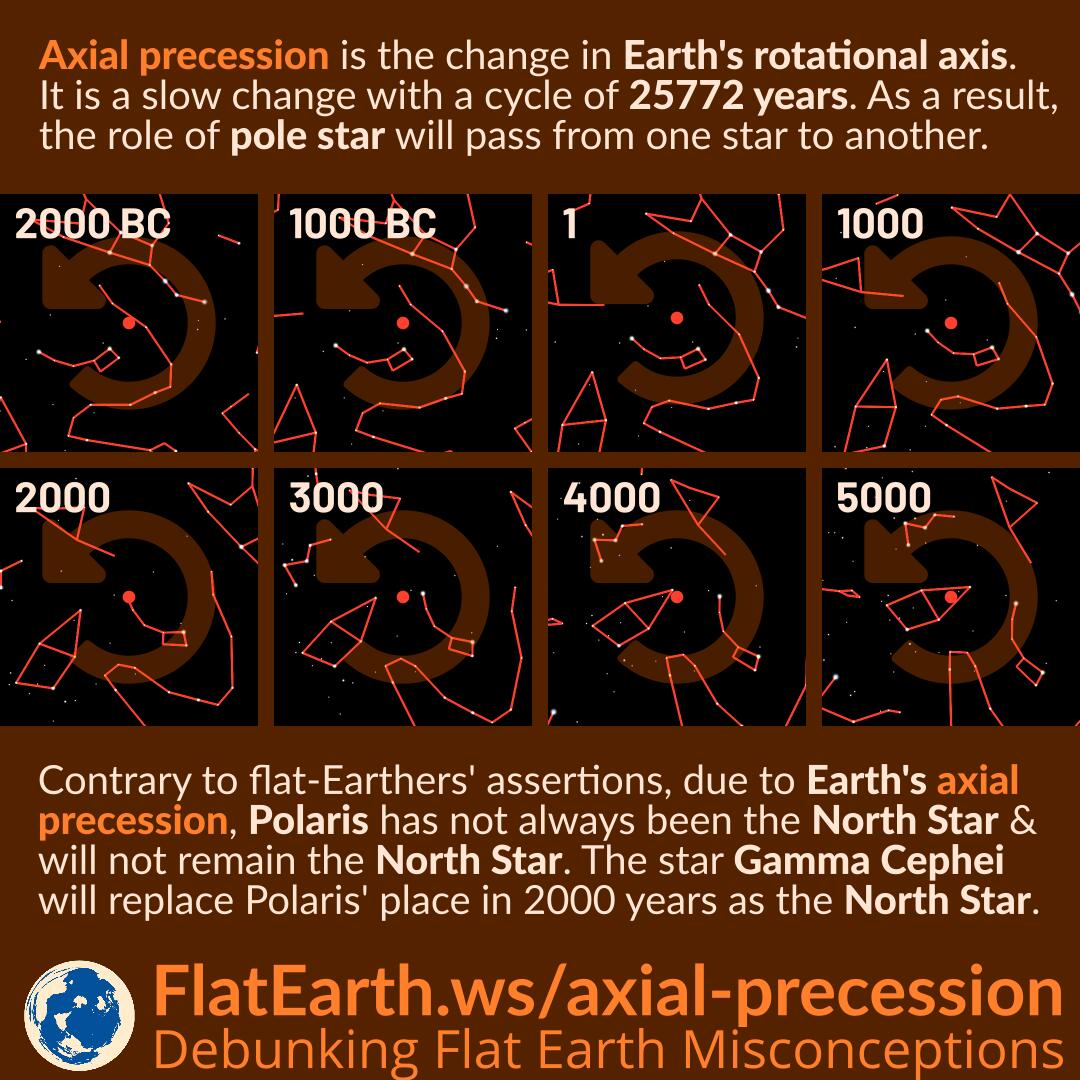 Axial precession is the change in Earth’s rotational axis. It is a slow change with a cycle of 25772 years. As a result, the role of pole star will pass from one star to another.

Precession is the same motion we observe on a rotating top. Besides the rotating motion, we can also watch the axis of rotation is moving, and it will become more evident as the top rotates slower.

In the next few centuries, the north celestial pole will drift too far from Polaris, and we will start calling the star Gamma Cephei as our new pole star.