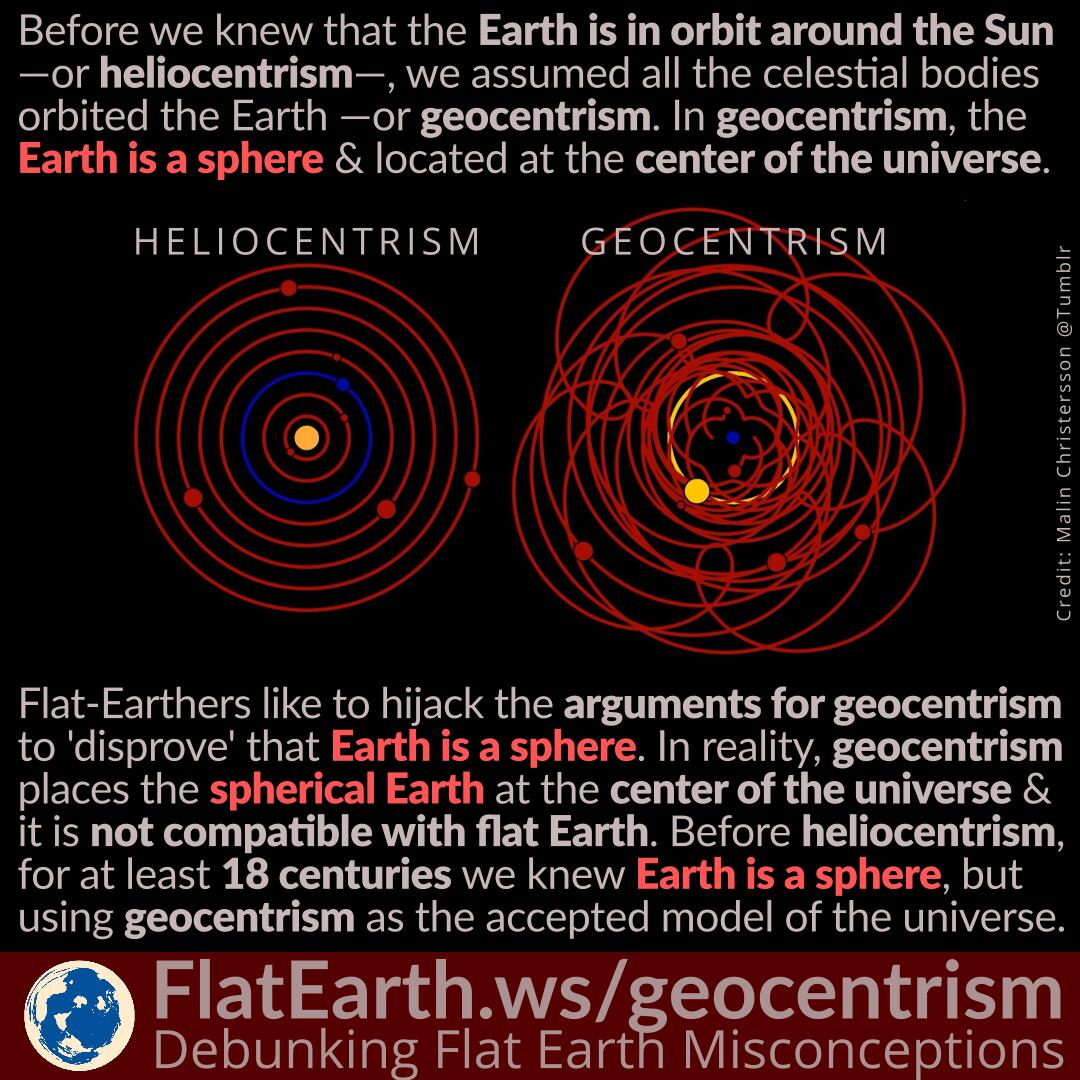 Geocentrism is a superseded description of the universe with Earth at the center. Under geocentrism, celestial bodies all orbited Earth. Geocentrism was the accepted model of the Universe for approximately 18 centuries; before we knew that Earth orbits the Sun —or what we call as heliocentrism.

The flat-Earth is an archaic conception of Earth’s shape as a plane or disc, subscribed by many ancient cultures. In the modern, pseudoscientific belief in a flat Earth, they added various conspiracy theories and ad-hoc explanations, like the Antarctica ice wall, the explanation of gravity, the new world order, etc.

The flat-Earth model is superseded by the geocentric model; or geocentrism. Geocentrism accepted that the Earth is a sphere, and placed it in the center of the Universe.

From 16 century onward, the geocentric model is challenged by the heliocentric model, in which planets —including the Earth— are in orbit around the Sun. The model was not accepted immediately. It required several centuries before it was finally accepted as the working model as the Universe.