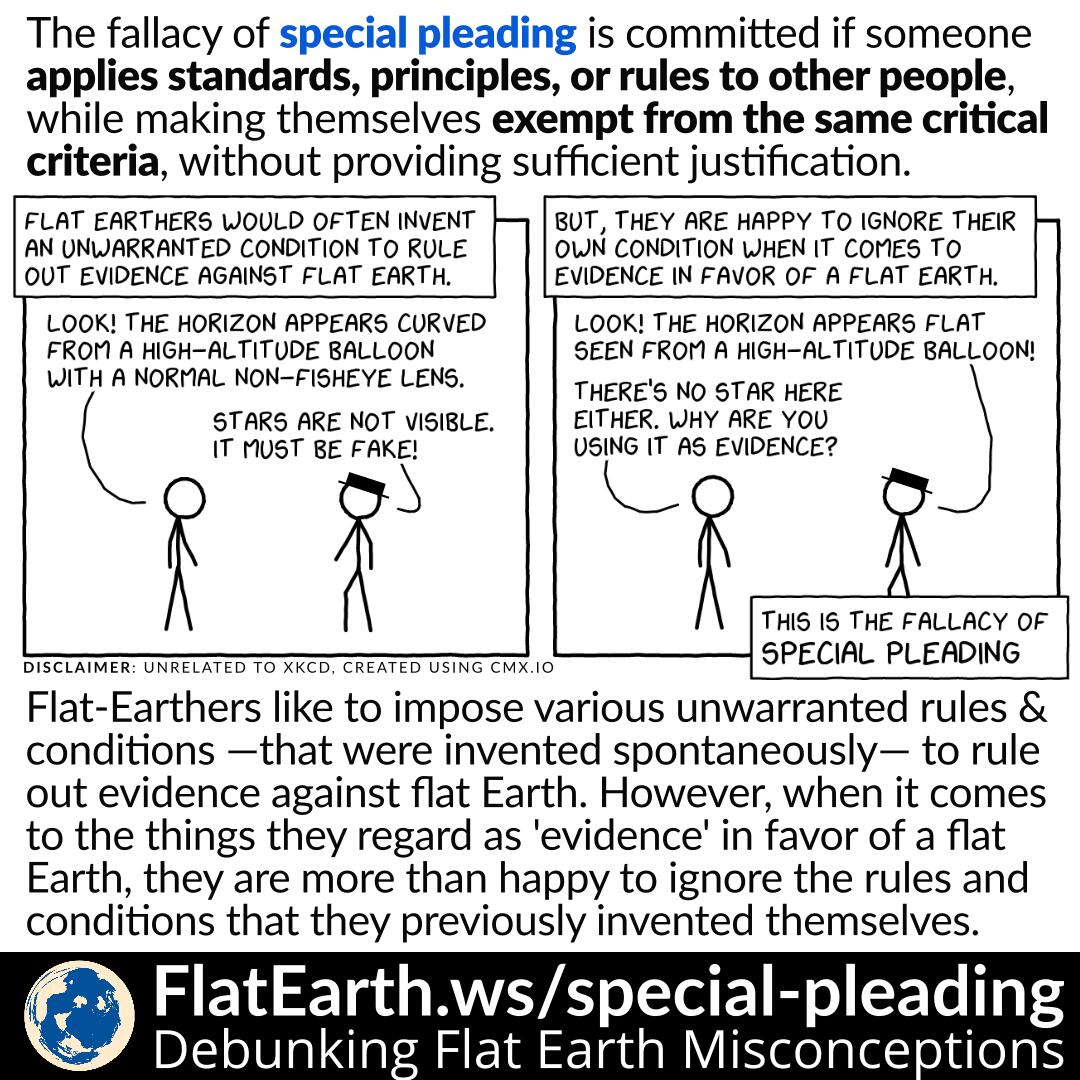 Special pleading is applying standards, principles, or rules to other people or circumstances, while making themselves or certain circumstances exempt from the same critical criteria, without providing adequate justification.

Flat-Earthers like to impose various unwarranted rules and conditions —that were invented spontaneously— to rule out evidence against flat Earth. However, when it comes to the things they regard as ‘evidence’ in favor or a flat Earth, they are more than happy to ignore the rules and conditions that they previously invented.