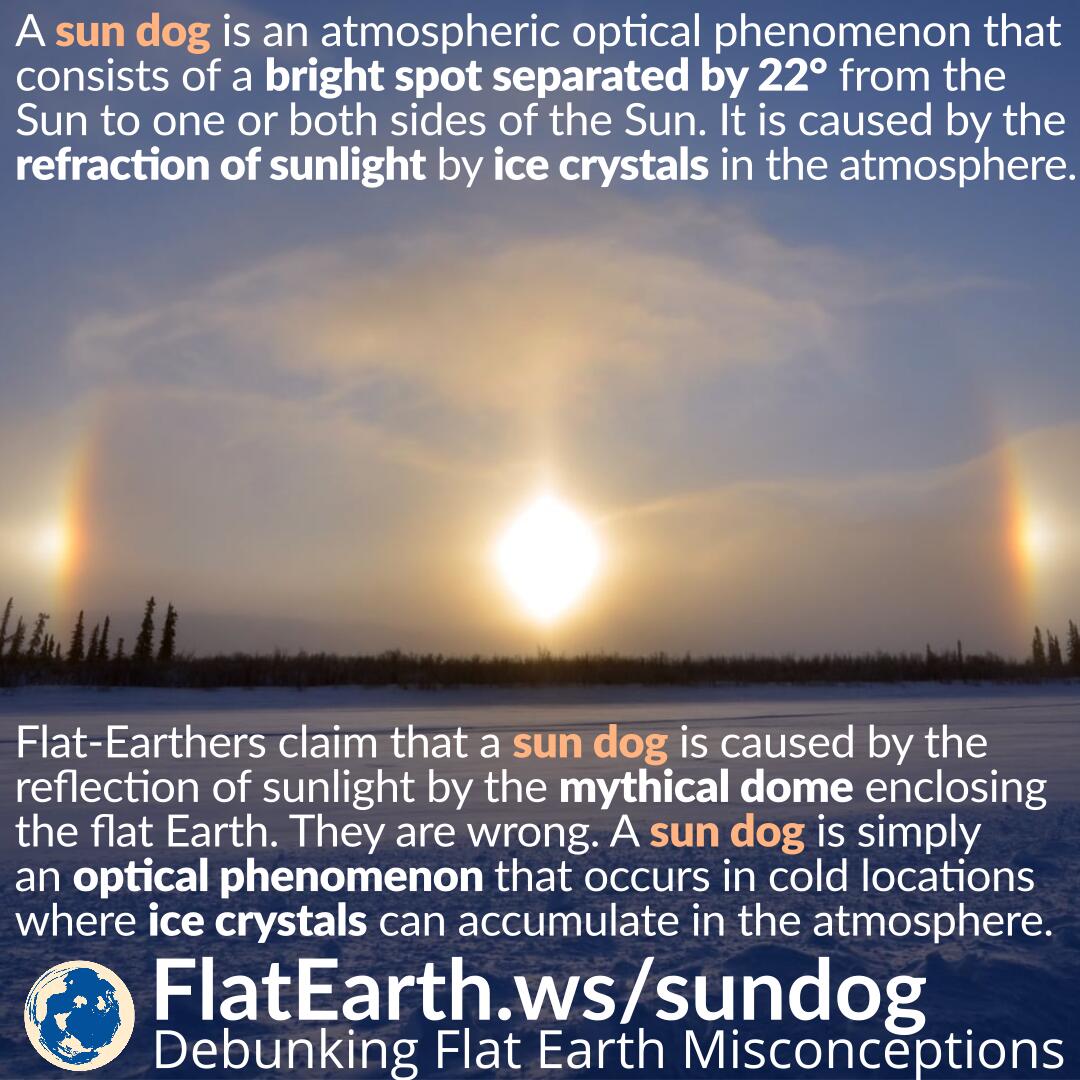 A sun dog is an atmospheric optical phenomenon that consists of a bright spot separated by 22° from the Sun to one or both sides of the Sun. It is caused by the refraction of sunlight by ice crystals in the atmosphere.

Flat-Earthers claim that a sun dog is caused by the reflection of sunlight by the mythical dome enclosing the flat Earth, that there are multiple suns, or other equally implausible reasons. They are wrong. A sun dog is simply an optical phenomenon that occurs in cold locations where ice crystals can accumulate in the atmosphere.

A sun dog occurs because the hexagonal shape of ice crystals only refract light from 22° to 50°. No light is refracted outside the range. This result in a dark sky from the position of the Sun up until 22° from the Sun, then it suddenly becomes bright from 22° and tapers off until 50°.

Red light is refracted less strongly than other visible light, giving the red hue of the inner edge of sun dogs.