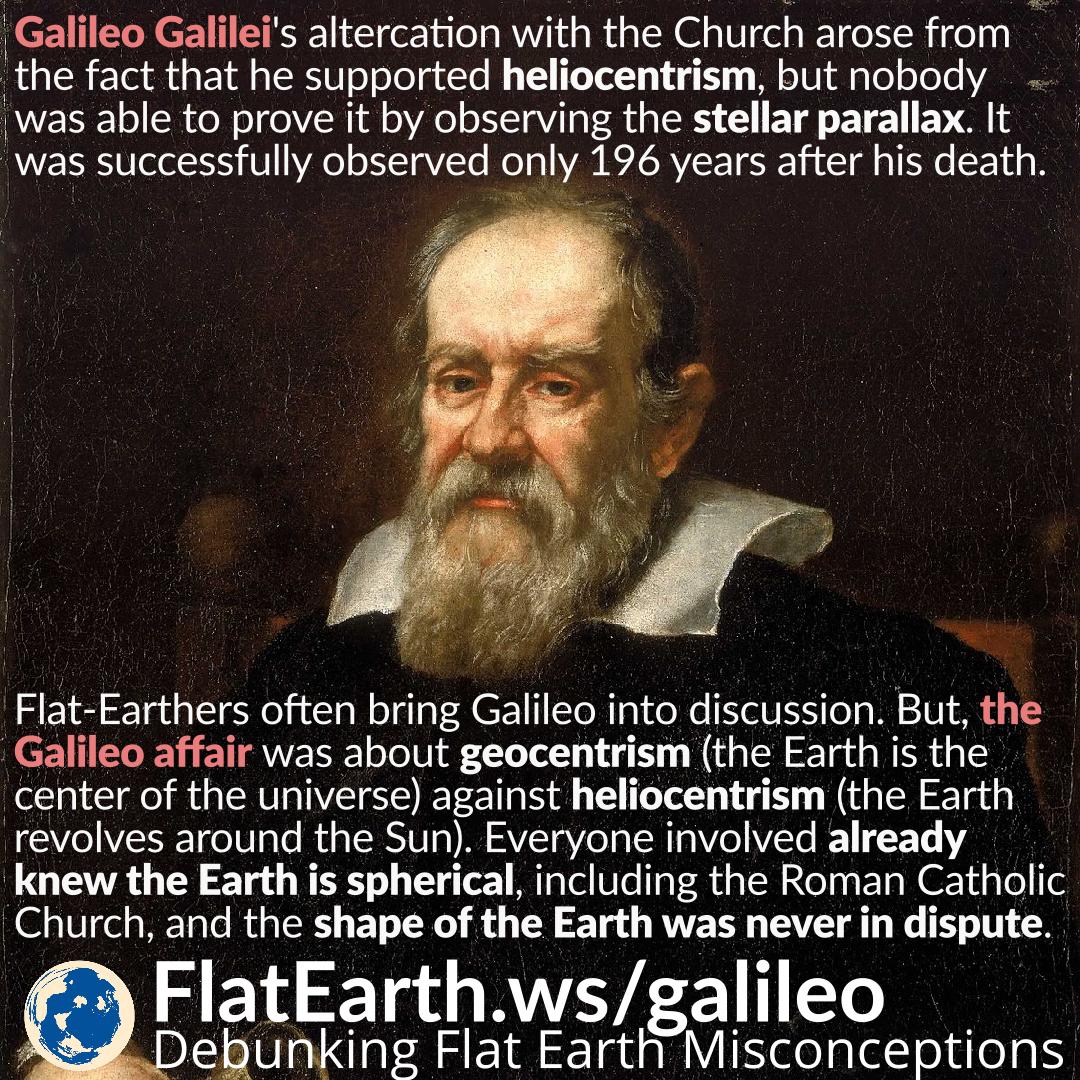 Flat-Earthers often bring Galileo into the discussion. They treat him as a ‘villain’ who supported the spherical Earth but unable to prove it as he failed to demonstrate the occurrence of stellar parallax.

They are wrong. The Galileo affair was in fact not about the shape of the Earth at all. It was about geocentrism vs. heliocentrism. Everyone involved already knew that the Earth is spherical.

Galileo supported heliocentrism, where the Earth and other planets are in motion around the Sun. He concluded this from his observation using his telescope. He observed that Jupiter has satellites in movement around it, and Venus has phases, like the Moon. His discoveries are not consistent with the geocentric model supported by the Roman Catholic Church.

The problem is that he and other experts were unable to observe the occurrence of stellar parallax. The technology in the day was just not advanced enough for them to observe stellar parallax. Stellar parallax was only successfully observed by Friedrich Bessel, almost two centuries after Galileo’s death. Because the Church felt Galileo was against the teaching of the Church, he was kept under house arrest for the rest of his life.

At this time, the Catholic Church has agreed that Galileo was right, and his name has been formally rehabilitated. From the Catholic Church’s viewpoint, there’s no longer a doubt that the Earth is spherical and in motion around the Sun.