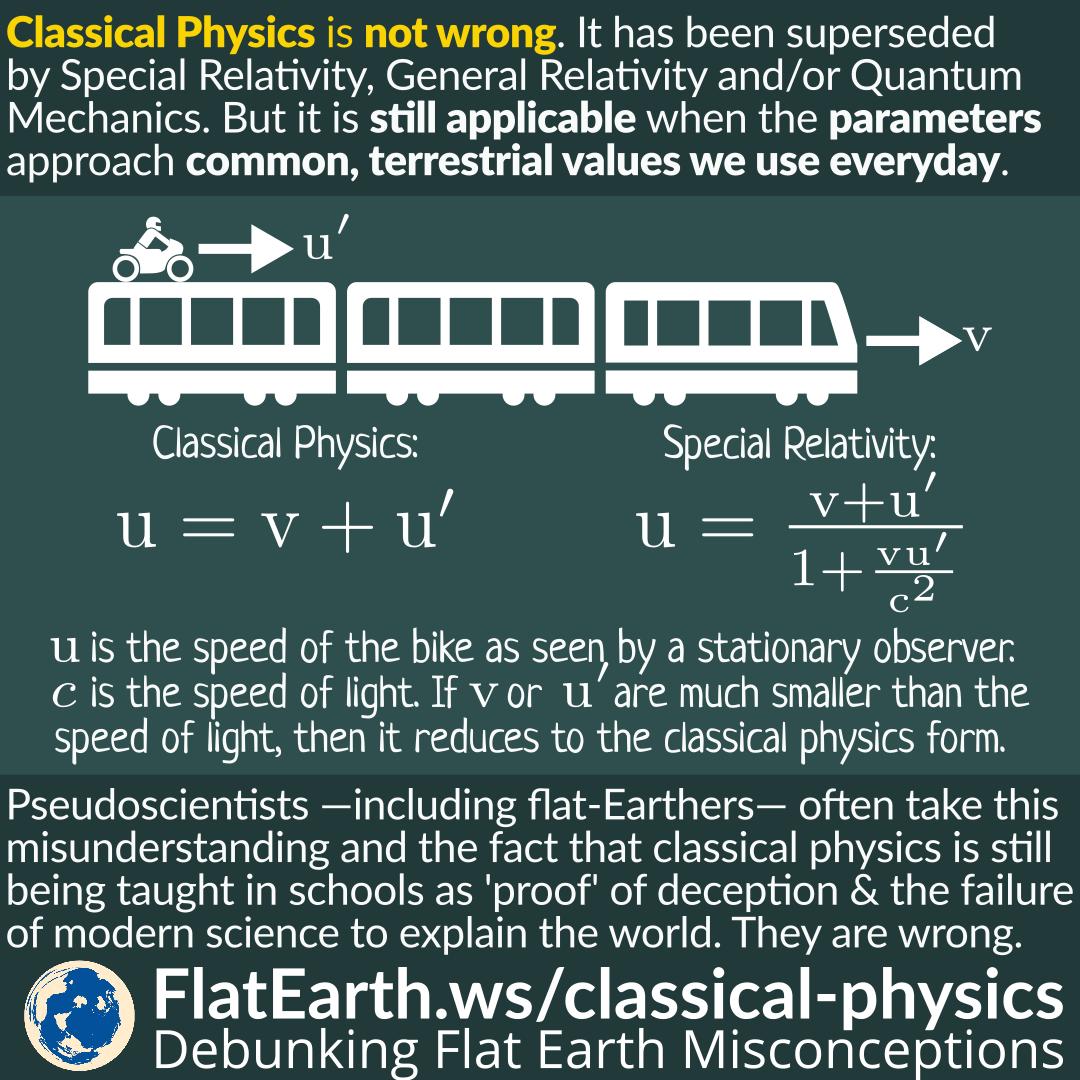 What actually happens is that we discovered a more accurate and general description of our world. It turns out that classical physics appears as a simplification or approximation, where it becomes more valid as the parameters approach common everyday values.

In all the everyday cases, both classical physics and modern physics will give us a practically the same result, but everything is going to be much more complicated with modern physics.

When the new theories were being developed, they must be able to explain everything that can already be explained by classical physics, and at the same time explain other things that can’t be described by the old set of theories. The same thing would apply to any new theories in the future.

In some cases, the old theories are completely superseded by the new one, but it is possible that the old theories are still applicable and remain to be used. In this case, the advantage of classical physics is its simplicity. It is very easy to understand, yet remain accurate enough for almost all use cases.