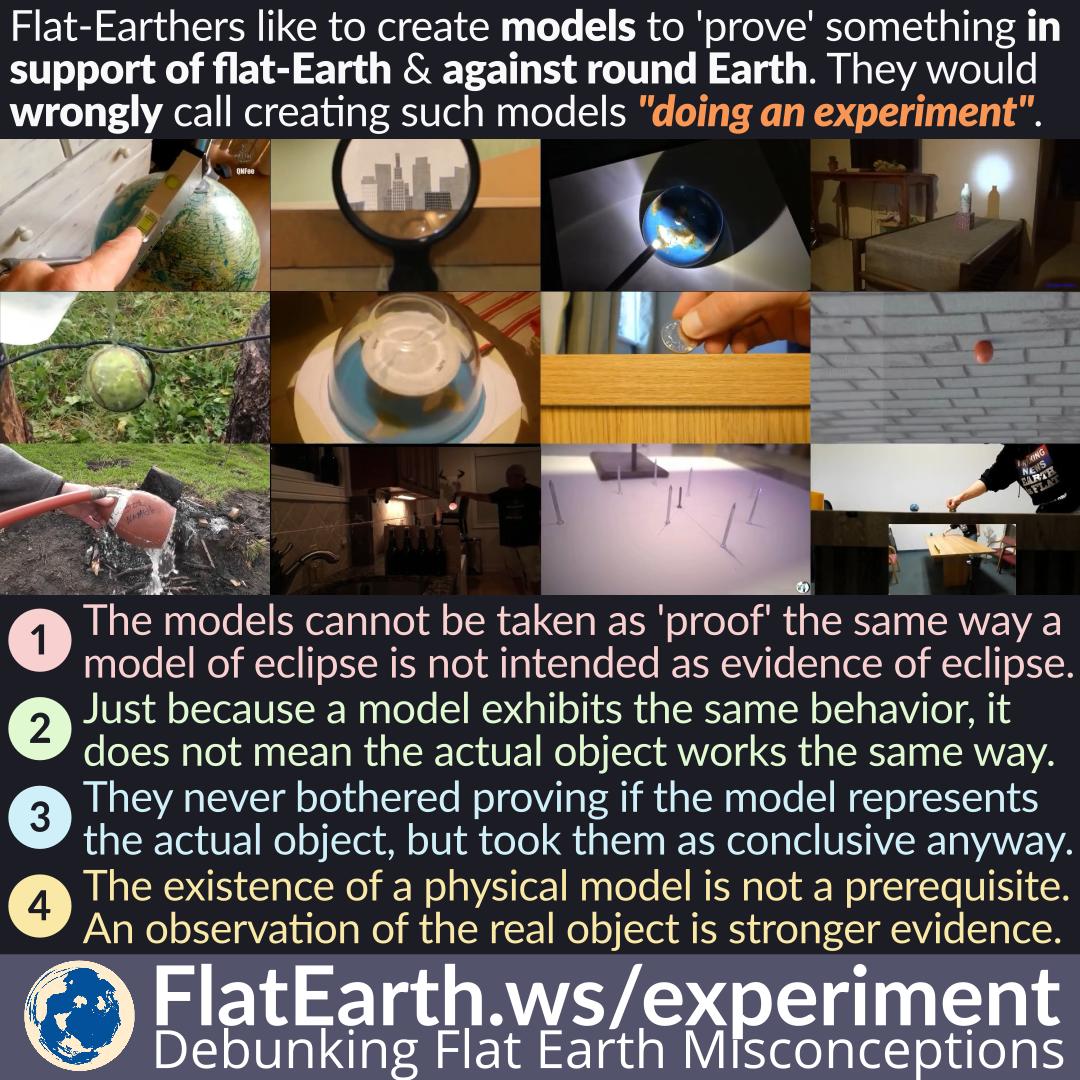 We often see flat-Earthers create a ‘miniaturized physical model’ of a real object and present them as ‘proof’ in support of flat-Earth and against spherical Earth. Their M.O. is to observe if the model remotely resembles the actual object in a particular way. If it does, then it is enough for them to conclude the model describe how the real object works.

They would wrongly call creating such models “doing an experiment”.

Some example of such “experiments”:

Obviously, their conclusions are wrong:

These things they are calling “experiment” only serve as a demonstration that they don’t know what they are doing.

For example, to disprove gravity, one needs to know everything about gravity. Just because they don’t understand it is not proof gravity does not exist. And if they genuinely understand gravity, they would not do something like the water on a ball experiment and take it as the ‘proof’ of the non-existence of gravity.