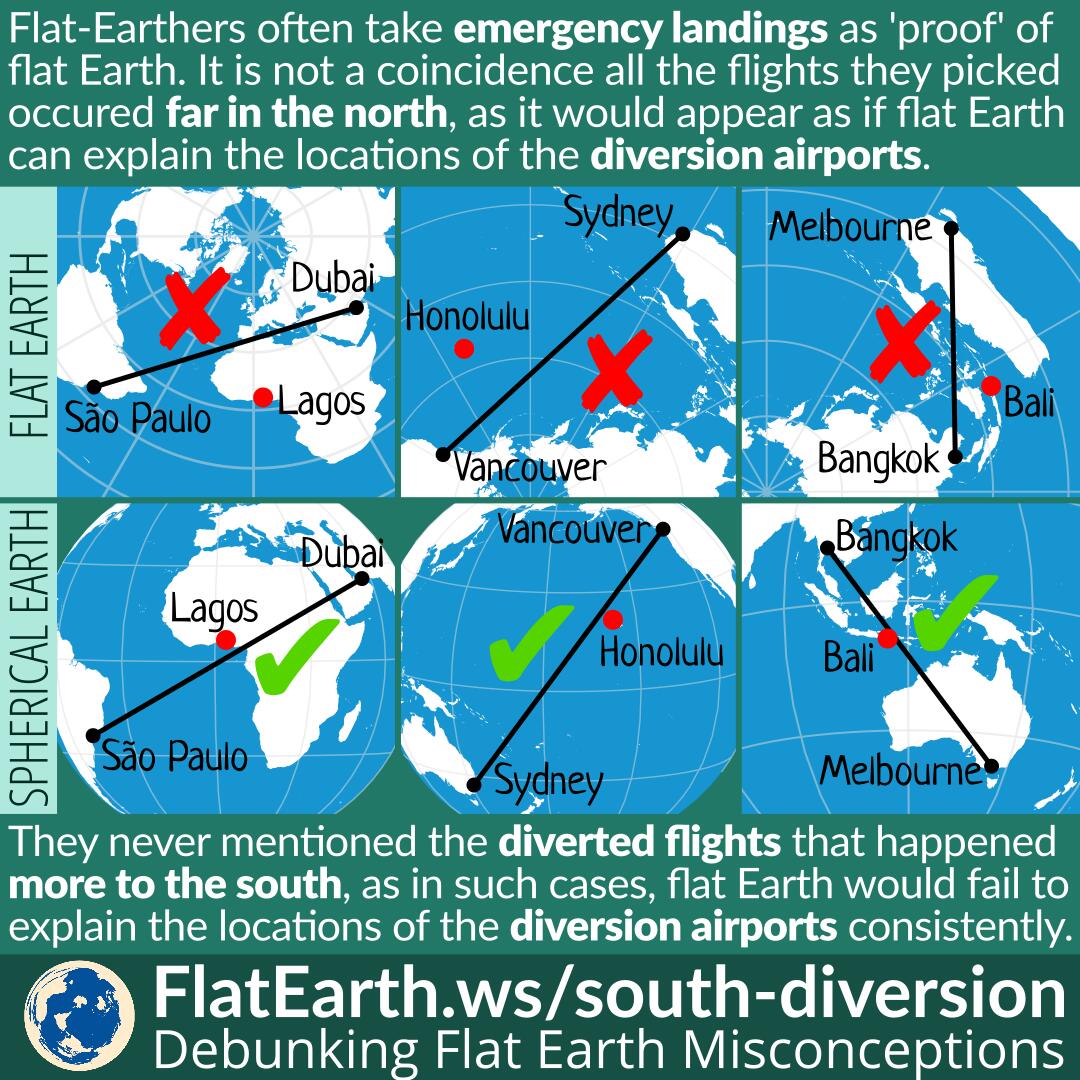 There are two problems:

Had they chosen emergency landings that occurred more to the south, then the ‘flat-Earth map’ would no longer be able to explain the location of the diversion airports consistently. On the other hand, the spherical Earth model can consistently explain both cases.

Some Examples of Emergency Landings

These are some occurrences of emergency landings that cannot be explained by the flat-Earth model. 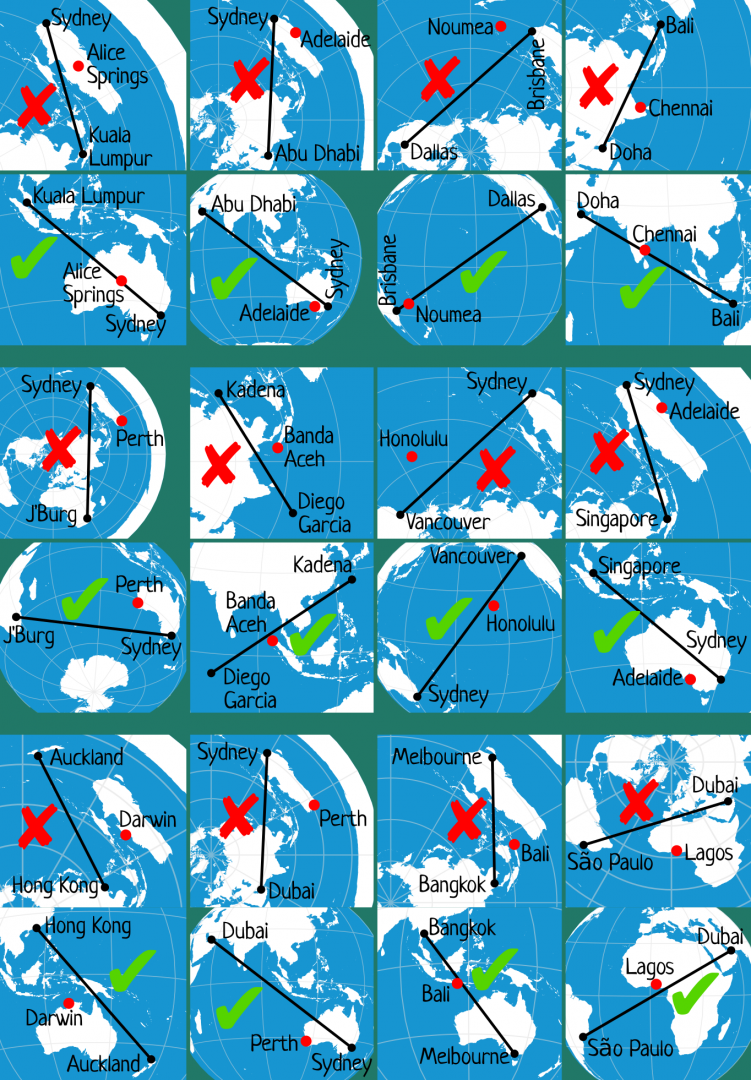