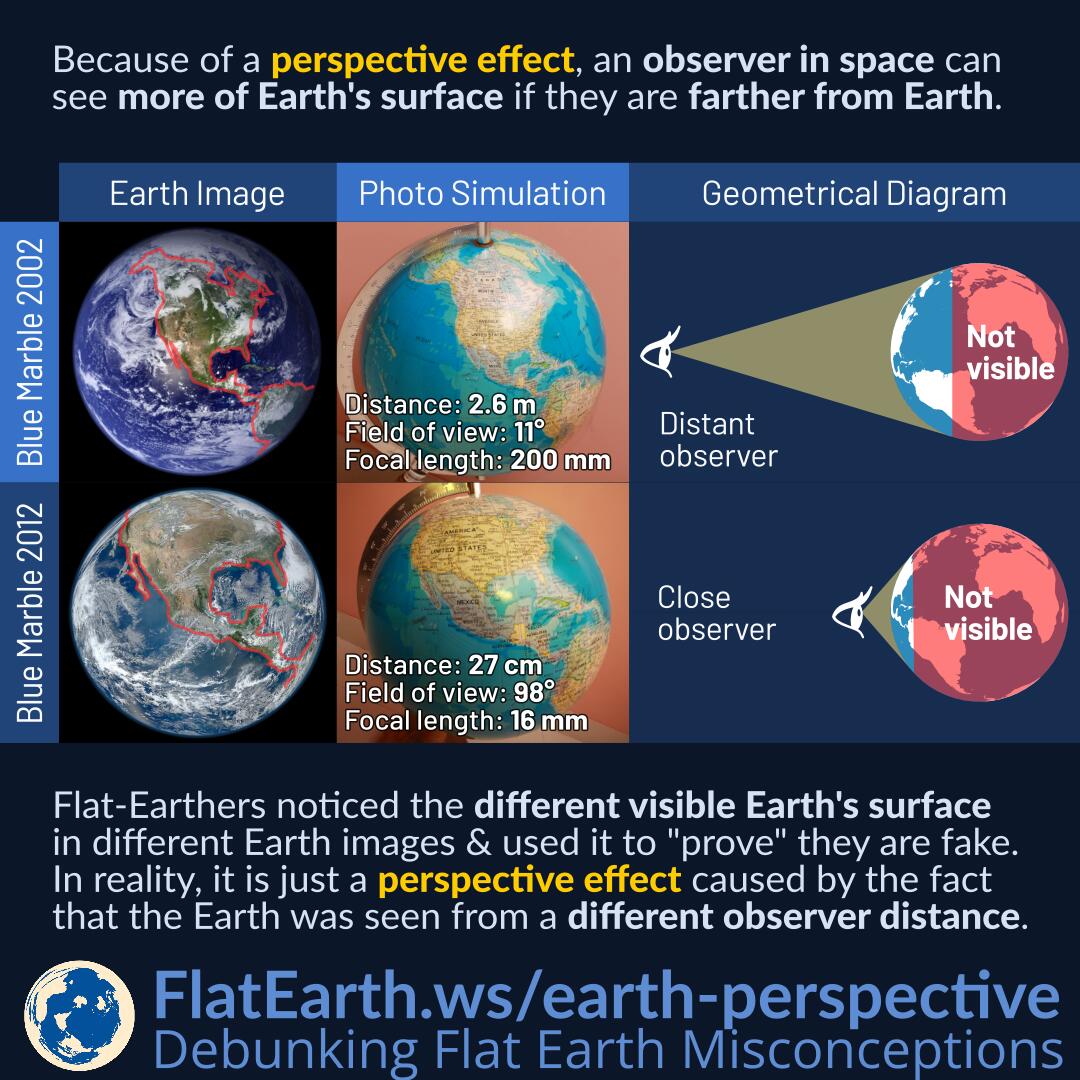 Because of a perspective effect, an observer in space can see more of Earth’s surface if they are farther from Earth.

Flat-Earthers noticed the different visible Earth’s surface in different Earth images and used it to “prove” they are fake. In reality, it is just a perspective effect caused by the fact that the Earth was seen from a different observer distance.

For a simple demonstration, we can take a photo of a globe from different distances and adjust the zoom factor to fit the globe in the frame. We will observe that the part of the globe visible in the photo is different depending on our distance to the globe.

The two images flat-Earthers bring up often are the Blue Marble 2002 and 2012, which shows North America with different sizes relative to the Earth.

To illustrate how such a phenomenon might happen, we can use a globe and a camera with a zoom lens: