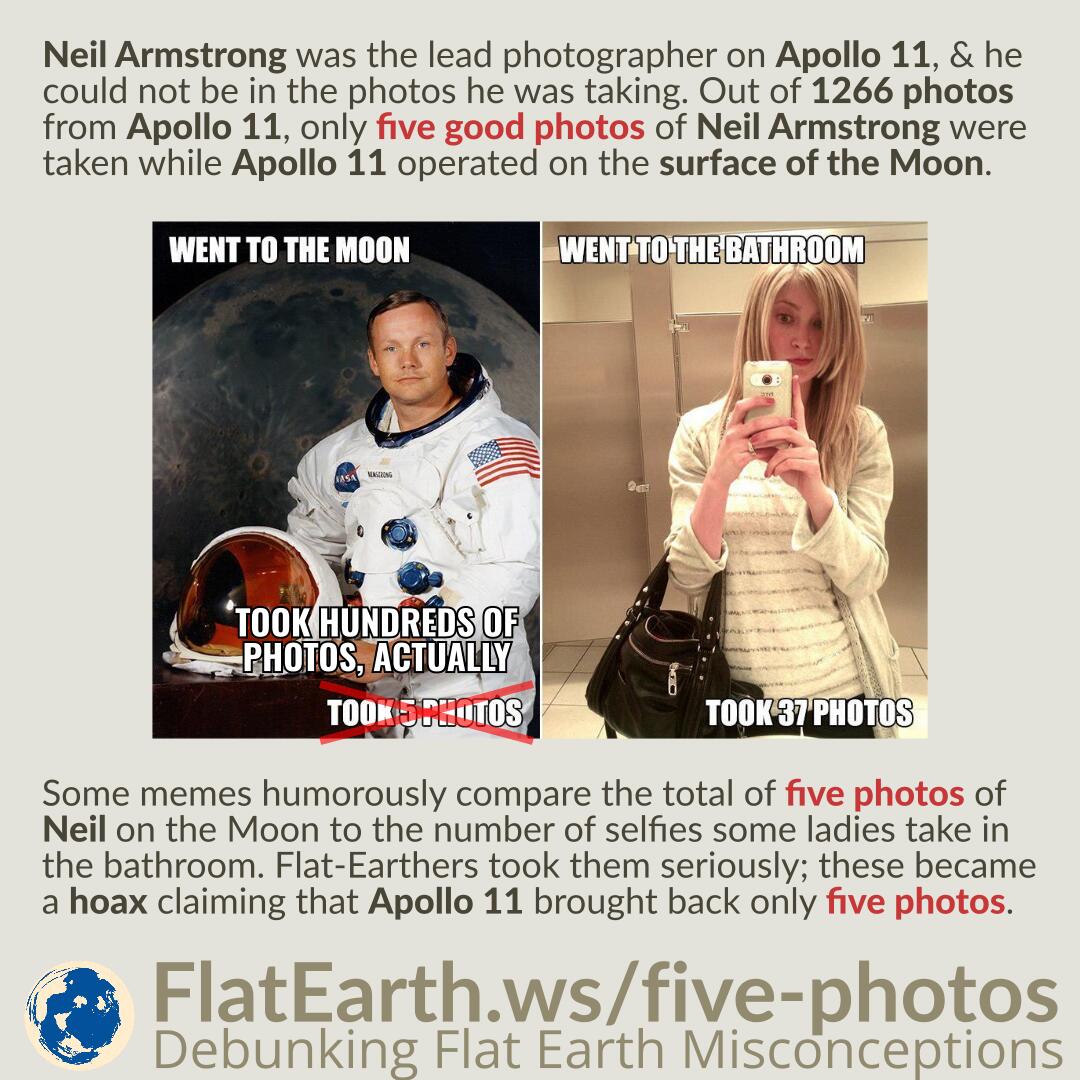 Some memes humorously compare the total of five photos of Neil on the Moon to the number of selfies some ladies take in the bathroom. Flat-Earthers took them too seriously, and these became a hoax claiming that Apollo 11 brought back only five photos.