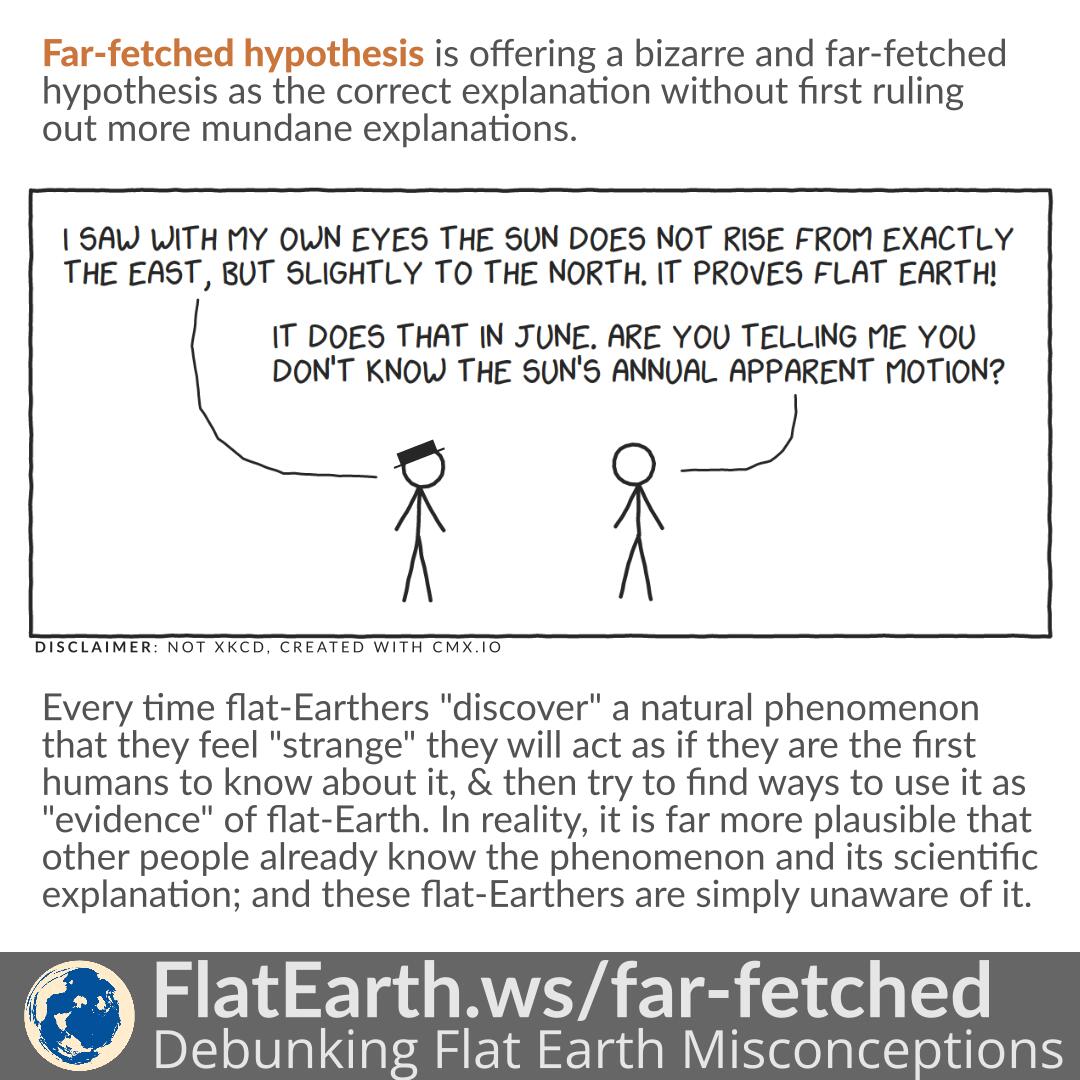 Every time flat-Earthers “discover” a natural phenomenon that they feel “strange,” they will act as if they are the first humans to know about it and then try to find ways to use it as “evidence” of flat-Earth. In reality, it is far more plausible that other people already know the phenomenon and its scientific explanation, and these flat-Earthers are just unaware of it.