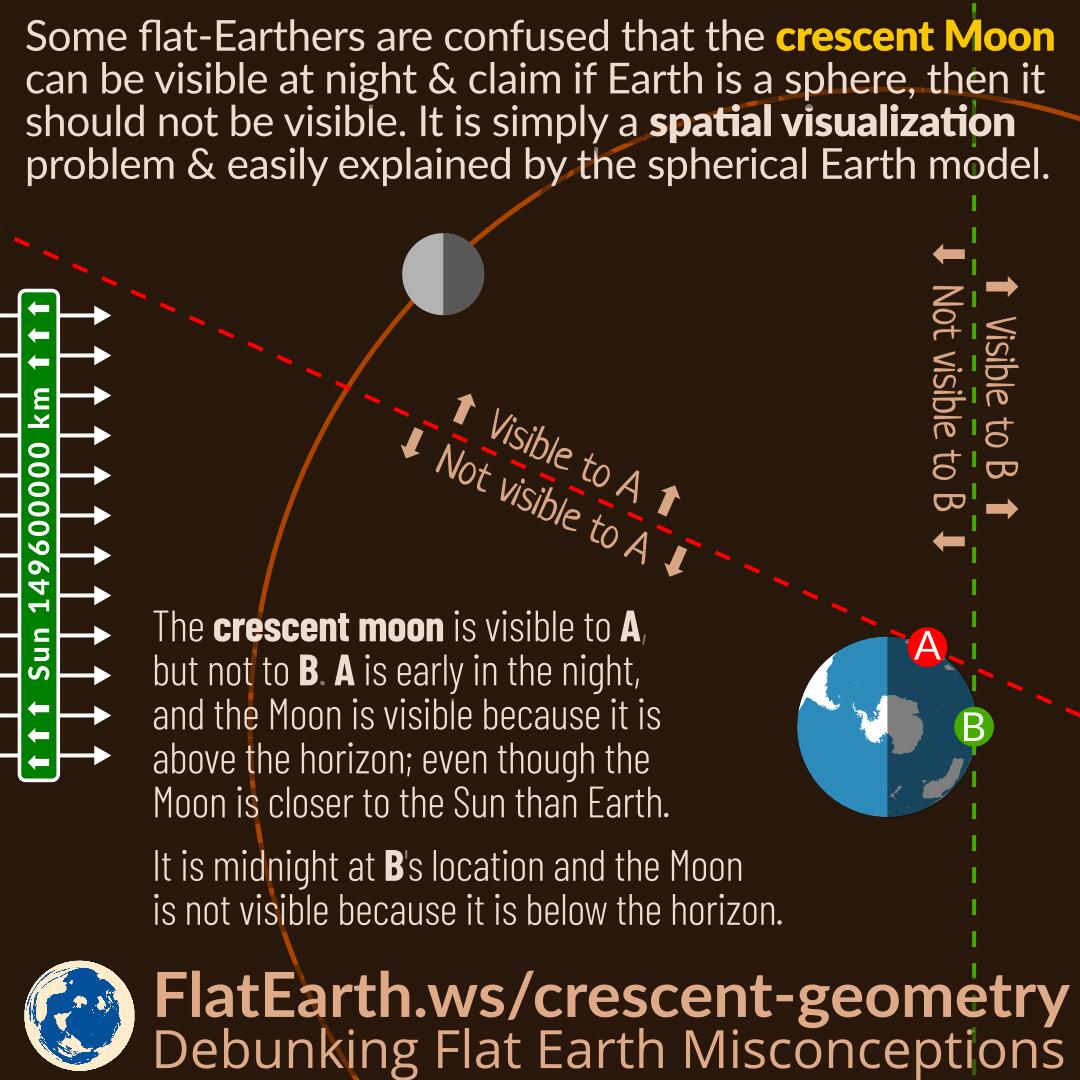 Some people are confused that the crescent moon can be visible at night, even though during the time, the Moon is closer to the Sun than Earth, and the part of the Earth is facing away from the Sun.

Many flat-Earthers have the same visualization difficulties, but they take it a step further and use it as ‘evidence’ as a ‘failure’ of science to explain the fact. In reality, the phenomenon can be readily explained in the spherical Earth model.

In most cases, the confusion arises because we are too fixated on the positions of the Sun, Moon & Earth relative to each other; but do not pay enough attention to the position of the observer standing on the surface of the Earth. An observer on Earth has a clear view of the sky in every direction, not just the sky directly above, and any objects above the horizon —unobstructed by the Earth itself— are visible.

This spatial visualization difficulty is widespread. However, flat-Earthers are always in the lookout for finding ‘holes’ in mainstream science, and they would use their confusion about a topic as ‘evidence’ against science. In this case, they cannot understand how a crescent moon is visible at night and use it as ‘evidence’ against spherical Earth.