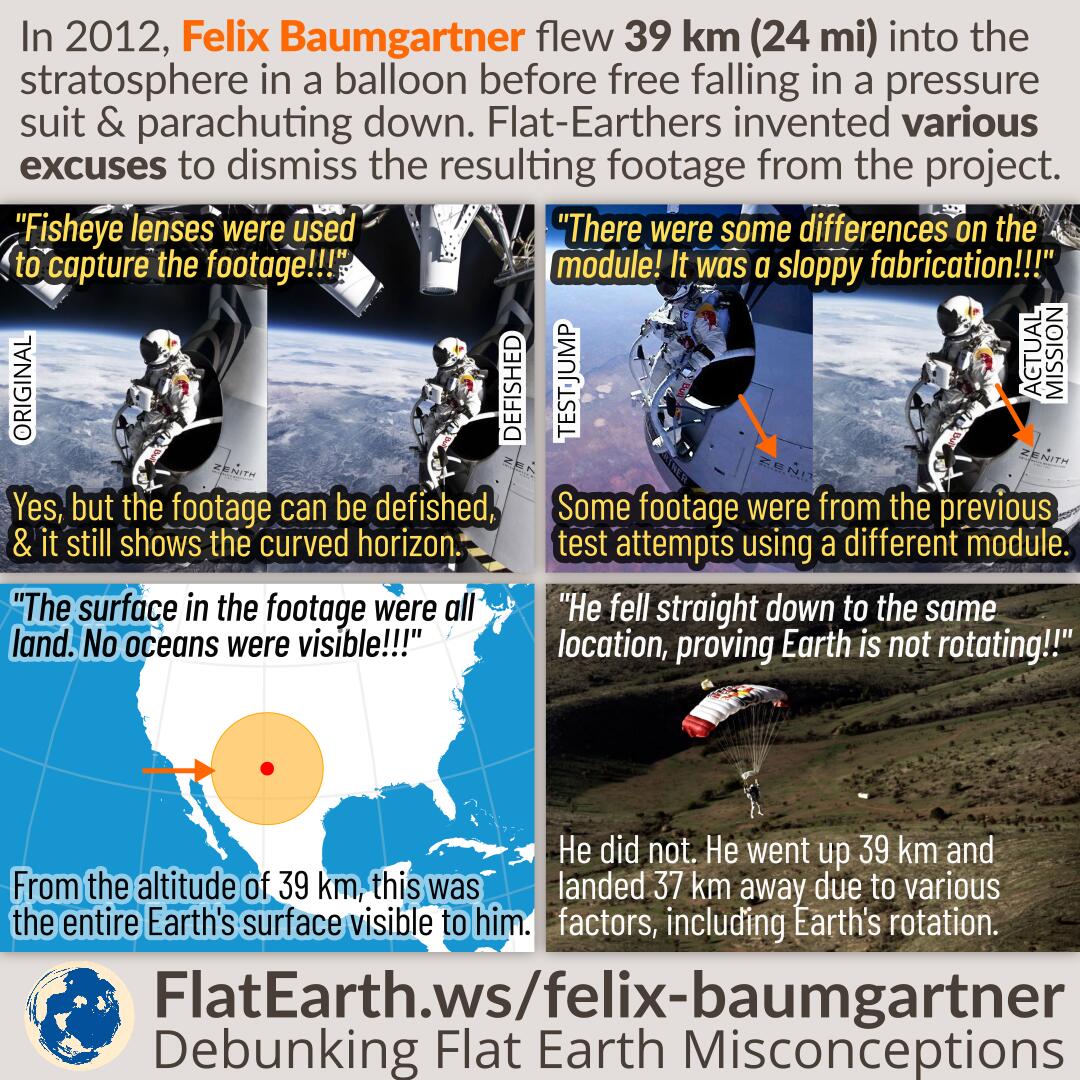 Red Bull Stratos was a high-altitude diving project involving Felix Baumgartner. In 2012, Felix Baumgartner flew 39 km (24 mi) into the stratosphere in a helium balloon before free falling in a pressure suit and then parachuting to Earth. Flat-Earthers invented various excuses to dismiss the resulting footage from the project.

Fisheye lenses were used to record the footage of the jump. Flat-Earthers used the fact to rule out the apparent curvature in the videos as if the curve were produced by the fisheye distortions. In reality, the camera and the lens used were identified, and from that, it was possible to perfectly defish the footage.  The defished footage still shows the curvature very clearly.

Before Felix performed the jump, he did test runs twice, using a different module. Flat Earthers identified several differences from the different footage of the drop and concluded it was a sloppy manipulation. In reality, there were two modules, one for the test jumps, and the other for the actual record-breaking jump.

From the published videos, the entire Earth’s surface visible to Felix was all land, and no ocean was in sight. Flat-Earthers questioned it: if Felix jumped from space, then Earth’s ocean around the US should be visible. In reality, Felix jumped from merely 39 km, not nearly high enough to call it “space.” From such an altitude above Roswell, NM, the ocean should not be visible, consistent with the published videos.

Flat-Earthers questioned that if the Earth is rotating, then why Felix jumped straight down to the same location? First, Felix still retained the inertia he had when he was still standing on the surface. And second, he did not jump straight down to the same location. He went up 39 km and landed 37 km away due to various factors, including the Coriolis effect from Earth’s rotation.