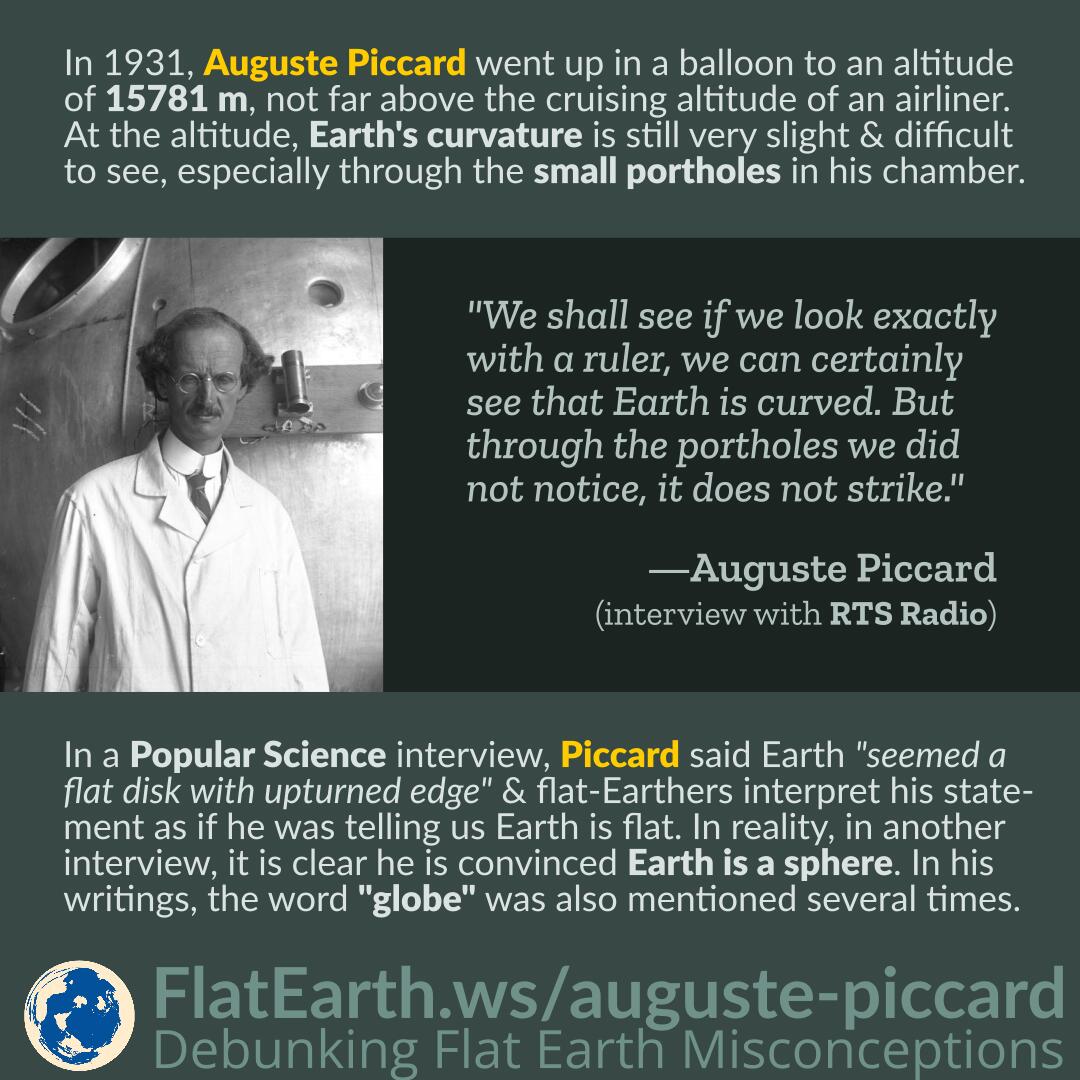 Picard reached the altitude of 15781 m (51775 ft) before the Pop-Sci interview, not that far above the altitude of a commercial passenger flight today. Earth’s curvature is still not easy to ascertain from the altitude.

In the interview with RTS Radio, he said he did not notice Earth’s curvature from the small porthole of his chamber but was convinced that it would be possible to see the curvature if he were using a ruler. In his balloon flight, he was inside the chamber the entire time. He can only see the outside from several small portholes, 8 cm (3 in) in diameter.

He wrote his experiences in his book “Earth, Sky, and Sea.” He never once mentioned flat-Earth. On the contrary, the word ‘globe’ was mentioned many times.

His grandson claimed on his website that Auguste Piccard was the first man to witness the curvature of the Earth. 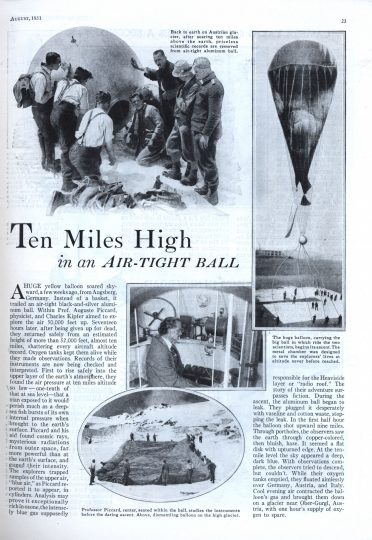 This is the curvature of the Earth should look like at the altitude of Auguste Piccard’s first flight. 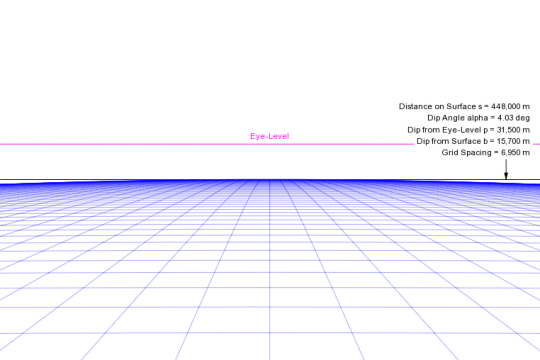 This is the aforementioned RTS Radio interview. It was in French.  Turn on subtitle and translation to get subtitles in English or another language. The relevant parts start from 7m25s.

The originals from RTS Radio