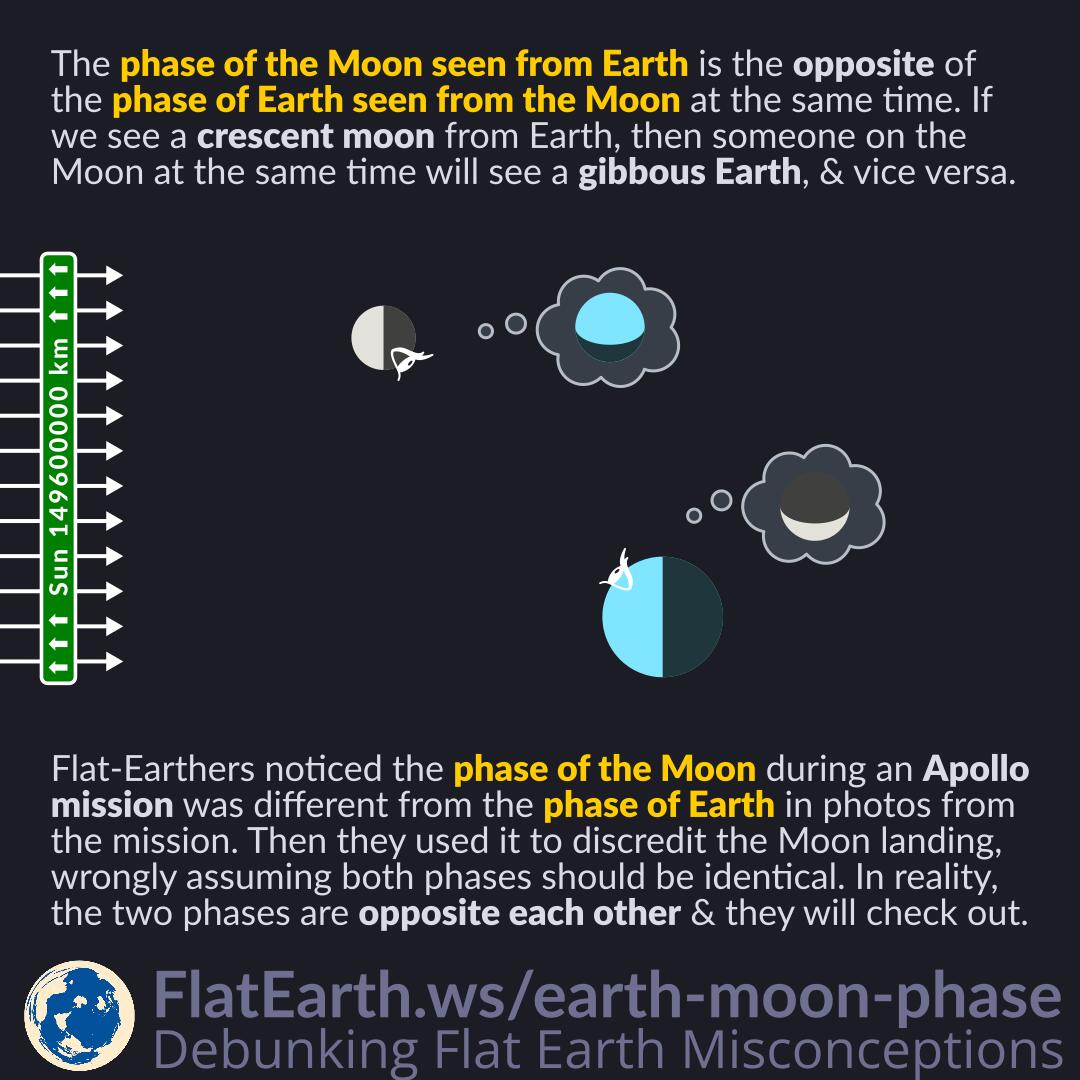 Flat-Earthers noticed the phase of the moon during an Apollo mission was different from the phase of Earth in photos from the mission. Then they used it to discredit the Moon landing, wrongly assuming both phases should be identical. In reality, the two phases are opposite each other, and they will check out.