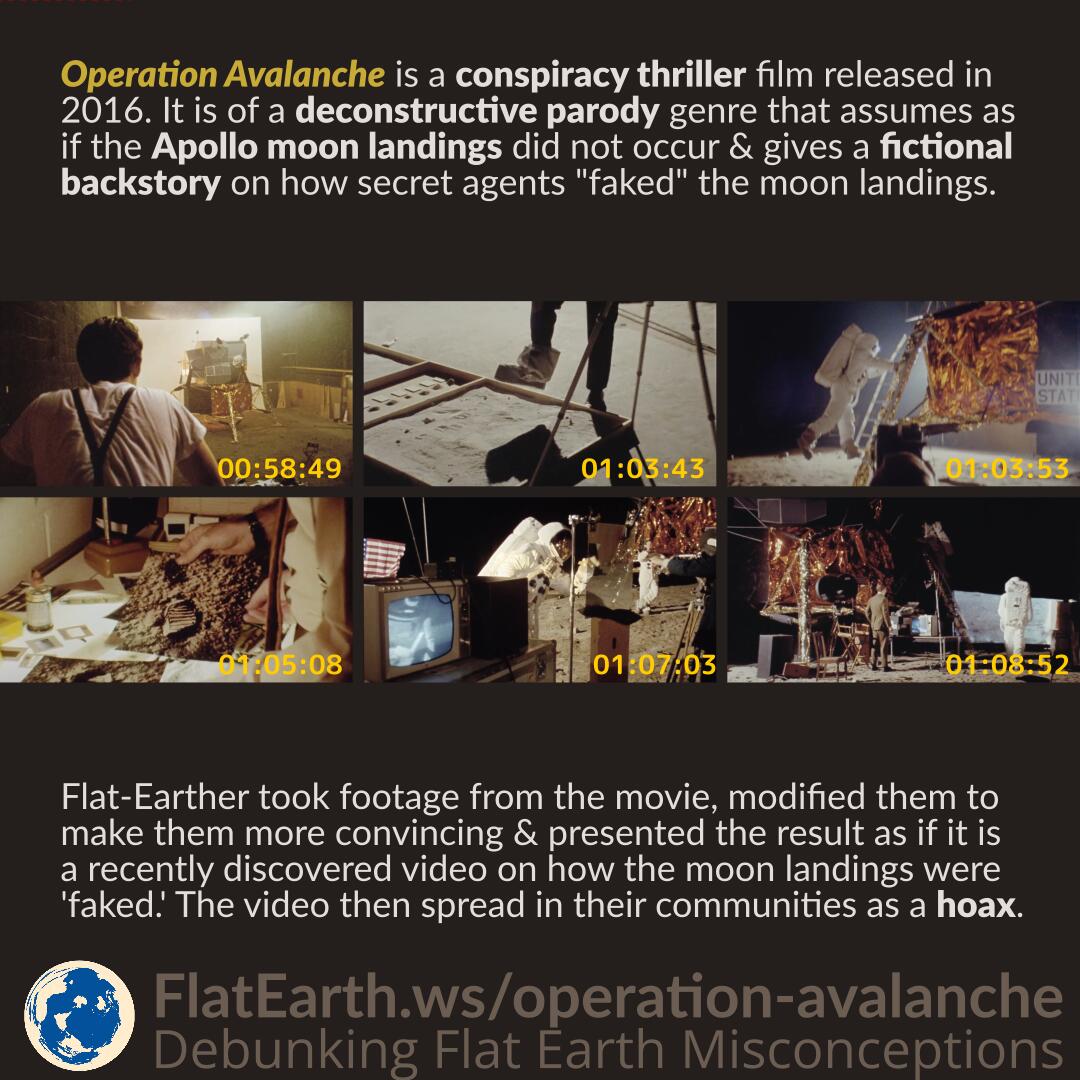 Operation Avalanche is a conspiracy thriller film released in 2016. It is of a deconstructive parody genre that assumes as if the Apollo moon landings did not occur and gives a fictional backstory on how secret agents managed to “fake” the moon landings.

Flat-Earthers took footage from the movie, then modified them to make them more convincing, and presented the result as if it is a recently discovered video on how the moon landings were “faked.” The video then spread in flat-Earth communities as a hoax.

The version often seen in flat-Earth communities was modified to look as if it originated from the 60s. They converted the footage to black and white, reduced the quality, and added some grain. It can be convincing enough to fool anyone who has never seen the original film and not critical enough.