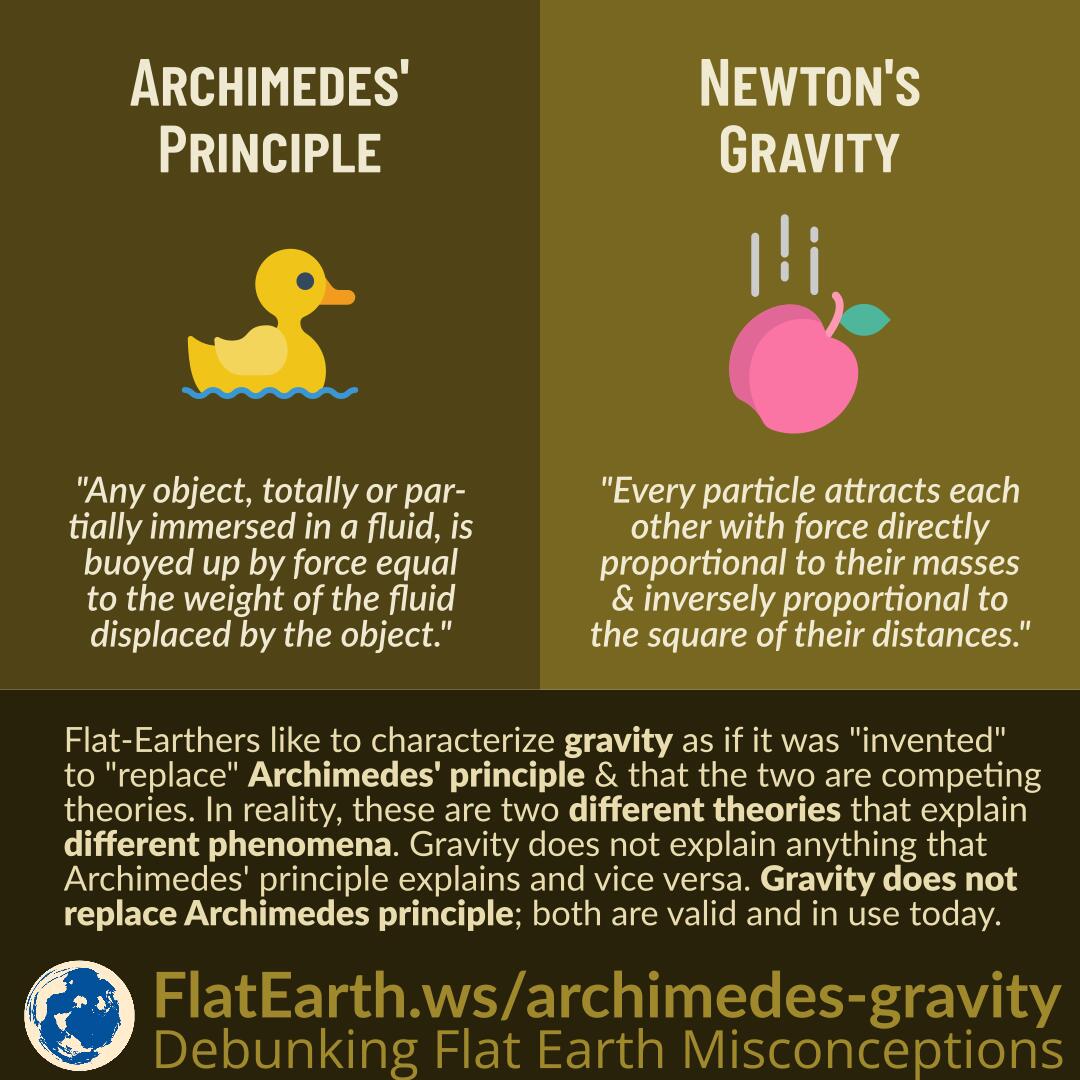 Archimedes’ principle states that any object, totally or partially immersed in a fluid, is buoyed up by force equal to the weight of the fluid displaced by the object. Meanwhile, Newton’s law of universal gravitation states that every particle attracts each other with force directly proportional to their masses & inversely proportional to the square of their distances.