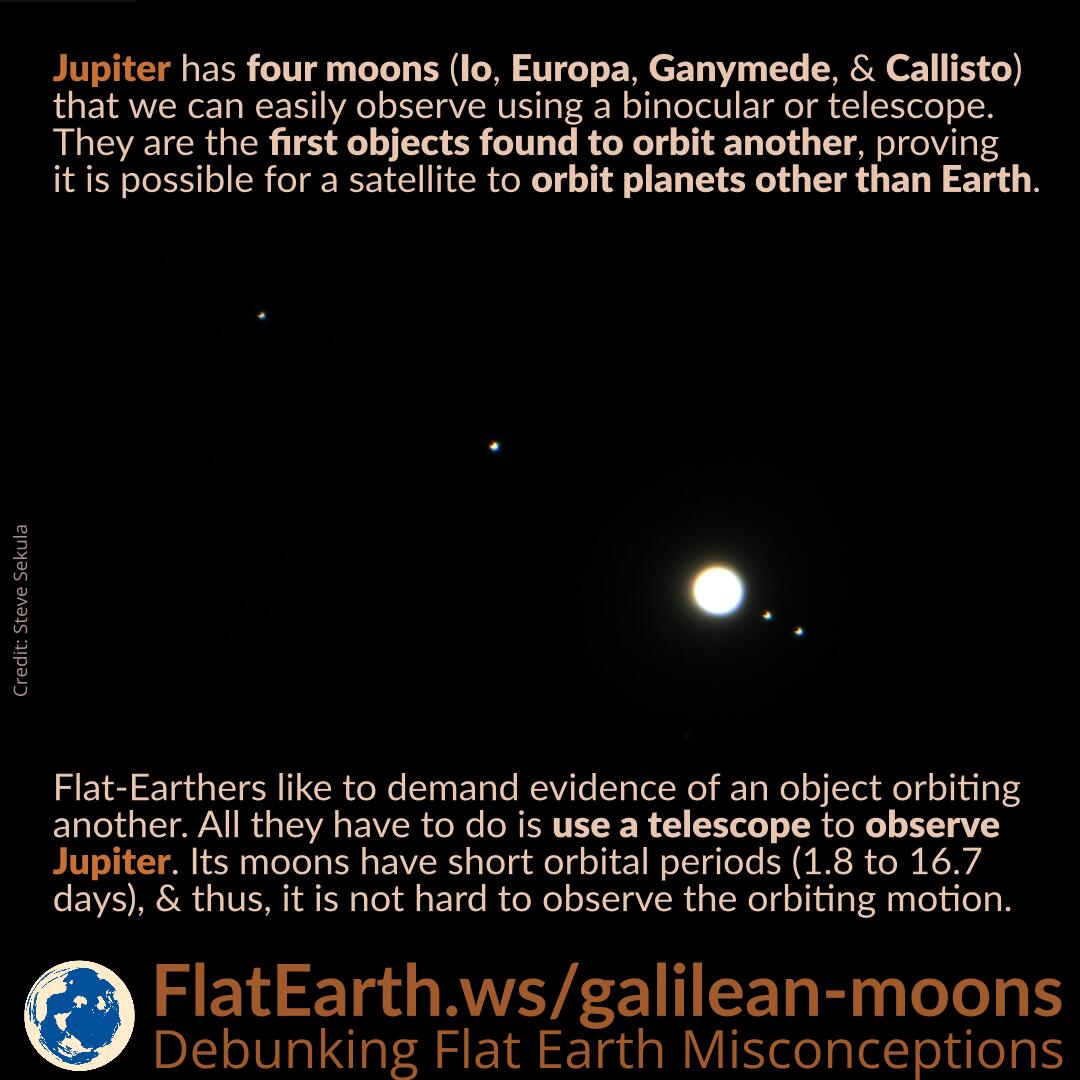 Jupiter has four moons (Io, Europa, Ganymede, & Callisto) that we can easily observe using a binocular or telescope. They are the first objects found to orbit another, proving it is possible for a satellite to orbit planets other than Earth.

Flat-Earthers like to demand evidence of an object orbiting another. All they have to do is use a telescope to observe Jupiter. Its moons have short orbital periods (1.8 to 16.7 days), & thus, it is not hard to observe the orbiting motion.

Galilean moons are first observed by Galileo Galilei in 1610, hence the term ‘Galilean moons.’ They are the first evidence that an object can orbit an object other than the Earth. It is one of the first discoveries that lead to heliocentrism, or the knowledge that planets are in motion around the Sun in the center of the solar system.

We can observe Jupiter easily using the naked eye. Galilean moons have a magnitude of 4.6-5.6 and are bright enough to be seen by the naked eye. However, it is harder to see them because of their proximity to the much brighter Jupiter (-2.9). We can observe them under the right conditions by obscuring Jupiter with our fingers. If a binocular or a telescope was available, it would be easier to observe the Galilean moons.

The four Galilean moons have relatively short orbital periods, between 1.8 days (Io) to 16.7 days (Callisto). By making two separate observations only a day apart, we can easily tell that the moons have changed place.

The Galilean moons are firsthand evidence that an object can orbit another object, as demanded by flat-Earthers. To observe the moons, it is not necessary to have expensive equipment, extended time commitment, or detailed knowledge of the topic.