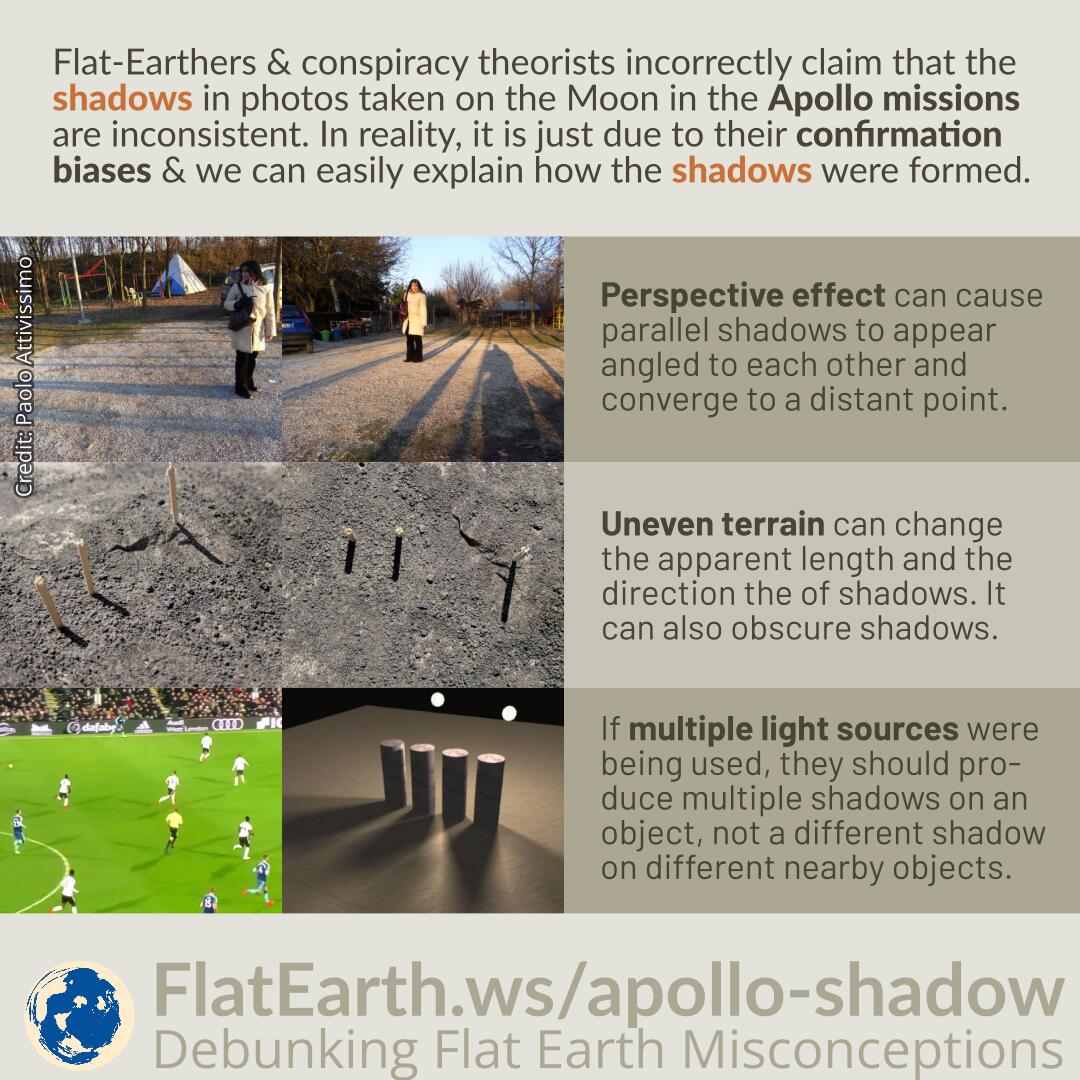 Flat-Earthers and other conspiracy theorists incorrectly claim that the shadows in photos taken on the Moon in the Apollo missions are inconsistent. In reality, it is just due to their confirmation biases, and we can easily explain how the shadows were formed.

The perspective effect can cause parallel shadows to appear angled to each other and converge to a distant point. Conspiracy theorists incorrectly claim that non-parallel shadows can only be caused by a nearby light source.