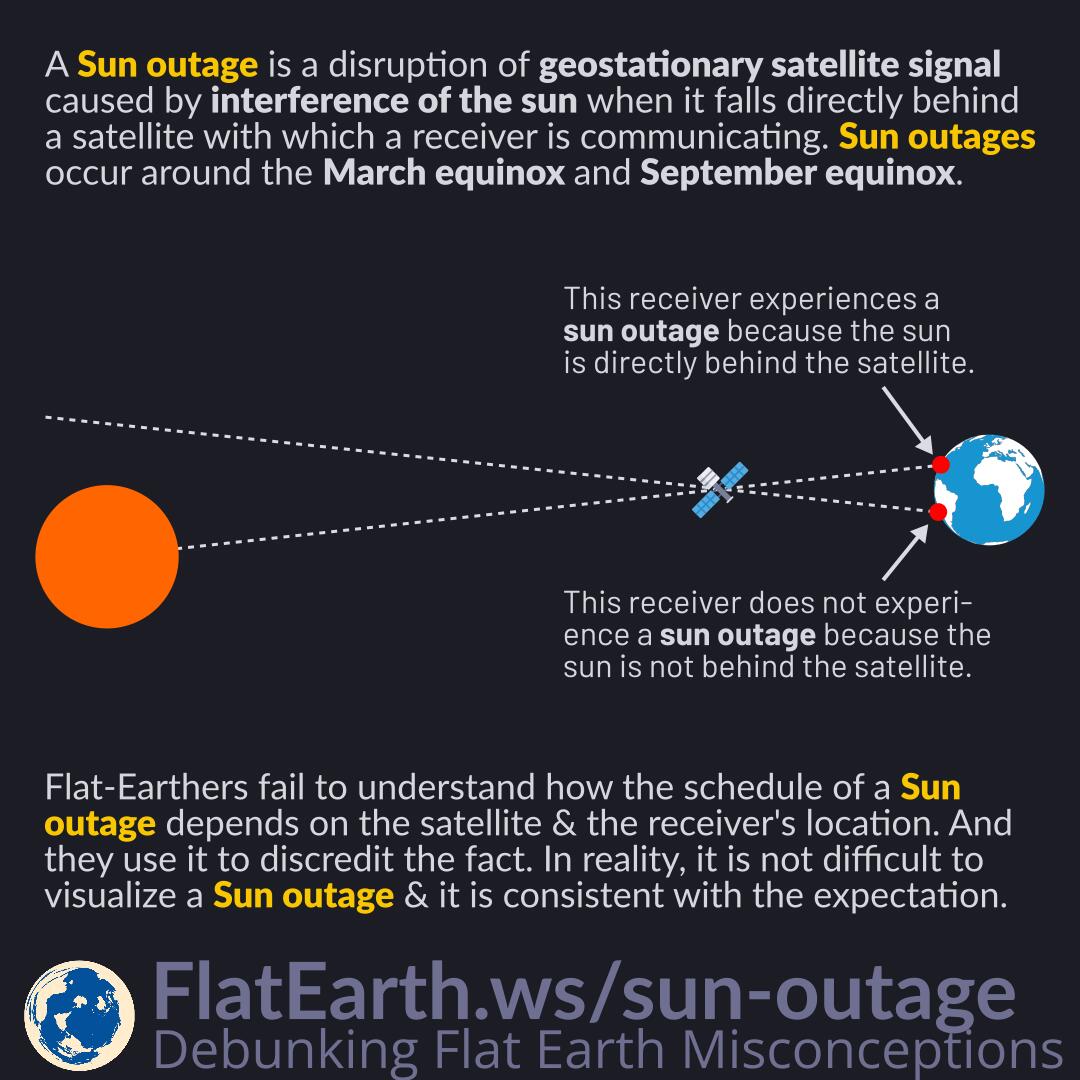 A Sun outage is a disruption of geostationary satellite signal caused by interference of the sun when it falls directly behind a satellite with which a receiver is communicating. Sun outages occur around the March equinox and September equinox.

Flat-Earthers fail to understand how the schedule of a Sun outage depends on the satellite and the receiver’s location. And they use it to discredit the fact. In reality, it is not difficult to visualize how a Sun outage occurs, and it will be consistent with the expectation.