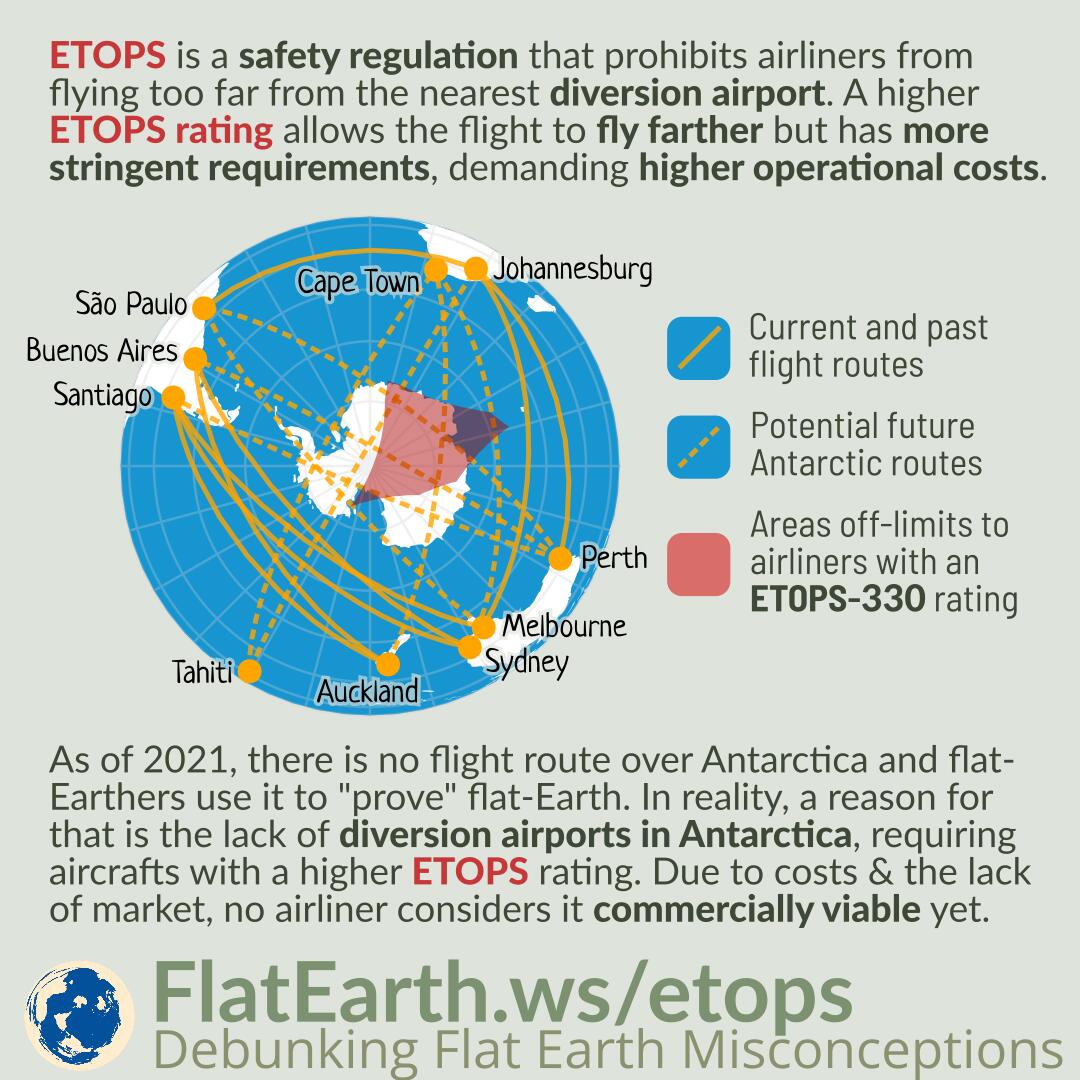 ETOPS is a safety regulation that prohibits airliners from flying too far from the nearest diversion airport. A higher ETOPS rating allows the flight to fly farther from the closest airport but has more stringent requirements, demanding higher operational costs.

As of 2021, there is no flight route over Antarctica, and flat-Earthers use it to “prove” a flat Earth. In reality, a reason for that is the lack of diversion airports in Antarctica, requiring aircraft with a higher ETOPS rating. Due to costs & the lack of market, no airliner considers it commercially viable yet.

Before February 2015, the ETOPS rule only applies to twinjets. Quadjets are not limited by ETOPS. It is the reason that southern polar routes are serviced by large four-engine aircraft like the Boeing 747. Quadjets manufactured after February 2015 get ETOPS-180 on roll-out and can apply for a higher ETOPS rating.

Quadjets are less efficient than twinjets. They are also large and carry a lot of passengers. It means only routes between large urban centers can regularly fill a flight, and even so, not for every day, or even every week. Only 10% of the entire human population lives in the Southern Hemisphere, and we can see how it further contributes to the lack of availability of flight routes between two locations in the Southern Hemisphere.

The following are the potential future routes that will fly across Antarctica. The numbers in parentheses are the population of the urban centers.