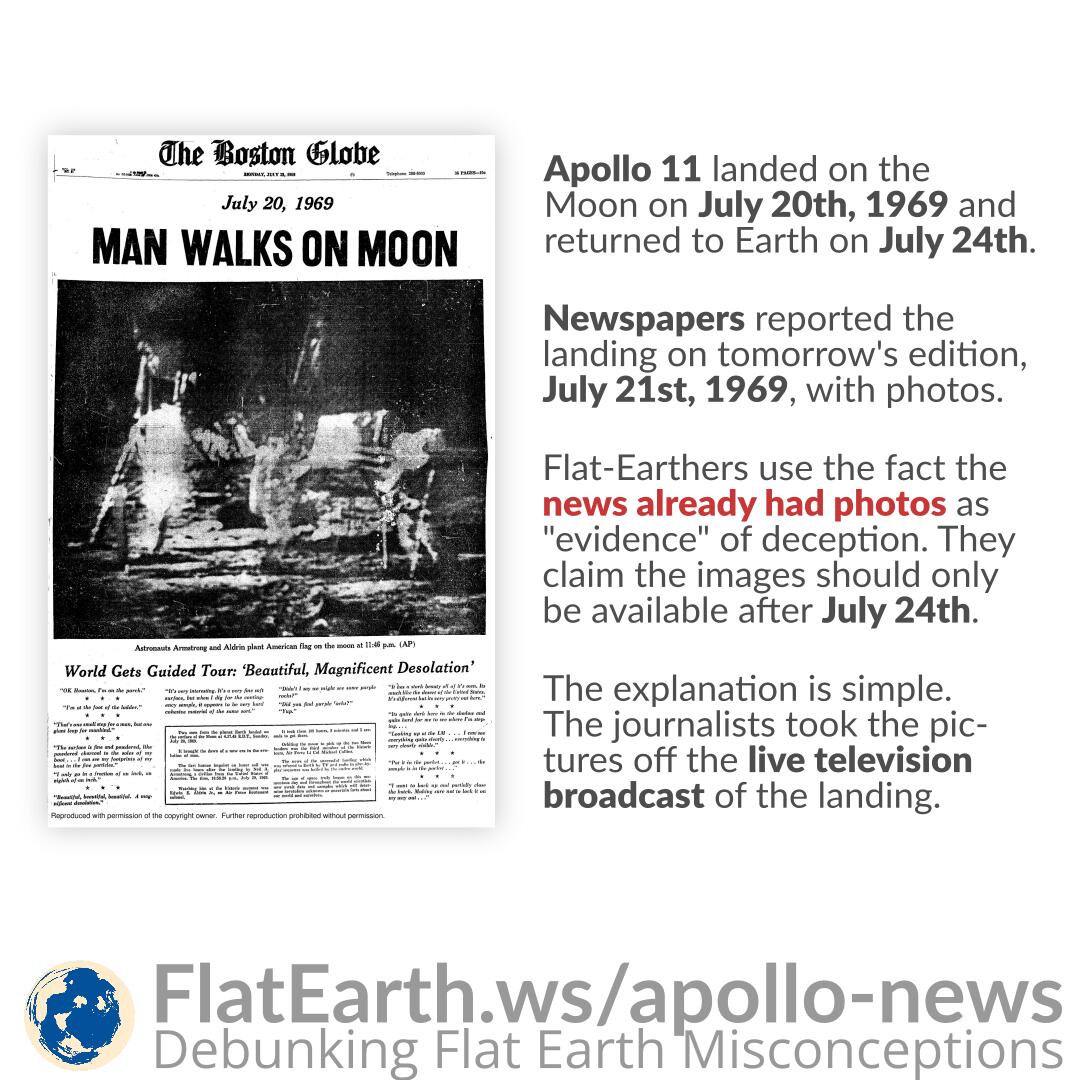 Flat-Earthers use the fact that the newspapers already had photos as “evidence” of deception. They claim the images should only be available after July 24th. The explanation is simple. The journalists took the pictures off the live television broadcast of the landing.

In today’s situation, it is analogous to taking a screen capture off a YouTube video, a simple task that even flat-Earthers themselves can accomplish.