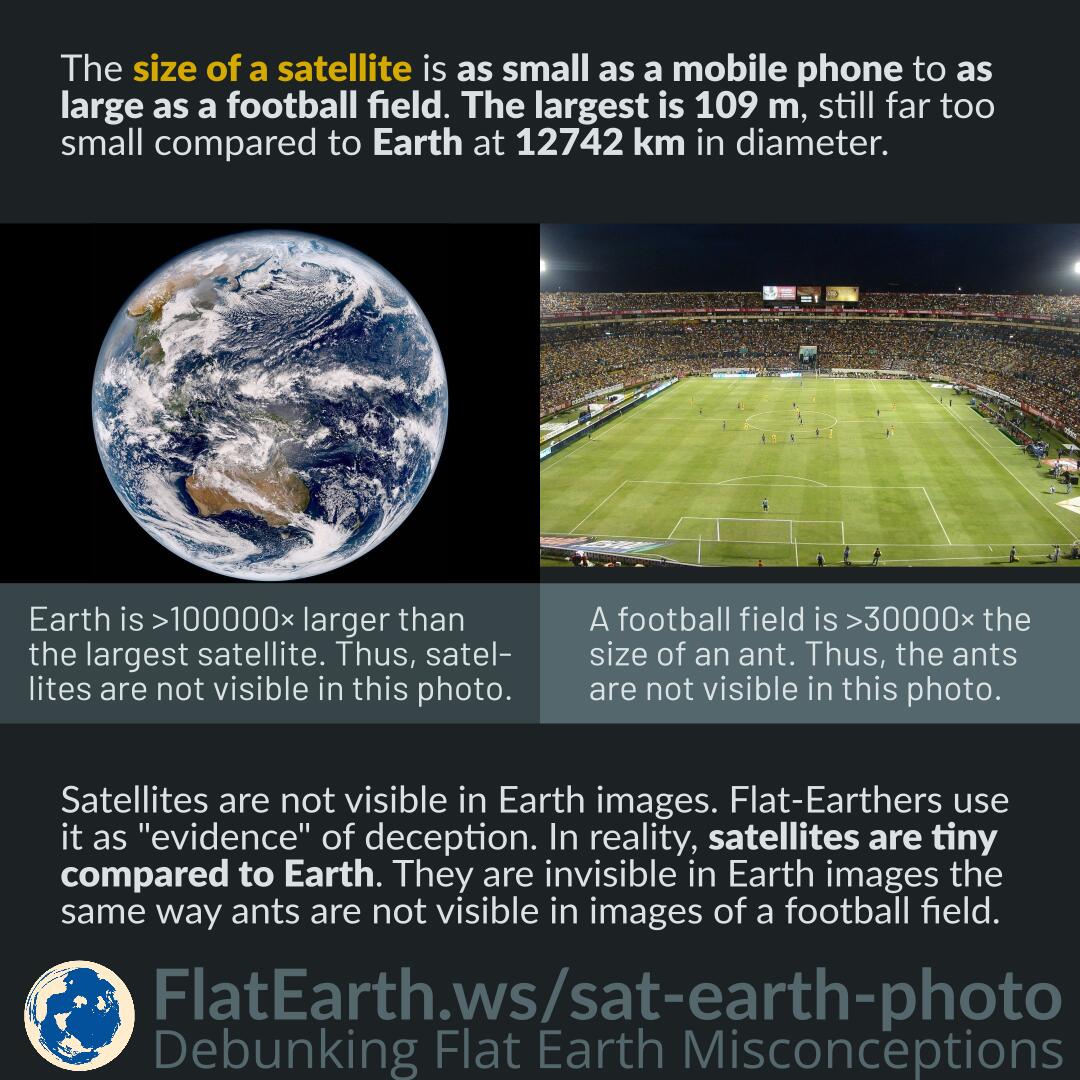 A satellite’s size is as small as a mobile phone to as large as a football field. The largest is 109 m, still far too small compared to Earth at 2742 km in diameter.

If the ant is not visible in a photo of an entire football field, then a satellite in an image of Earth is even less visible.